Removal of the lights will begin at 8 a.m. Monday, June 14, and is expected to take ten weeks to complete, city leaders said. 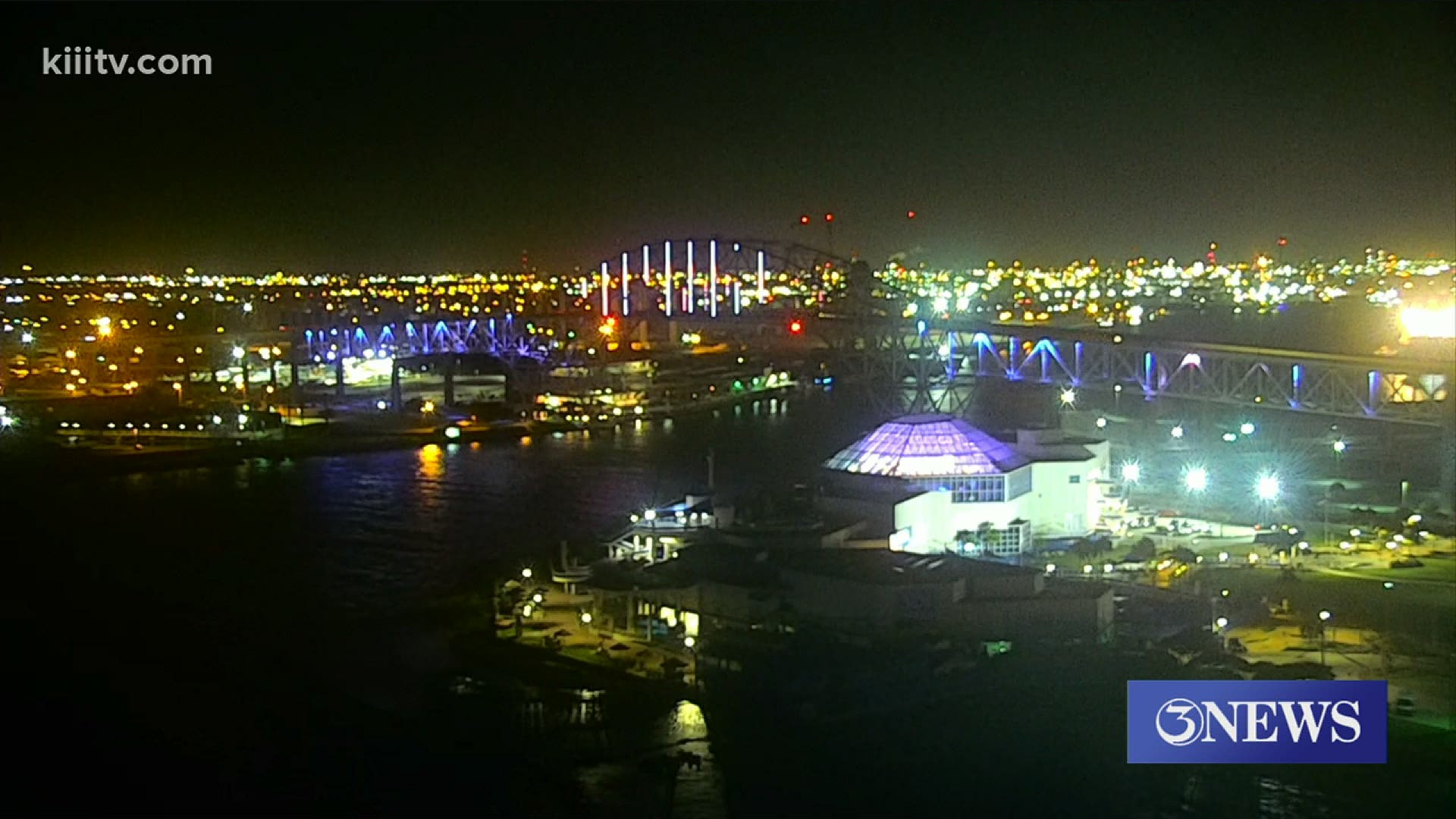 CORPUS CHRISTI, Texas — Corpus Christi City Council has approved the removal of the decorative lighting system on the Harbor Bridge.

According to City Manager Peter Zanoni, the lights have outlived their life span by six years and have begun to erode.

The last night of illumination on the 62-year-old Harbor Bridge was on Sunday, June 13.

Removal of the lights will begin at 8 a.m. Monday, June 14, and is expected to take ten weeks to complete. Electrical power to the decorative lighting system will be terminated Monday, June 14.

The lights weren't just pretty to look at, but often supported local school sports teams and charitable causes. The lights honored fallen officers and even brought awareness for issues like childhood cancer.

During its regular meeting Tuesday, City Council approved the removal of the lighting system by Pfeiffer & Son, LTD at the cost of $448,725.00. The same company installed the lights in 2010. 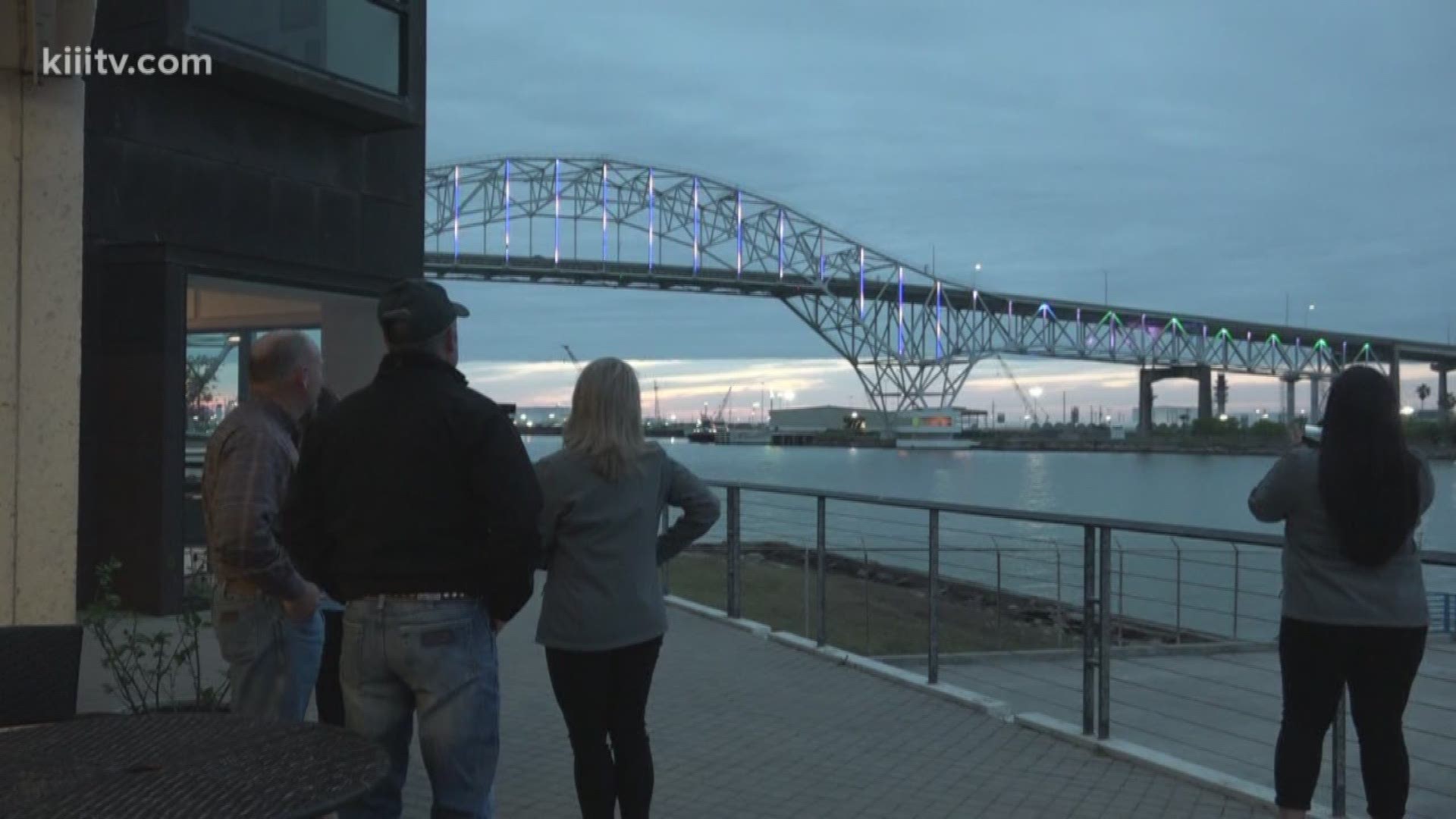 Funds for the removal come from the City's general fund with in-kind service agreements from the Port of Corpus Christi and the Texas Department of Transportation worth approximately $150,000 each.

The new Harbor Bridge is being built with an elaborate decorative lighting system.

Instead of using funds to replace them, which could be one million dollars, they will remove them using the city's general fund with in-kind service agreements from the Port of Corpus Christi and Texas Department of Transportation. 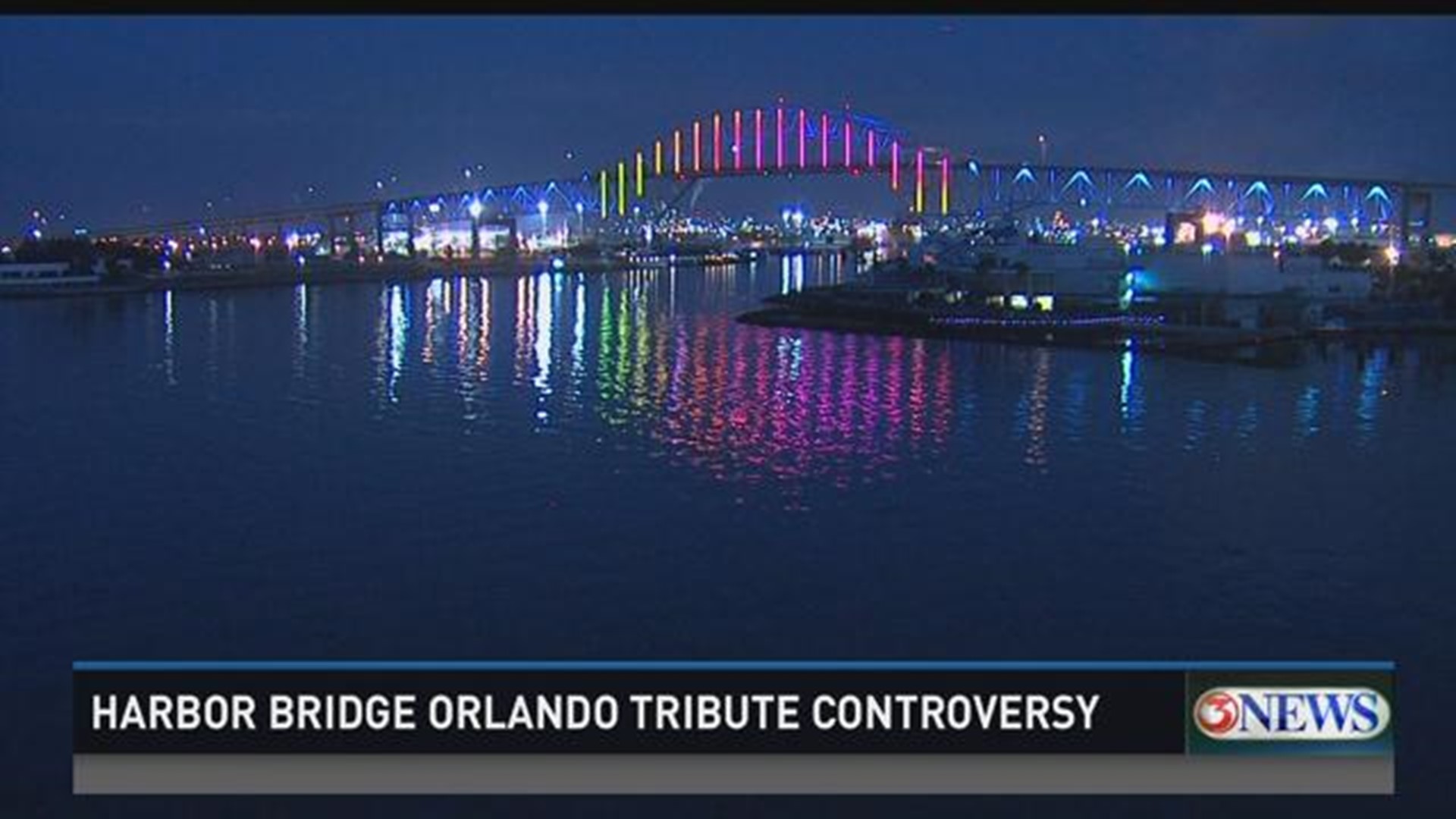