The fire, burning in Southern Oregon, has grown to 399,359 acres, moving past the 2014 Buzzard Complex Fire to become the state's third-largest wildfire. 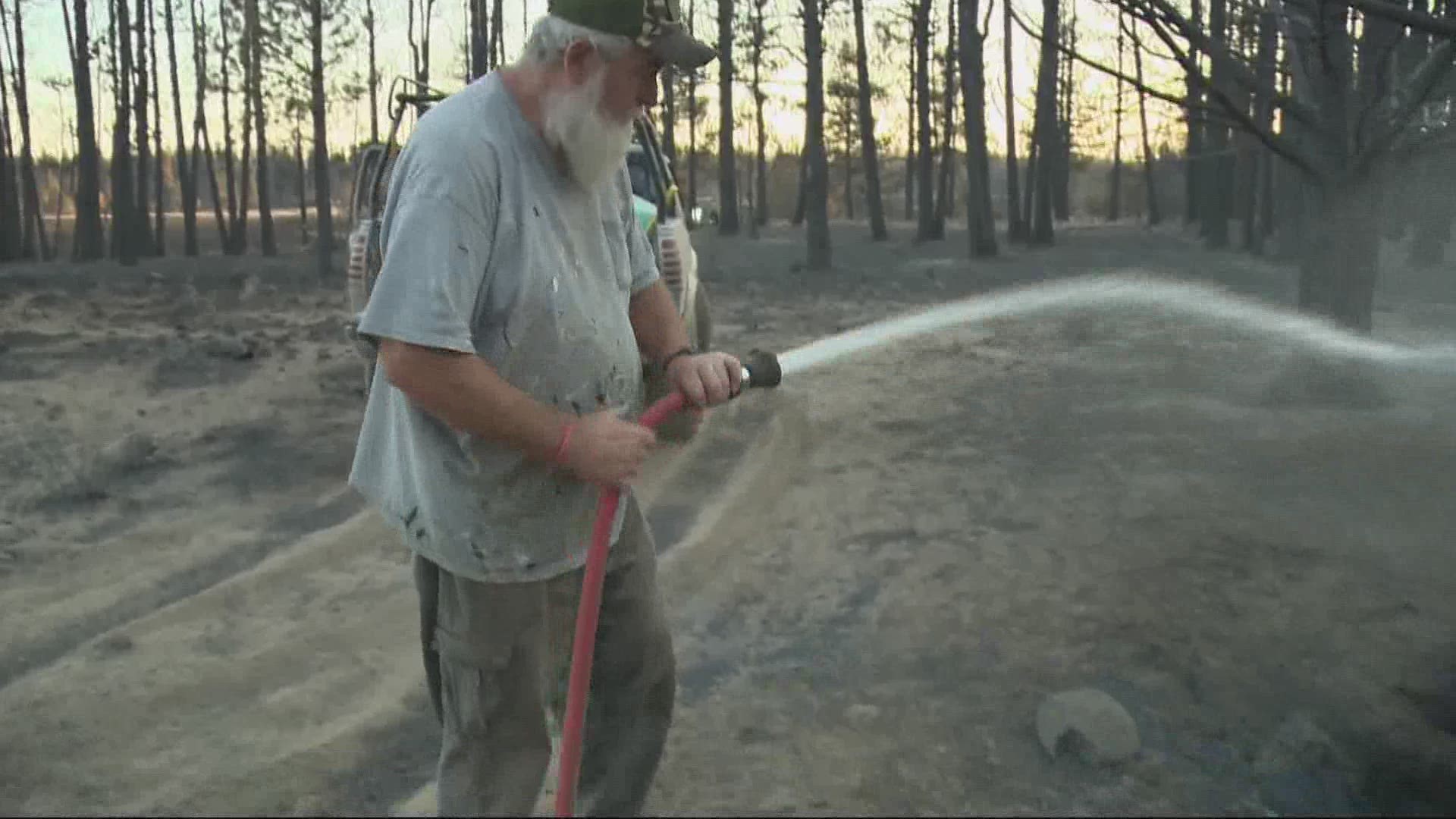 Officials say the fire was caused by lightning on July 6.

As of Friday, July 22, the fire has already burned 400,389 acres, which translates to nearly 626 square miles  — an area larger than the city of Los Angeles. The fire is 40% contained and has more than 2,300 personnel working to get it under control.

These are four largest wildfires in the state's history:

Fire officials said 67 homes and 117 minor structures have been destroyed. A large but rural area is under Level 3 "go now" evacuation orders. Click here to see an evacuation map.

The fire burned an estimated 3,000 acres on July 7, the day after lightning started the fire in the Fremont-Winema National Forest, northeast of Klamath Falls. It quickly ballooned in the first week, doubling in size multiple days in a row.

A little over a week after it started, fire officials said the Bootleg Fire was showing extreme behavior that was actually changing the weather around it, making it too dangerous to attack at times.

KGW Chief Meteorologist Matt Zaffino noted that Oregon's four largest wildfires on record have all occurred within the last two decades. He said part of the reason for that has to do with climate change.

"We need to adapt our fire strategies as climate change is contributing to bigger fires and a longer fire season," he said, adding that about 80% of wildfires in Oregon are human-caused.

But there are other elements at play as well, and it has to do with past efforts to prevent forest fires.

"In the past, frequent, low intensity fires were the rule," Zaffino said. "Now our fires tend to burn hotter because they have more fuel to work with, in some cases because of past fire suppression practices that allowed for woody debris to build up over decades."

Here's a breakdown of how the much the Bootleg Fire has grown each day:

Day to day, the growth of the fire has ranged from a few thousand acres to tens of thousands of acres. On Tuesday, July 20, it jumped from nearly 304,000 acres to more than 388,000 acres — the largest single day of growth the fire has seen.