Experts say Saharan dust in the atmosphere has made its way to the Coastal Bend and into our bays and Gulf waters, and marine biologists say its actually more harmful than people think. 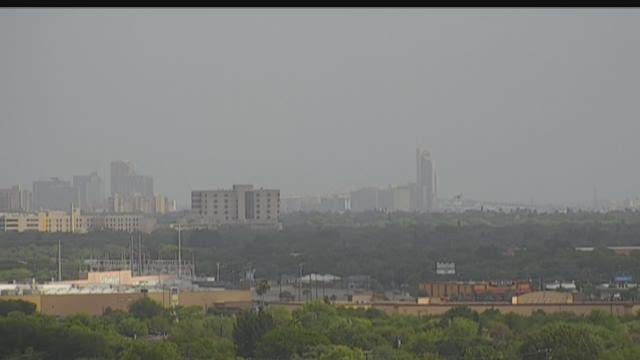 Experts say Saharan dust in the atmosphere has made its way to the Coastal Bend and into our bays and Gulf waters, and marine biologists say its actually more harmful than people think.

According to marine biologists, the dust can, among other things, increase growth of the flesh eating Vibrio bacteria.

Wetz has been conducting a study since 2014 on the relationship between the Saharan dust and the growth of bacteria like Vibrio in Gulf water, finding the iron and nitrogen in the dust acts as a catalyst for Vibrio to grow quickly. It's not just Vibrio, but another bacteria many are familiar with around the Coastal Bend -- the red tide.

"Looking at how it affects red tide growth, because that's another organism we know at least over in Florida is affected by dust," Wetz said.

Wetz said the long-term concern is that climate change would cause more dust to travel through the air toward our region, but short-term, the study should help with preventing critical or fatal illness.

"The main idea is to get a better idea of what controls the Vibrio so we can hopefully prevent outbreaks in the future," Wetz said.

Though he says this shouldn't cause fear, he doesn't think many people know of the connection between this kind of dust and that kind of bacteria, and hopes his studies can continue to keep families aware of the risks in the water.

Remember, the best way to protect yourself from Vibrio is to make sure you don't get in the water with any open wounds on your body.