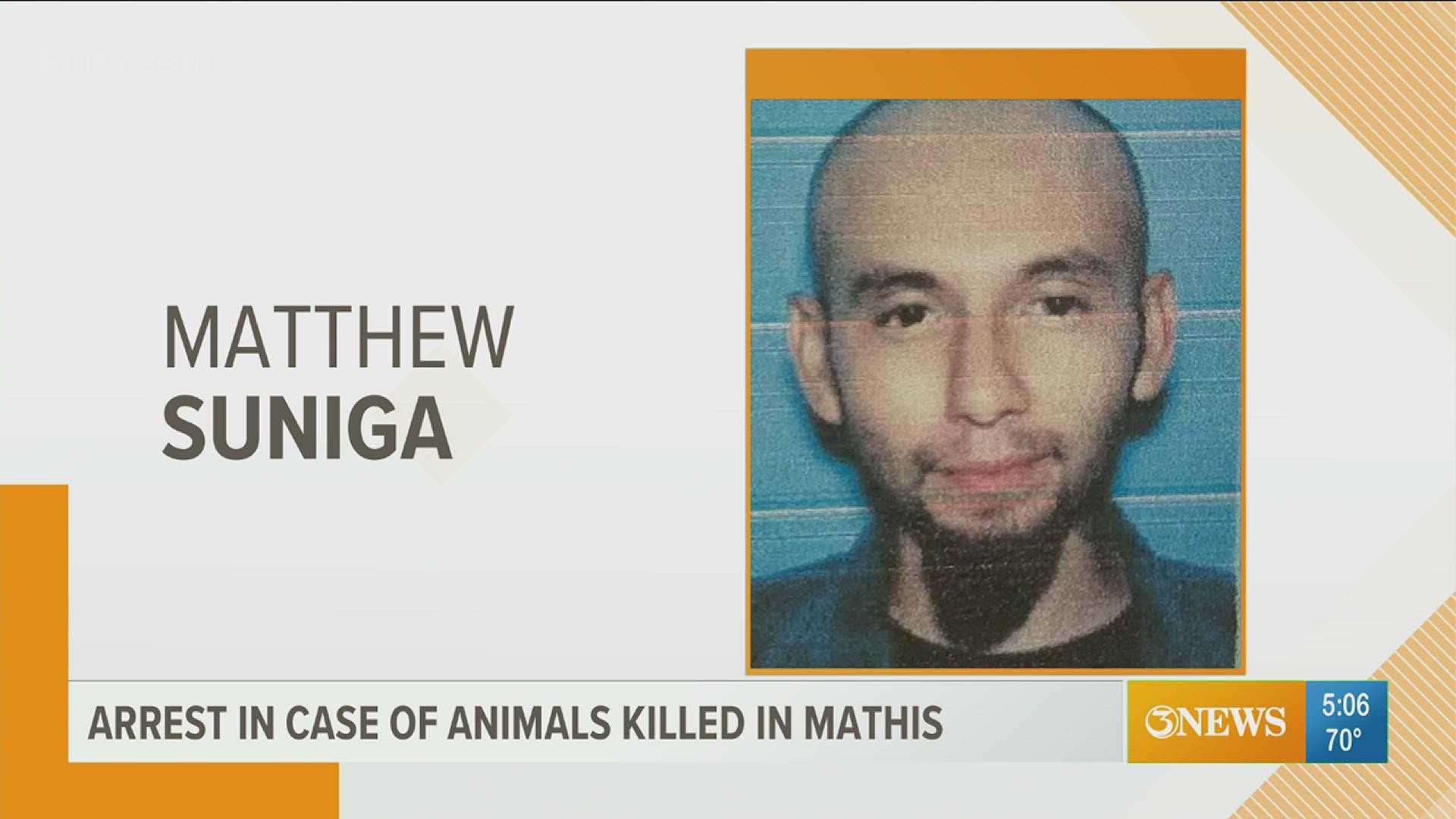 MATHIS, Texas — A suspect has been identified in the killing of animals at the Mathis High School Ag Barn.

Matthew Suniga, 30, confessed to killing the animals, and claimed he was cursed, Chief Scott Roush with Mathis Police Department told 3News. Killing the animals was the only way to end that curse, Suniga told police.

Roush said 10 felony warrants were issued for Suniga, who was arrested Wednesday.

Last Thursday, Mathis students arrived at their Ag Barn to discover that several of the animals they'd been raising were dead.

Beverely Deleon, said it was her son’s third year in FFA, and luckily his show pig was one of the ones that survived. However, as part of the FFA family, she is at a loss for the those who weren’t so fortunate.

"You know, seeing these kids crying," Deleon said. "The ones that were there already, some of them had no idea. I called some of the parents we knew, they were getting there and just broke down, it was such an ugly scene," Deleon said.

Rodriguez said the animals who were still alive were taken to a veterinarian.

Both Deleon and Rodriguez said they want answers as to what happened to the livestock animals.