For a local mom, one pill took her daughter away. Now, she wants to educate the public so that parents don't have to go through this. 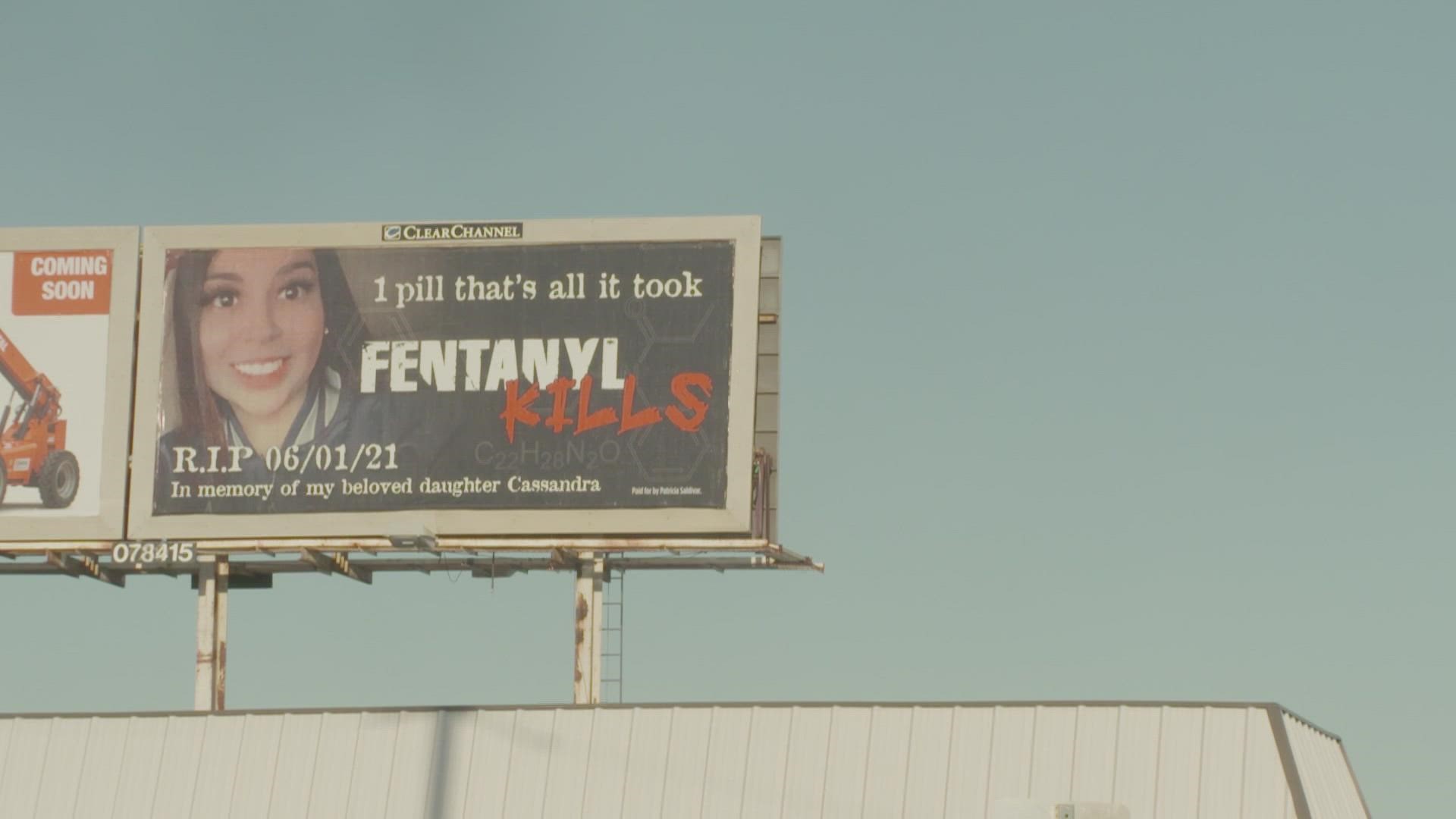 ARLINGTON, Texas — Just last week, the Drug Enforcement Administration made a major announcement, saying there have been 93,000 overdoses across the nation. And, right here in North Texas, the number of deaths is rising.

For a local mom, one pill took her daughter away.

Have you seen this billboard next to AT&T Stadium?

That mom is now on a mission to raise awareness so no other parent ever has to go through this alone.

“She was strong,” said Patricia Saldivar.

Patricia Saldivar’s daughter Cassandra was the light in her life.

“She was my mini-me,” said Saldivar.

Over Memorial Day weekend, the 22-year-old died after taking one pill.

Have you seen this billboard when going to a @dallascowboys game?

A mother from North Texas lost her 22 y/o daughter to a Percocet laced w/fentanyl pill.

The mother is raising awareness by renting this billboard for $2100.

“She took a Percocet, and it was laced with fentanyl.. and that took her life,” said Saldivar.

Leaving her 2-year-old son, now without a mother.

Saldivar described the hours before her daughter's death.

“'Well mom, I’m having anxiety. something in my stomach,'” said Saldivar.

She said her daughter missed a doctor’s appointment by a few minutes, and someone ended up giving her a pill.

“I don’t know where she got it from,” said Saldivar.

Over on the busy Division Street, next to AT&T Stadium in Arlington, the mother is now renting a billboard during the busy football season.

“Dallas Cowboys stadium is right here... a lot of kids around here, look at them, is that all, one pill?” said Saldivar.

Saldivar is paying $2,100 dollars for this billboard from her own pocket for the next four weeks, hoping to educate everyone.

“That one pill can change everything,” said Saldivar.

Saldivar is now making it her mission to raise awareness. She’s been going around to local schools, from middle school to high school, handing out fliers. She’s sharing her story and letting people know that one pill can kill.

Last week @DEADALLASDiv announced there have been 93-thousand overdoses across the nation.

These fake pills laced with fentanyl, are being sold on the streets of North Texas.

Those pills are making it to the streets of North Texas.

“Don’t take anything, unless it’s prescribed to you,” said Saldivar.

According to MedStar, in Tarrant County alone, there have been at least 100 fentanyl overdoses, and those numbers are expected to rise.

“If you need help, get help,” said Saldivar.

Saldivar plans on raising awareness and has started a GoFundMe page to help pay for campaigns.