Louisiana woman upset with conditions at cemetery in Groves

A woman from Shreveport tells 12News, Greenlawn Memorial Park is not taking care of a section in the back of the cemetery, Johnson Memorial Park, where her loved ones are buried. 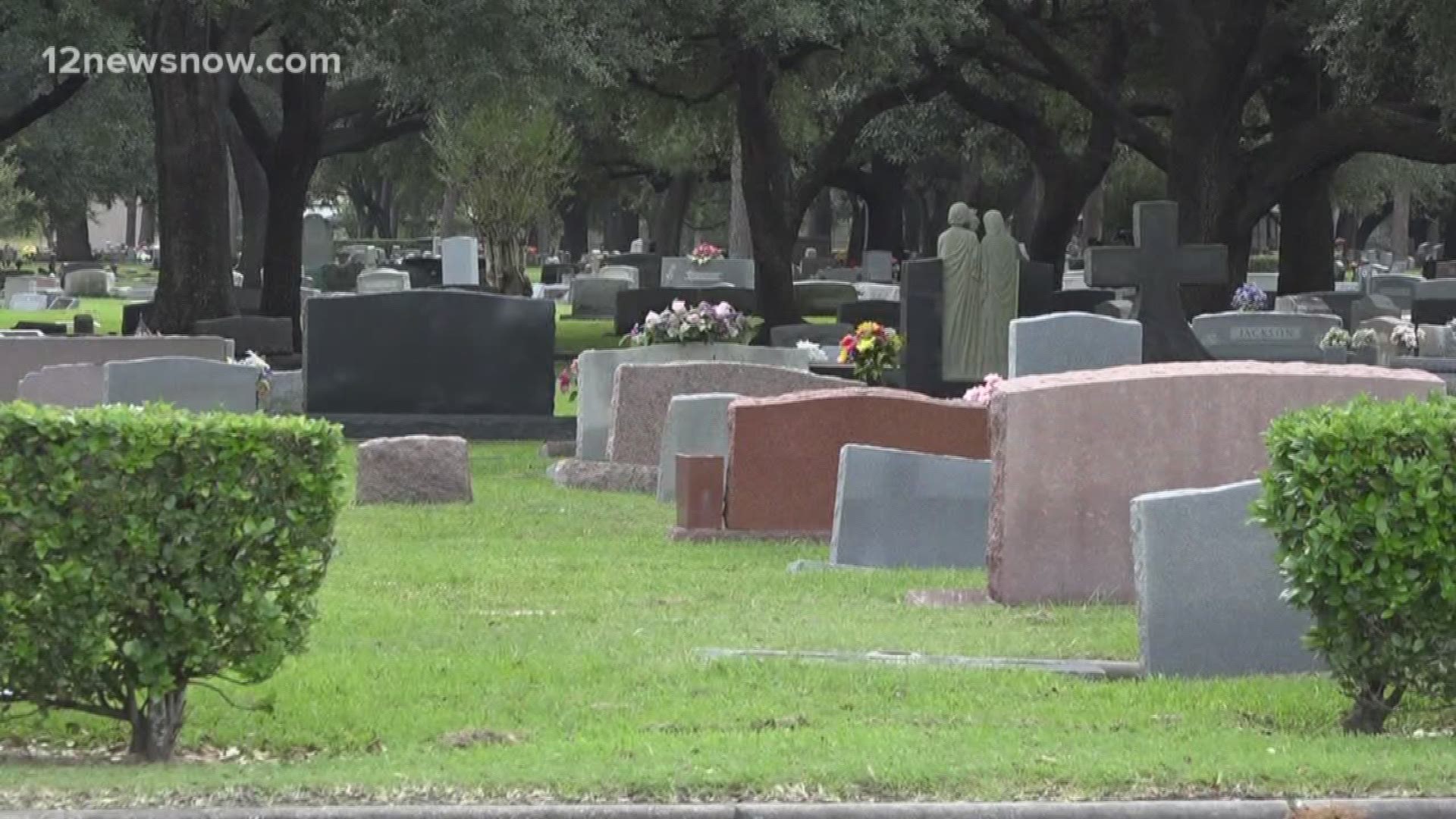 GROVES — A woman from Shreveport, Louisiana claims Greenlawn Memorial Park is not taking care of a portion in its cemetery where her loved ones are buried. Lady Carlson grew up in Port Arthur and tells us her grandmother as well as aunts, uncles and cousins have been laid to rest at Johnson Memorial Park in Groves.

Johnson Memorial Park is located in the back of the cemetery. It's a section Carlson claims isn't being treated with the same respect as the front.

"Many of the headstones are tilted," says Carlson. "When the grass is cut, the workers don't always replace the headstones on the proper grave. My uncle's headstone was placed on somebody else's grave."

Carlson spoke with 12News via FaceTime from Shreveport. She tells us she routinely makes the three- plus hour drive from Louisiana to Groves and says the cemetery conditions have worsened over the past year.

"The first time I went, I complained to the manager who assured me that he would take my complaints seriously and that he would check and correct the things that I had talked to him about," she said.

Her frustration also includes pine needles being left on graves along with tire marks and mud throughout the area.

Greenlawn Memorial Park was founded in 1898 and is one of the largest cemeteries in southern Jefferson County, covering 90 acres. A representative from Greenlawn says the two cemeteries used to be separated before Greenlawn took over Johnson. Carlson tells 12News only African-Americans were buried in Johnson Memorial Park for a period of time.

According to Carlson, veterans and other nationalities have since been laid to rest in the section.

"I'm not only worried about it, but I'm very upset because there are veterans from WWI and WWII that are buried there," says Carlson. "I feel it's a desecration of their graves to take care of it. It may not be people painting graffiti, but if you're not maintaining it I think that's desecration as well."

“Greenlawn Memorial Park is committed to providing all families with a well-maintained environment for visitation and remembrance. We are addressing the concerns from our client families and have scheduled a meeting to discuss maintenance needs and solutions. We value the relationships we have with our client families and encourage anyone with concerns to contact us directly.”

Carlson confirms she plans to meet with a representative on Monday.