His house has flooded in at least ankle-deep water three times now. 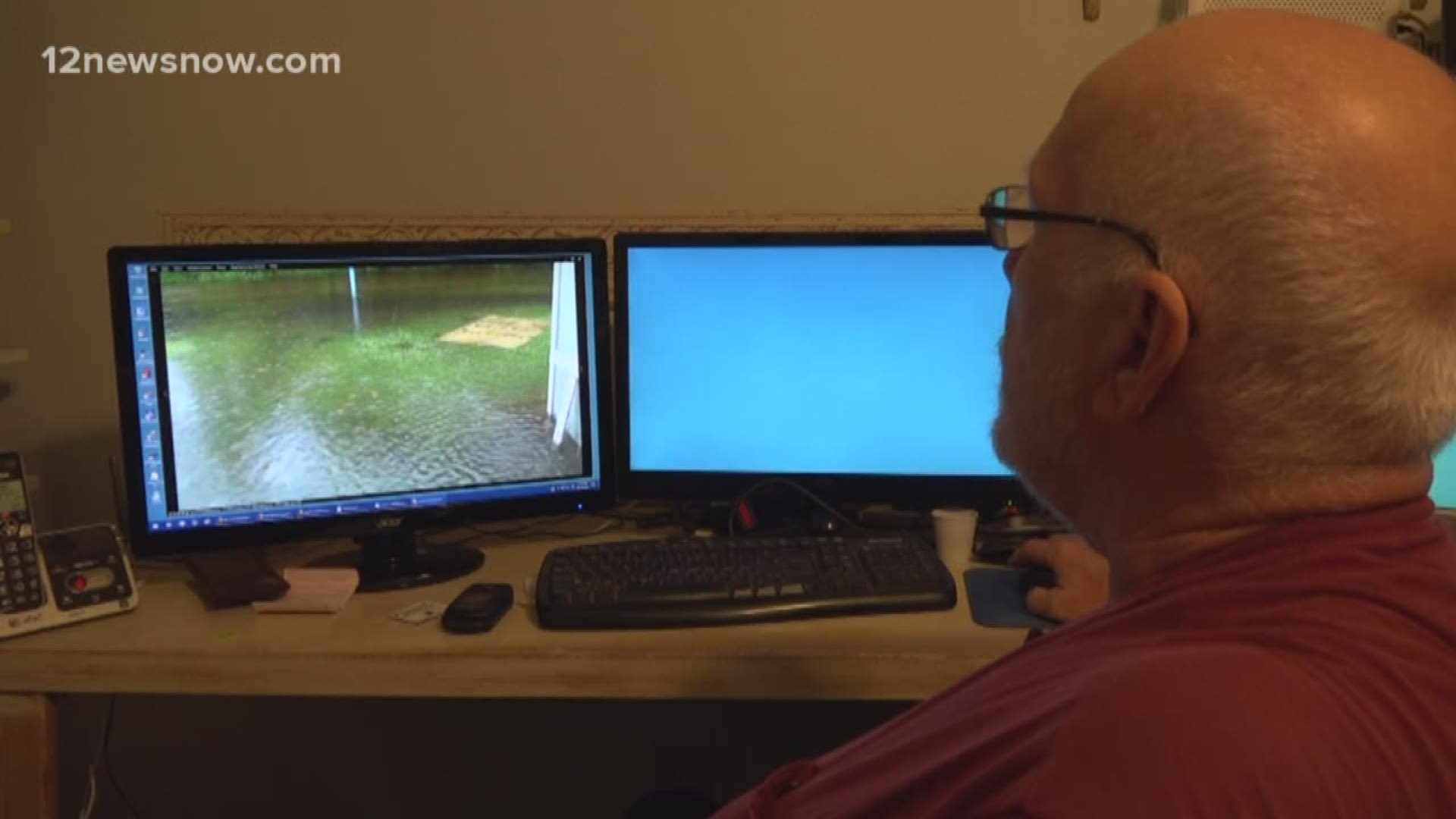 LUMBERTON, Texas — Dennis Ebert built his home on Callahan Lane off of Keith Road in Lumberton himself around 1982. When trees were cut down from a nearby wooded area about two decades ago, that's when his flooding frustrations started. His house has flooded in at least ankle-deep water three times now.

"I've called everybody form the people that are here, to Hardin County people, I've even called the Hardin County Sheriff," explained Ebert.

The ditch in front of his home is supposed to go all the way to Keith Road. That's where it gets backed up, according to Ebert.

"It's just getting something done is almost impossible," he said.

Ebert was finally able to get county commissioner Ken Pelt to look into his problem. Since then, Ebert said the ditch was cleaned out for the first time since he's lived in the area.

RELATED: Lumberton residents begin to clean up homes off Keith road after Harvey

For the first time in years, Ebert said the ditch is draining. However, even since it was cleaned, it's still not draining properly, according to Ebert.

"At about 6:30 this morning, water was over the street here," he said, "It was completely up and over the road from that ditch to this ditch."

The retired veteran can't take another flood. At 70-years-old, Ebert said he's in debt now, "like you wouldn't believe," from having to make repairs to his home. Despite his frustrations, he'll never move. If someone could just get the ditch draining a little better, Ebert said he would be happy.

"When you see it draining across the street right into my front door, then you know you've got a problem, and when you've got a big problem something needs to be done," Ebert said.