Deputies said the suspect's younger half brother wrestled away the letter opener to stop the attack. 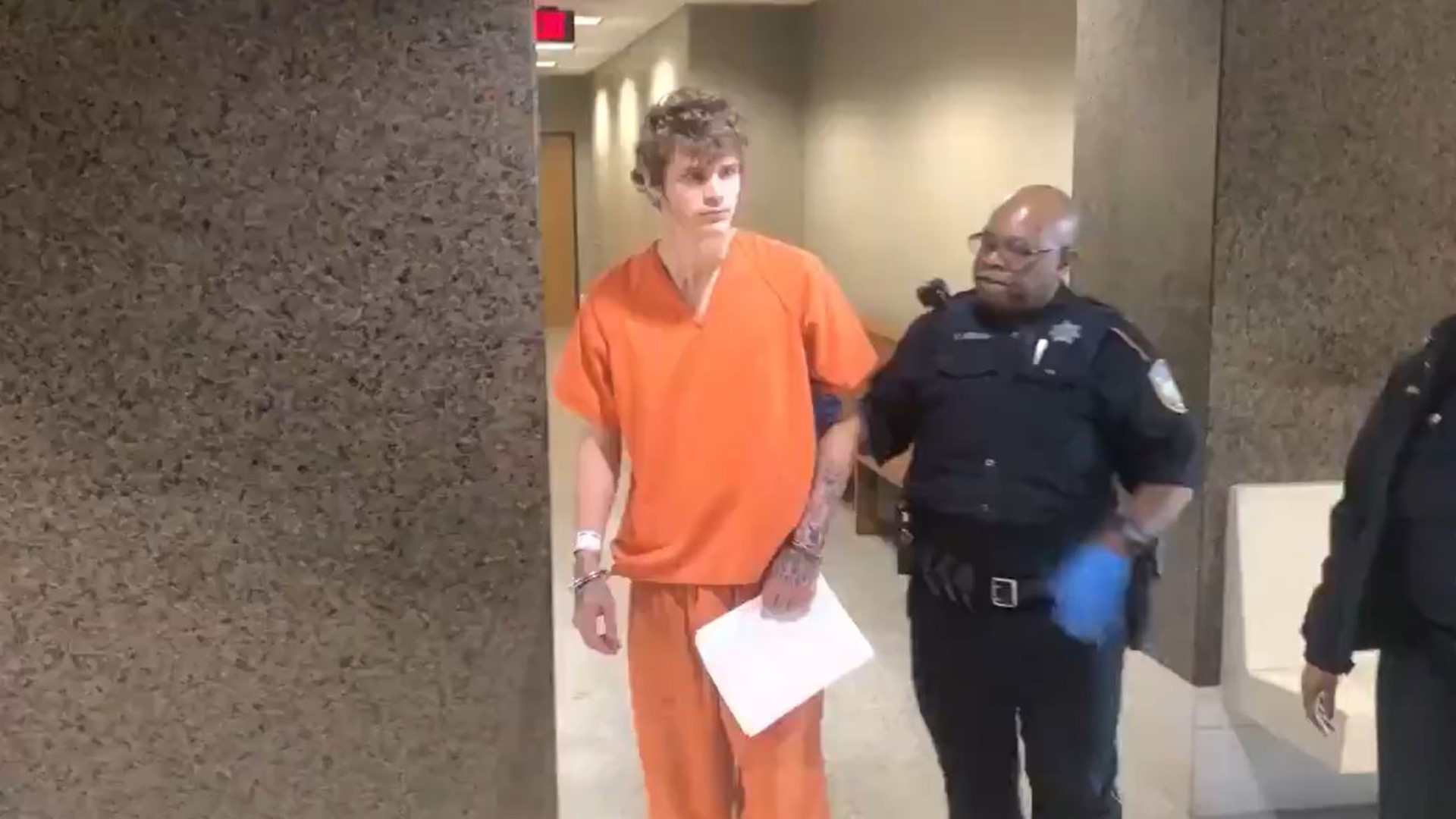 HOUSTON — A judge set the bond for the man accused of stabbing his great grandparents over the weekend at $240,000, citing a lengthy criminal history of violence against his family members.

Lucian Johnston, appeared shackled before a judge Tuesday morning. He’d missed out on his probable cause court hearing after spending the night in the Harris County Jail's mental health unit.

When he was being booked at the jail, they say they found a knife on him and Johnston picked up an additional charge.

Johnston allegedly began stabbing the elderly couple in the head and neck with a letter opener. Investigators said Johnston's 12-year-old half-brother, who was also in the back seat, wrestled the letter opener away from Johnston and threw it out the window.

A probable cause hearing was held overnight, but Johnston did not appear in court. According to documents filed by prosecutors, he is charged with two counts of aggravated assault with a deadly weapon.

On Monday, the sheriff praised the suspect’s young brother for stopping the attack.

After the attack, the great grandparents stopped the car, and Johnston ran away. He was arrested Monday morning in the Mason Lakes subdivision.

Both victims are expected to survive. Overnight a judge granted an emergency protection order for the great grandparents. Fortunately both are expected to make a full recovery from their injuries.

Editor's note: An earlier version of this story indicated a pocket knife was used in the attack, as per deputies. Court documents filed later, however, indicated the weapon was a letter opener.