It was just after 8 a.m. Tuesday when police received reports of a suspicious person wielding a pipe in the 4500 block of Weber Road near Gollihar. 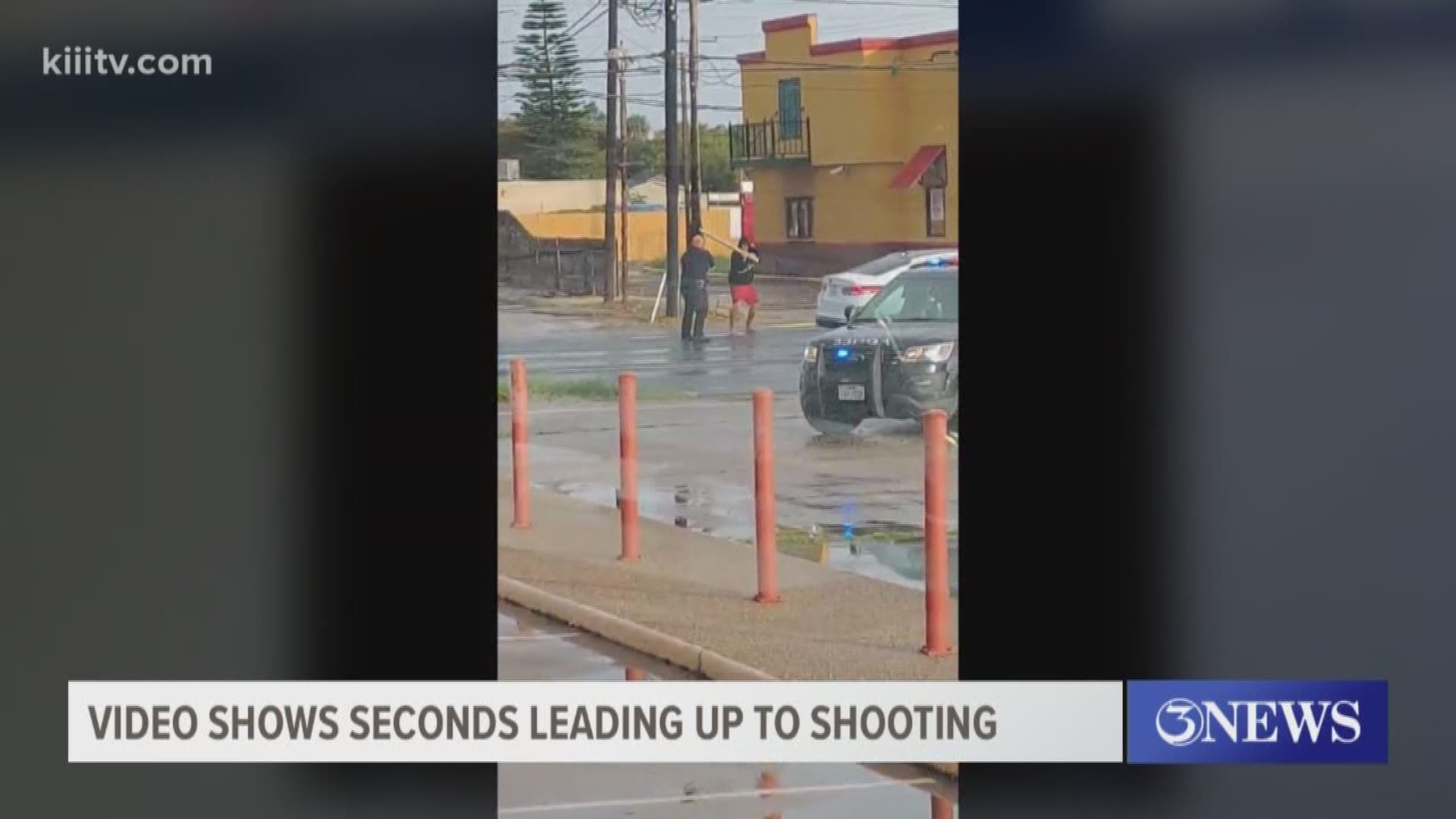 CORPUS CHRISTI, Texas — An investigation is underway into an officer involved shooting that sent a man to the hospital with multiple gunshot wounds Tuesday morning.

The Corpus Christi Police Department said the man who was shot was aggressively waving a pipe-like object at passing vehicles before taking aim at a responding officer. That's when the officer opened fire, striking the man multiple times.

It happened just after 8 a.m. Tuesday at the corner of Weber and Gollihar roads.

A nearby witness told 3News he saw the man walking down the street barefoot wearing a hoodie and shores before the commotion started. Then he heard the shots.

"It's shocking to see something like this happen," passerby Estephan Bueno said. "You never know."

A Ring Camera at a home in a nearby neighborhood captured the sounds of gunfire as the homeowner took out her trash.

"The gentleman turned and attacked the officer with the pipe," CCPD Chief Mike Markle said. "There were shots fired. The individual was struck and taken to the hospital."

"He didn't do what the cop said and the guy got aggressive and he shot him," witness David Saucedo said.

Saucedo said he saw the man walking down the street before the confrontation with the officer.

"The next thing I hear three shots go off and the guy is on the floor, pipe is right next to him," Saucedo said.

The man was taken to the hospital in unknown condition. Meanwhile, Chief Markle said the officer involved in the shooting has been placed on paid administrative leave, which is standard protocol.

As is often the case with shootings these days, footage of the incident was captured on cell phone video and posted to Facebook. The footage is quite graphic, but shows exactly what led up to the moment the officer fired multiple shots.

The Nueces County District Attorney's Office released a statement regarding the shooting at around 5 p.m. Tuesday asking that the public allow time for an investigation to be concluded, continuing to state that they "will review the evidence thoroughly and impartially."

You can read the full statement below: