Man struck by vehicle near Saratoga, Weber intersection as result of jaywalking

According to Corpus Christi Police Department Lieutenant, Cody Harrison the man did not see the vehicle coming in time. 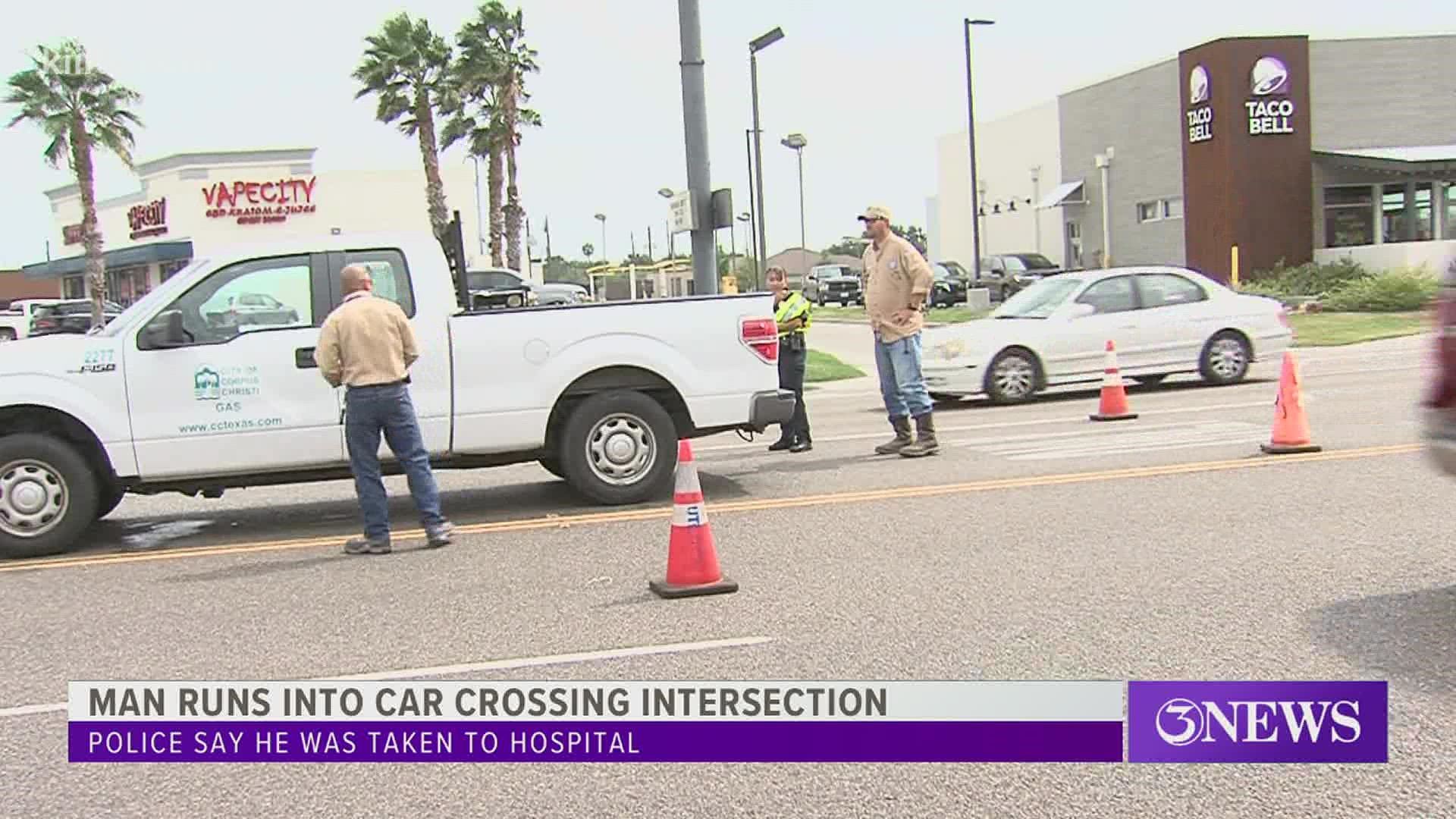 Police say a man was trying to cross the intersection without using the crosswalk. This resulted in him having to dodge multiple vehicles.

The man was actually hit by one vehicle, breaking its window and leaving behind a sizable dent.

According to Corpus Christi Police Department Lieutenant, Cody Harrison the man did not see the vehicle coming in time.

“At the last minute he couldn't see the car that was moving,” Harrison said.

The driver of the car that hit the man was an employee with the Corpus Christi Gas Department.

Police say he was not hurt and is not at fault for the accident.

According to authorities the man was taken to a local hospital. Police said he will be held responsible for the mishap.