Authorities believe the weapons were headed to a Mexican drug cartel. 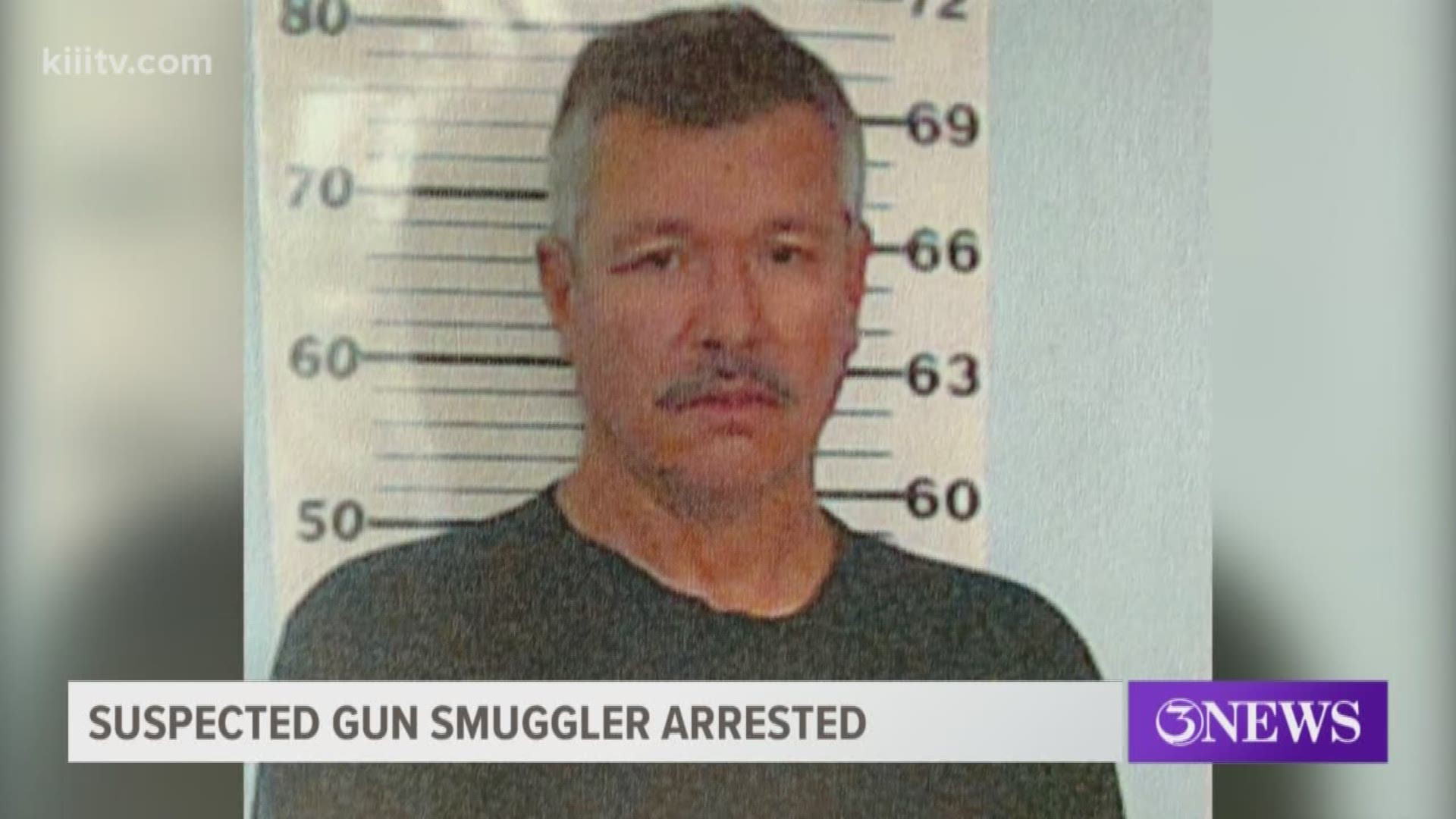 REFUGIO COUNTY, Texas — A Mexican national who authorities believe was trying to smuggle guns into Mexico is now in the Refugio County Jail on gun smuggling charges. His bond was set at $500,000.

The man was driving a vehicle with another in tow back to Mexico to resell it, but authorities said they already knew his trip didn't have anything to do with selling a vehicle.

"This man, Carlos Gonzales Mar, is in the Refugio County Jail charged with possession of four stolen guns and money laundering. His bail is set at $500,000. Authorities say he was the person behind the wheel of the truck towing the other vehicle where a total of 10 handguns were discovered hidden inside the transmission and oil pan," said Chief Deputy Gary Wright of the Refugio County Sheriff's Department.

An out-of-state tip allowed authorities to track the suspect and once he was spotted near Refugio along Highway 77, he was stopped on a traffic violation. Investigators thought they were going to find a large amount of cash but instead, they found the hidden weapons and about $11,000 in cash.

Authorities believe the weapons were headed to a Mexican drug cartel.