Man wanted for child sex crimes in Florida arrested in Nueces County. Officials say he was headed for Mexico.

Julio Aguilar-Lopez, 35, was wanted out of Florida on charges of sexual battery and false imprisonment of a child under 12 years old. 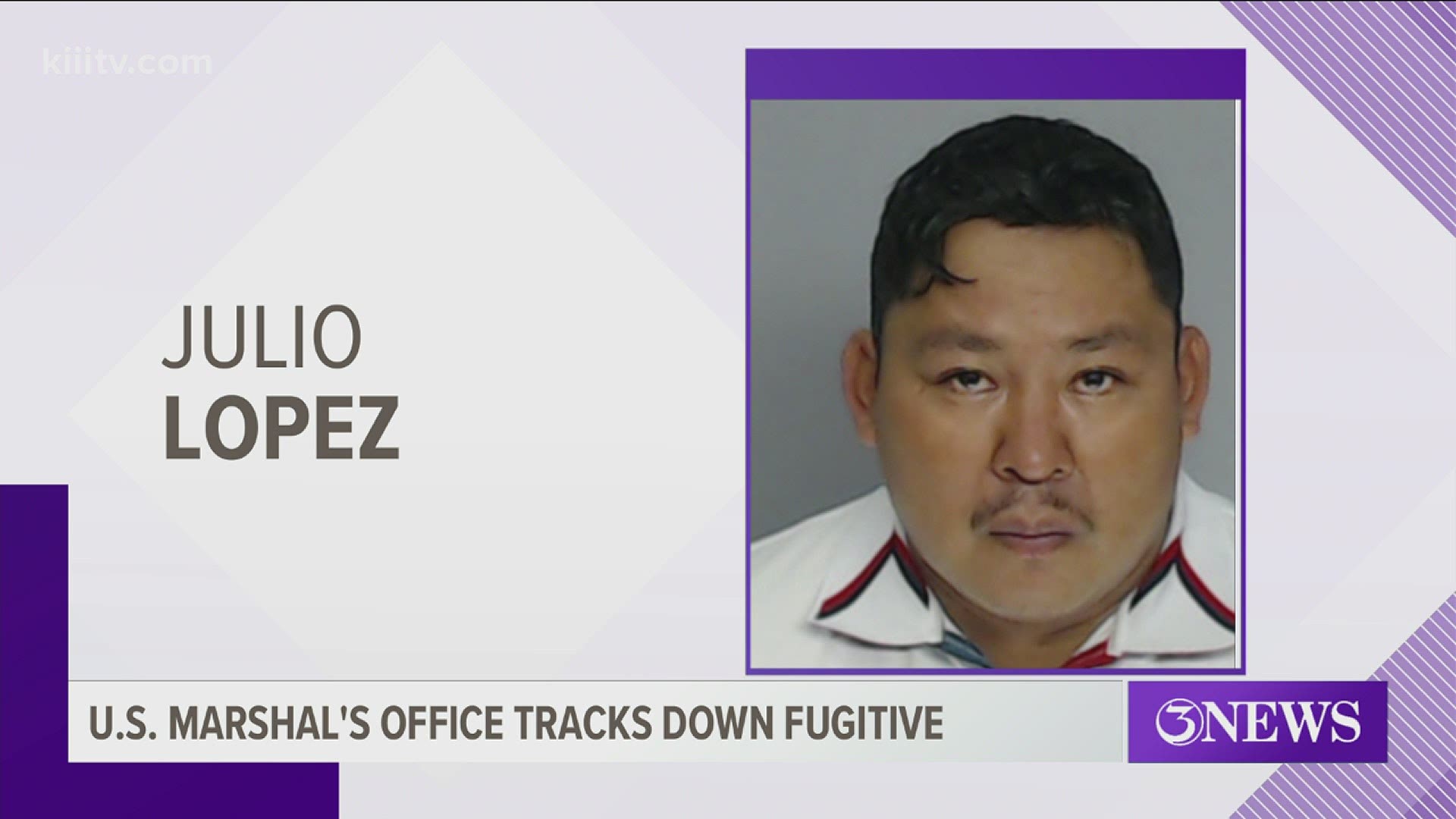 CORPUS CHRISTI, Texas — The U.S. Marshal's Office arrested a fugitive Friday before he was able to cross the Mexican border, officials with the Gulf Coast Violent Offender Task Force said.

Julio Aguilar-Lopez, 35, was wanted out of Florida on charges of sexual battery and false imprisonment of a child under 12 years old.

Agents with the task force said Lopez, who lives in Belle Glade, Florida, had bought a ticket for a bus headed to Mexico. Officers said they found him pretending to be asleep on that bus.

Lopez was in possession of several identifications with different names, but was positively identified by the clothing he was wearing and description listed on the warrant.

“ The U.S. Marshal Service Task Force prides itself and the relationships it has with all the law enforcement agencies in our area.  This is a perfect example what happens when we work together in locating violent fugitives’ that hurt our children and community that we live in.”  Stated Deputy U.S. Marshal Al Lujan.

Lopez was arrested and taken to the Nueces County Jail and will be held without bail until being sent to Florida to face those charges.