The removal of the building is making way for a new Rockport Center for the Arts complex. 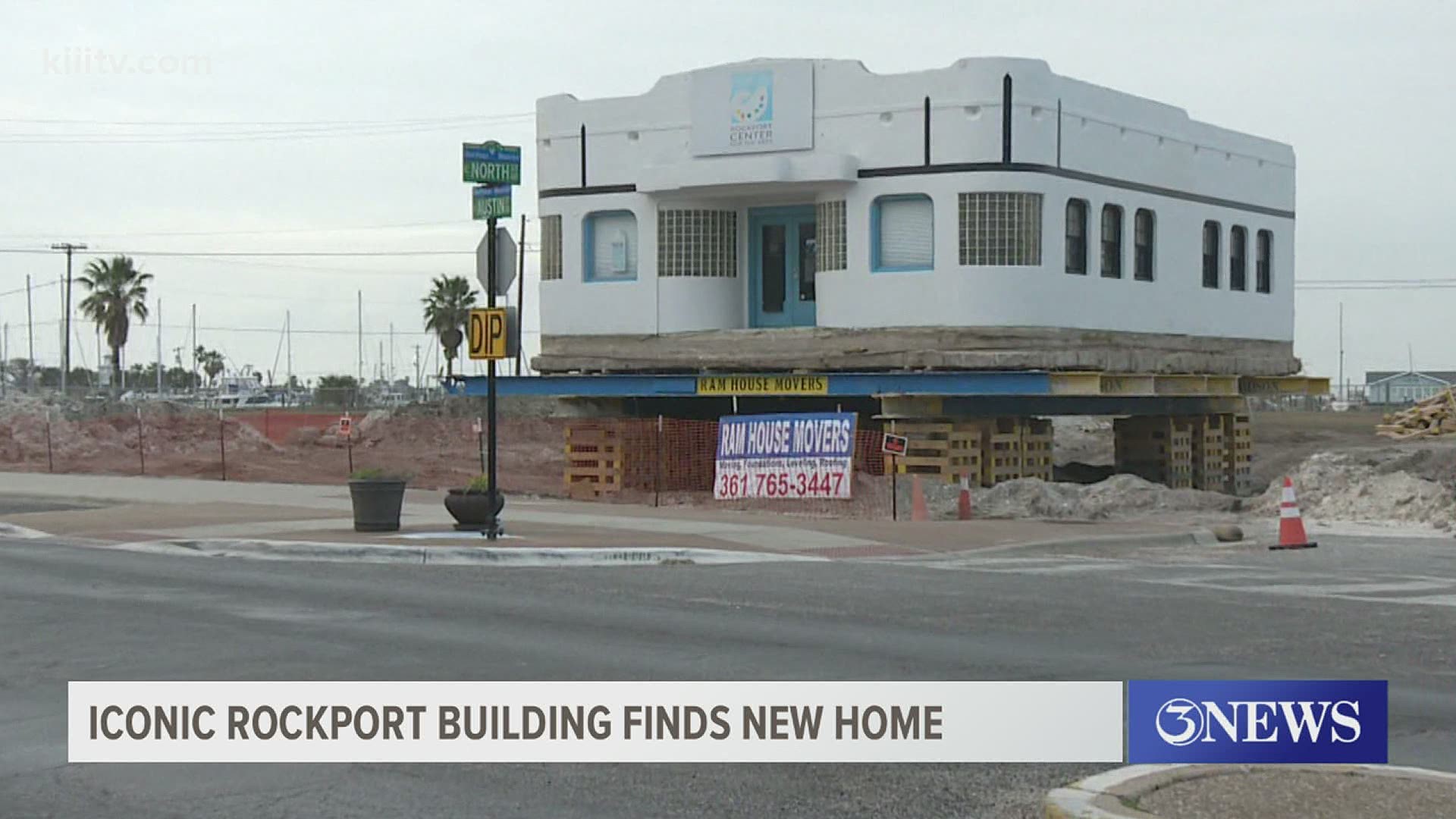 ROCKPORT, Texas — Many people will remember the structure as the old Kline's Cafe. Moving that large building won't be an easy task, but that is the plan all to make room for new development

In Rockport's Heritage District, where North Street meets South Austin, is where you will find it. A unique art deco building that has called the spot home since the 1940s will soon be on the move.

"People have been dropping by, telling stories about it. It's a landmark, there's no doubt about it," said Pam Stranahan who is with the Aransas County Historical Commission.

Stranahan knows just about everything there is to know about the history of the town including the story behind this stand out structure.

She said the location has served many roles over the years, but it all started with humble beginnings as a coffee shop in the 1930s where both businessmen and fishermen alike came in for their morning cup of joe. It was operated by the Davis Family.

"It burned in the 40s, so this building is from 1942 when it was rebuilt by the Davis family," said Stranahan.

It was eventually bought by Shorty Kline and his wife Gloria in 1968. Stranahan said most people will remember the building as Klien's Cafe.

The building's history can be also be found in a book called Foodways which was put out by the history center.

Now, it has been lifted several feet from the ground, and all that history the building supports will also be in tow.

The move won't be easy. However, it's a challenge accepted by Donald Wilkinson and his wife Lily of RAM House Movers. The couple has successfully moved other old and historic homes in the state.

"The weight of the building is around 245 tons," said Wilkinson.

"This building here has been a chore, because without any blueprints we didn't have any idea where the seams were in it, whether there was steel inside the concrete or not," said Wilkinson.

When they began the excavation, he said the crew was hit with another surprise.

"Within an inch we hit this limestone. They don't call it Rockport for nothing," said Wilkinson.

Able to work through it, the structure is now ready for its new lease on life. Even though it's only going a couple of blocks away, it will take time to get there.

"What we are doing when they get ready on the other end with the foundation to receive it, then we will finish moving this thing up. It will take a good full day maybe two to get it a couple of blocks," said Wilkinson.

The removal of the building is making way for a new Rockport Center for the Arts complex.

While it's not yet known what the new owners of the building have in store for it now, people are just excited to see it saved.