One day Rosalinda Roman had stopped at the house of a 68-year-old woman to deliver a package. 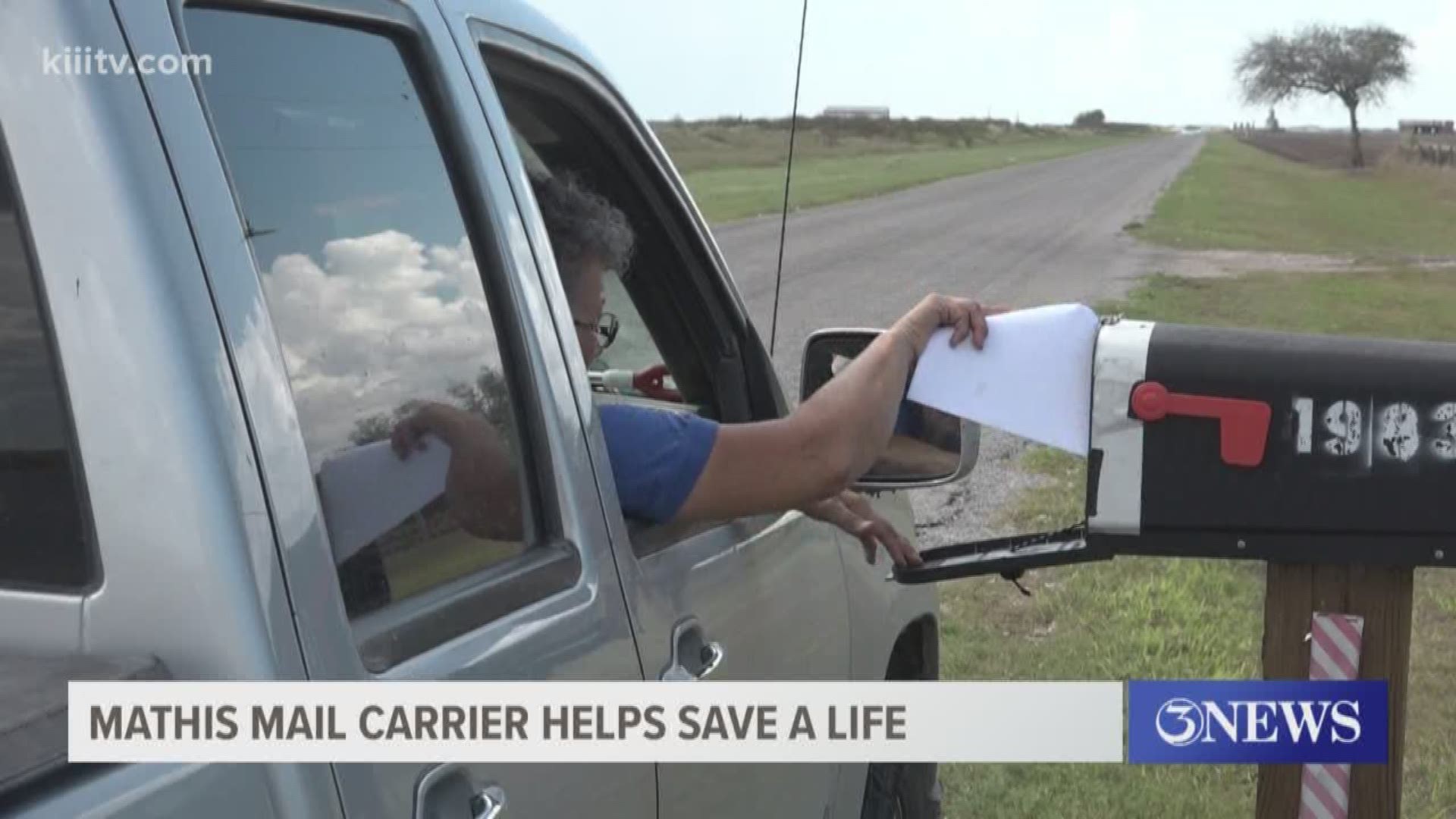 MATHIS, Texas — A Coastal Bend mail carrier in Mathis trusted her instincts and saved the life of a resident.

Recently Rosalinda Roman saw something out of the ordinary along her mail route. Roman her instincts and called for help.

Roman said she was just on her usual route here in Mathis when she saw a mailbox full of mail. Roman knew something was wrong.

"I just started to worry. It was an uneasy feeling," Roman said.

According to Roman, she knows her customers, especially on County Road 1441.

"You see them every day," Roman said.

One day Roman had stopped at the house of a 68-year-old woman to deliver a package.

"She never answered, and she always did she'd always offer me water or make sure I was okay," Roman said.

The next week came, and the same situation happened.

"Her curtains were all closed," Roman said.

Roman called her husband Enrique who was a dupty at the San Patricio County Sheriff's Office.

'I asked him to please call dispatch and to send someone," Roman said.

According to Roman, deputies went to the house but didn't see anything that night, so they rechecked the next morning.

"The sergeant that was on that day was still persistent in checking the windows, check every window," Enrique said.

Something caught the duputies' eye.

"They got the flashlight, and the other officer looked, and he says no there's a leg, and it's moving," Roman said.

Deputies kicked in the door and found that the woman fell suffering several injuries. The woman was rushed to the ICU.

"I just started crying because I was like 'Oh my goodness,'" Roman said.

According to Roman, the woman's sister told her if it wasn't for roman and sheriff's deputies her sister could have DIED.

"She thanked us for what we did and then she said that she was going to need some surgeries," Roman said.

The community is calling Roman a hero and said she just trusted her gut.

"I just thank god that I was able to help her," Roman said.

3News was informed that the woman who lives at the house is still in the hospital.