Hazeal Cain and her friend handed out meals to the homeless. 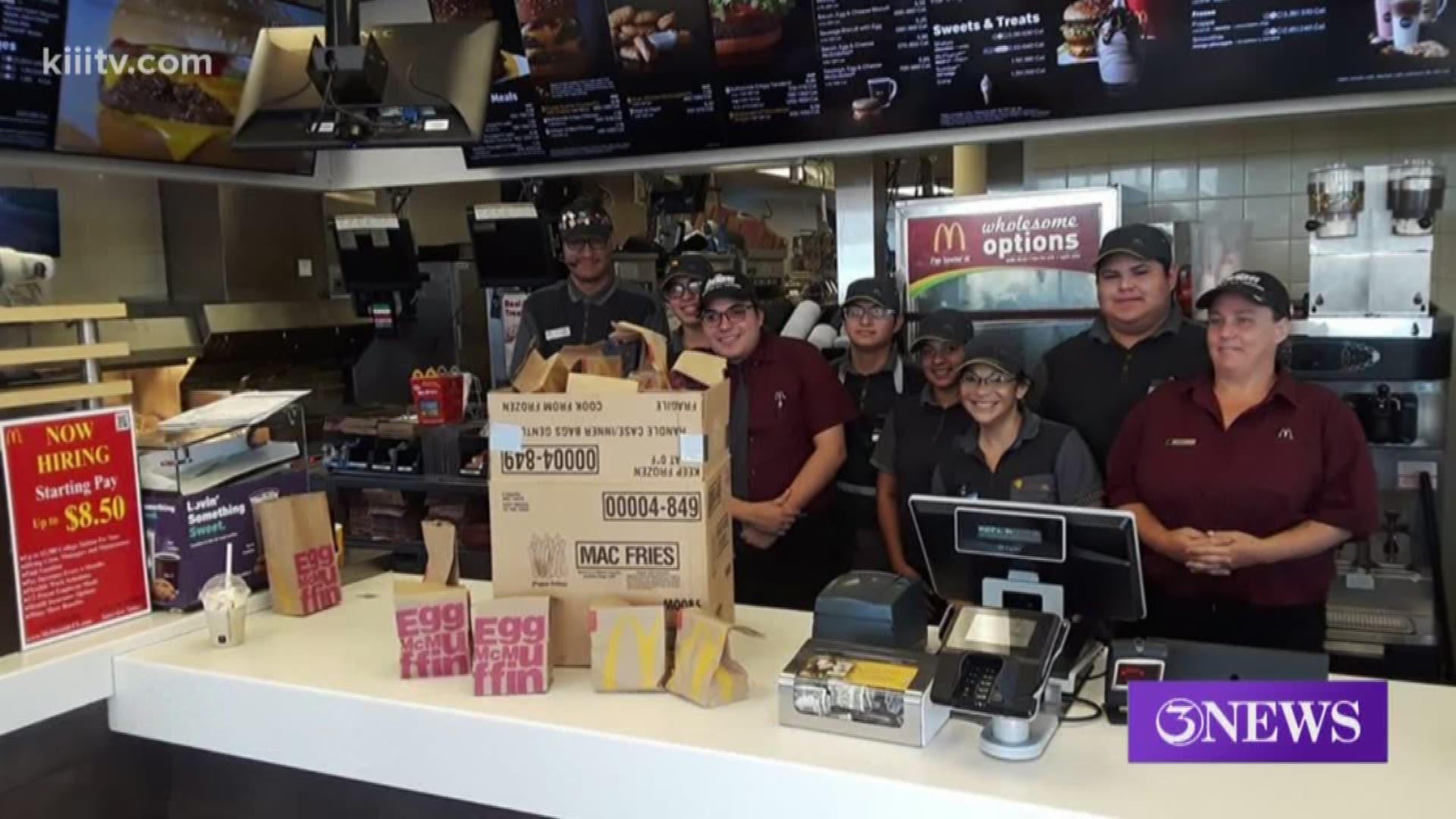 CORPUS CHRISTI, Texas — A Corpus Christi woman's day of giving back has gone viral on Facebook. Over the weekend, Hazeal Cain and her friend were feeding the homeless when they ran out of food. Determined to feed more, they ran to the closest McDonald's and what happened next left her speechless.

It was 40 cheeseburgers for a good cause.

"With everything going on in social media, there's so many negative things going on with, you know, the shootings and stuff like that. Just a lot of things on the news," Cain said. "I just wanted to come out and give back a little bit."

That's exactly what she did. Cain and her friend handed out meals to the homeless.

"Some of these poeple have to walk everywhere they go, you know?" Cain said. "You know, they have no food or energy to get them where they're going."

Within two minutes they ran out of food, so they went to the McDonald's near Leopard and Up River Road.

"If I can be kind to somebody, whether it's a burger or giving them a few dollars," Cain said.

Cain said she asked Shift Manager Matthew Ortiz if he would like to donate.

"My mother and father always told me, 'If you have extra money, just give it out,'" Ortiz said.

Without hesitation, he did.

"He added an extra $20 to help out, and it felt really cool knowing that," Medina said.

Humbled by the help from the McDonald's employees, Cain posted about her day on Facebook and it quickly went viral.

"The feedback was just amazing after I actually uploaded the pictures and stuff like that," Cain said.

She said the most important reaction came from from the people she helped.

"I mean, just put a lot of smiles on people's faces," Cain said. "I mean these people were happy. They were content, you know?"

Cain said she hopes her day of giving will inspire others to do the same.

"It's great to see that people are actually out there, you know, giving back," Ortiz said.