Markle announced his retirement at the end of March this year, saying that he was taking a job in the private sector. 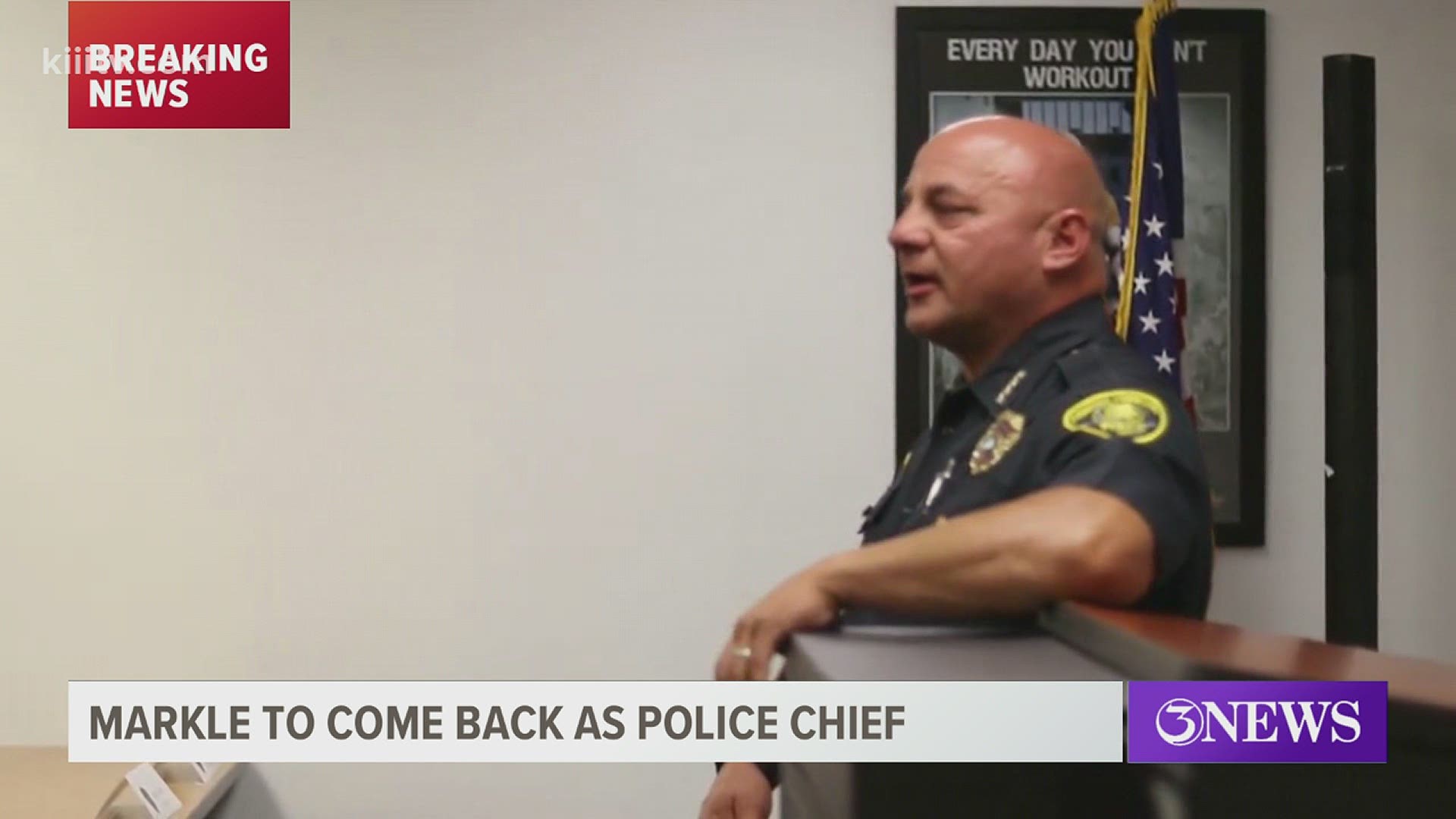 Markle announced his retirement at the end of March this year, saying that he was taking a job in the private sector.

Guajardo took to Facebook at around 5:30 p.m. Monday and said, "We welcome him back with open arms! His 32 years of law enforcement experience and unprecedented progress will ensure the safety of our residents."

Markle’s Police Chief re-appointment by the City Manager requires City Council confirmation and will be placed on next week’s City Council Agenda on Tuesday, July 27. He will then take on the role again on that day.

Markle entered the 44th police academy in 1989. He would serve as a patrol officer during his first 16 years of service with the department. Other roles included the honor guard and being a member of the SWAT team before he was promoted though the ranks.

We are proud to announce that Chief Mike Markle will return to lead the Corpus Christi Police Department. We all look forward to his continued leadership. Welcome back Chief!!

In 2016 he would be sworn in as chief of police, continuing a legacy set by those in the position before him including the late Police Chief Floyd Simpson.

Since Markle's retirement, CCPD has been under the lead of Assistant Police Chief David Blackmon, who confirmed to 3News that he was not interested in pursuing the position of chief of police. Blackmon joined CCPD in 1989 and has over 32 years of  police experience with 11 of those years being in leadership roles.

It is unclear at this time when Markle will resume his role as Corpus Christi's chief of police. 3News will keep you updated as more information becomes available.