According to Sheriff Oscar Rivera the man was doing donuts by the runway, took off almost clipping a parked aircraft, ran into a ditch, and evaded arrest. 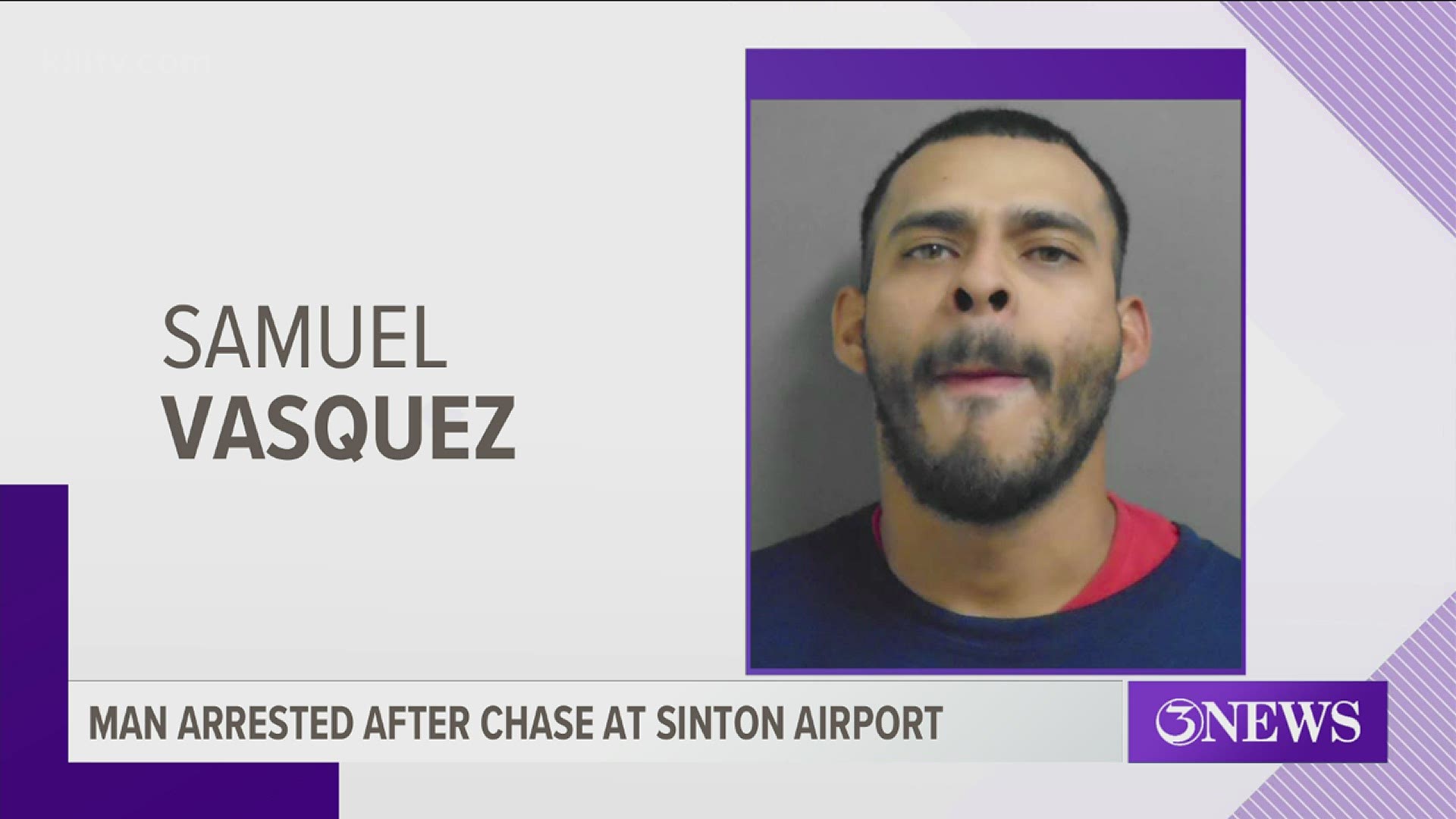 According to Sheriff Oscar Rivera a Sinton Airport tenant went by the airport Saturday night around 9:30 pm and saw “an unoccupied car parked by the locked gate.”

Sheriff Rivera says the tenant then saw a truck by the gas pump occupied by a man inside the facility.

The Sgt. turned his overhead lights on, and Sheriff Rivera says the driver took off almost clipping a parked aircraft, ran into a ditch and hooked it across the field barefooted.

Additional deputies and Sinton PD arrived to look for the driver. After a foot chase the man was caught.

Airport officials confirmed the truck belonged to a customer who left his truck at the airport and flew home.

Sheriff Rivera says the driver of the truck, 30-year-old Samuel Vasquez had no idea how he got there or where he was.

Vasquez was booked in the San Patricio Co Jail for Unauthorized Use of a Motor Vehicle, Evading Arrest, Criminal Trespass and Criminal Mischief.