San Patricio County Sheriff Oscar Rivera said there has been no indication yet as to the cause of the fires. 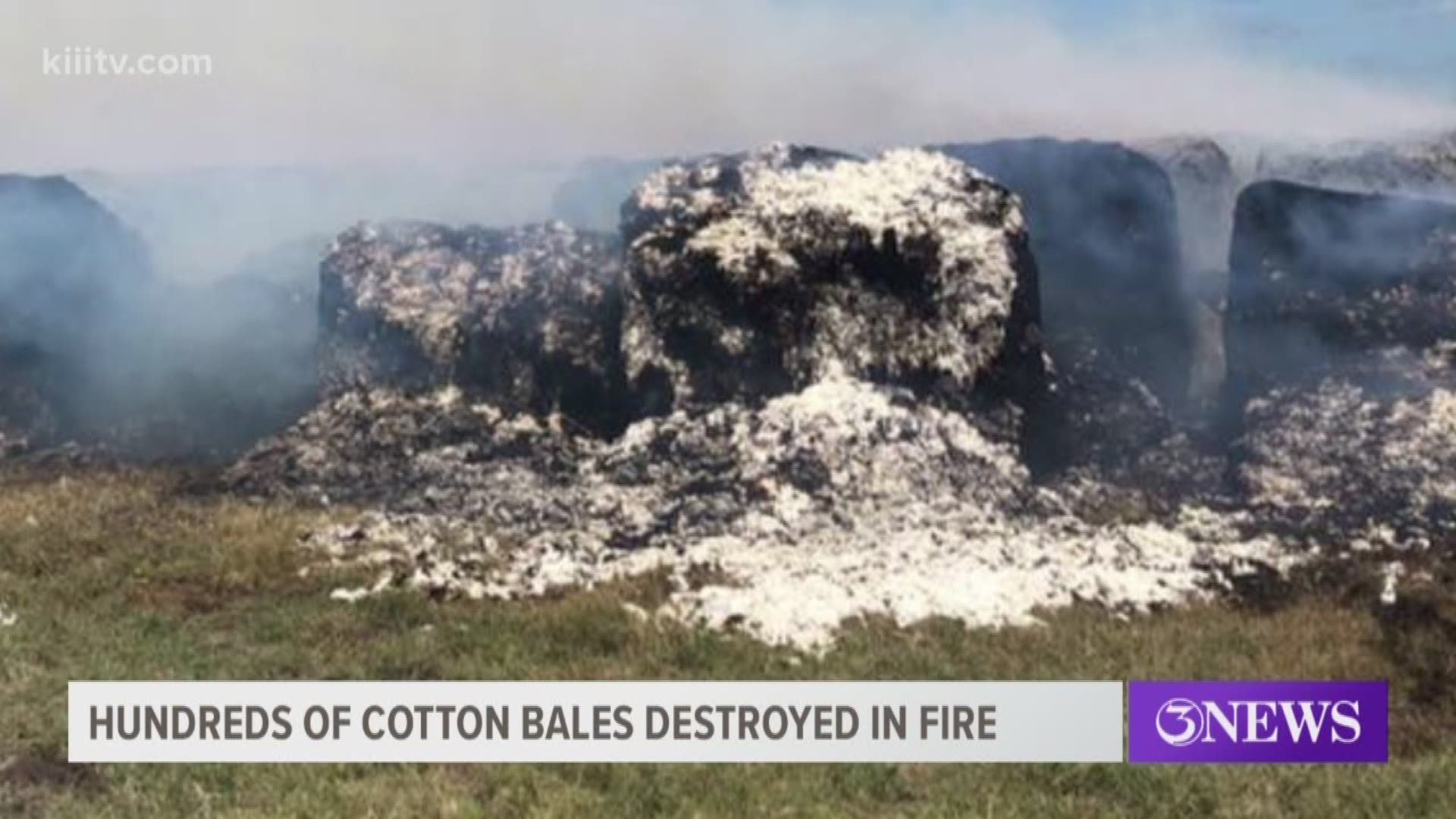 SAN PATRICIO COUNTY, Texas — Fire departments from around the Coastal Bend were called Thursday to help respond to about 320 burning cotton bales off county roads 98 and 85A in San Patricio County near Taft, Texas.

Smoke from the fires can be seen from across the bay. A fire marshal told the San Patricio County Sheriff Oscar Rivera that due to Wednesday's rain event, moisture may have produced organic heating, but there has been no indication yet as to the cause of the fires. 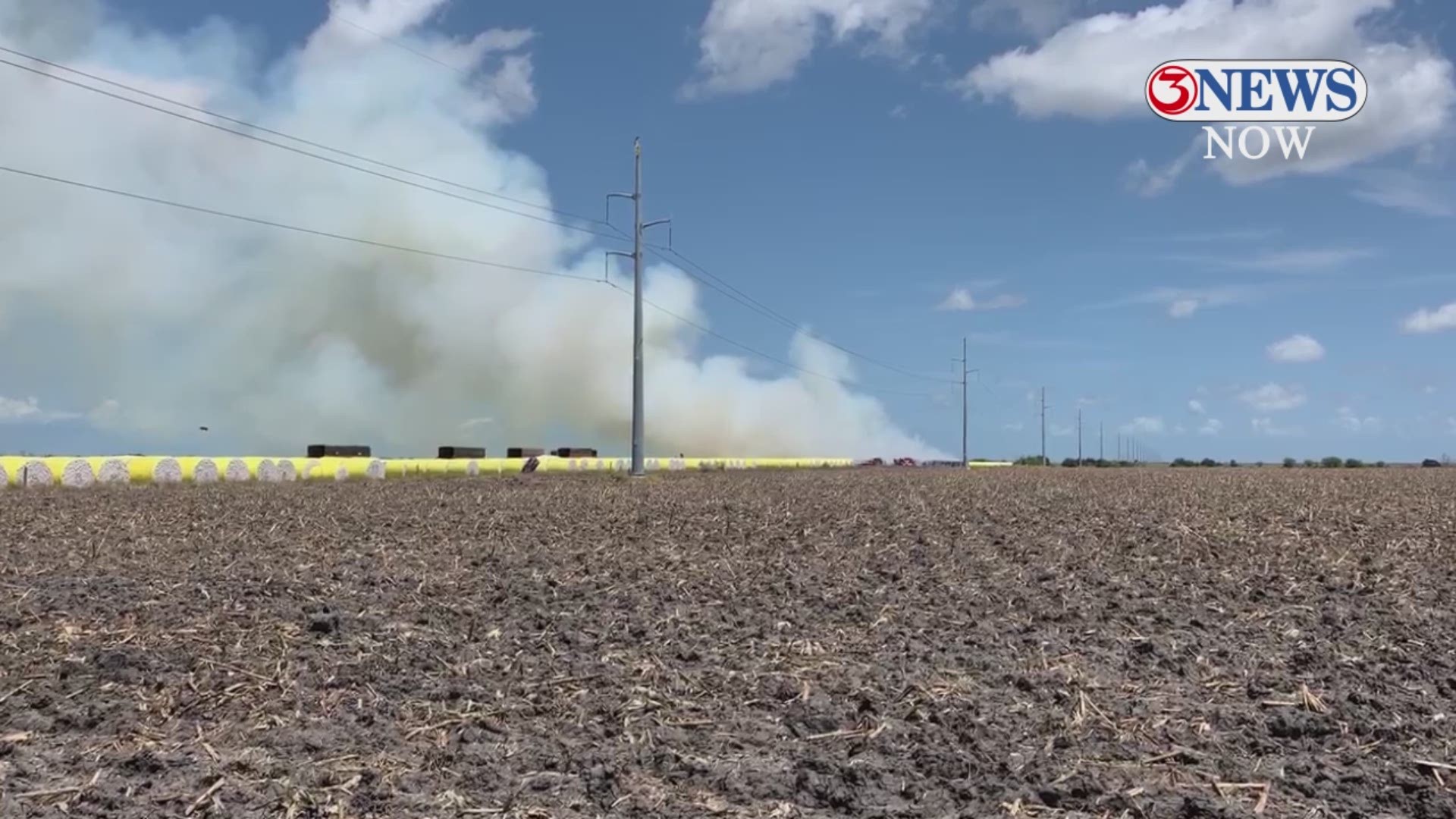 Bill Churchwell 3 News
Area fire departments are responding to at least 30 cotton bales that are on fire right now off CR 98 and CR 85A in San Patricio County near Taft. It's putting up lots of smoke that can be seen...

It was just two weeks ago when San Patricio County authorities responded to an incident involving around 15 recently harvest bales of cotton that were sliced open by vandals. 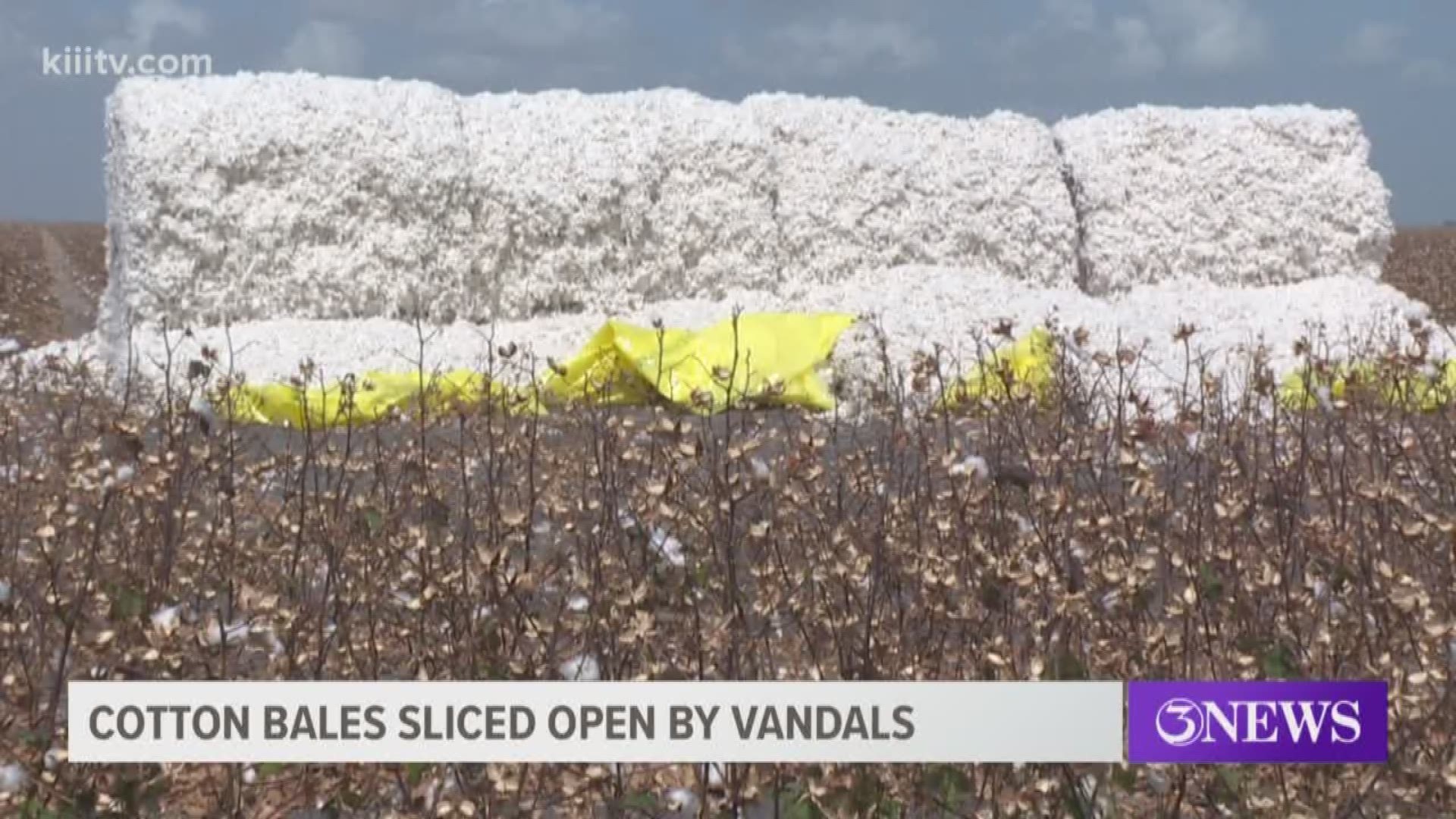 The costs of the damage were estimated at more than $50,000 for San Patricio County farmers who were affected.