Two suspects were arrested, brothers Isaac and David Molina, but a Grand Jury decided there was not enough evidence to send them to trial. 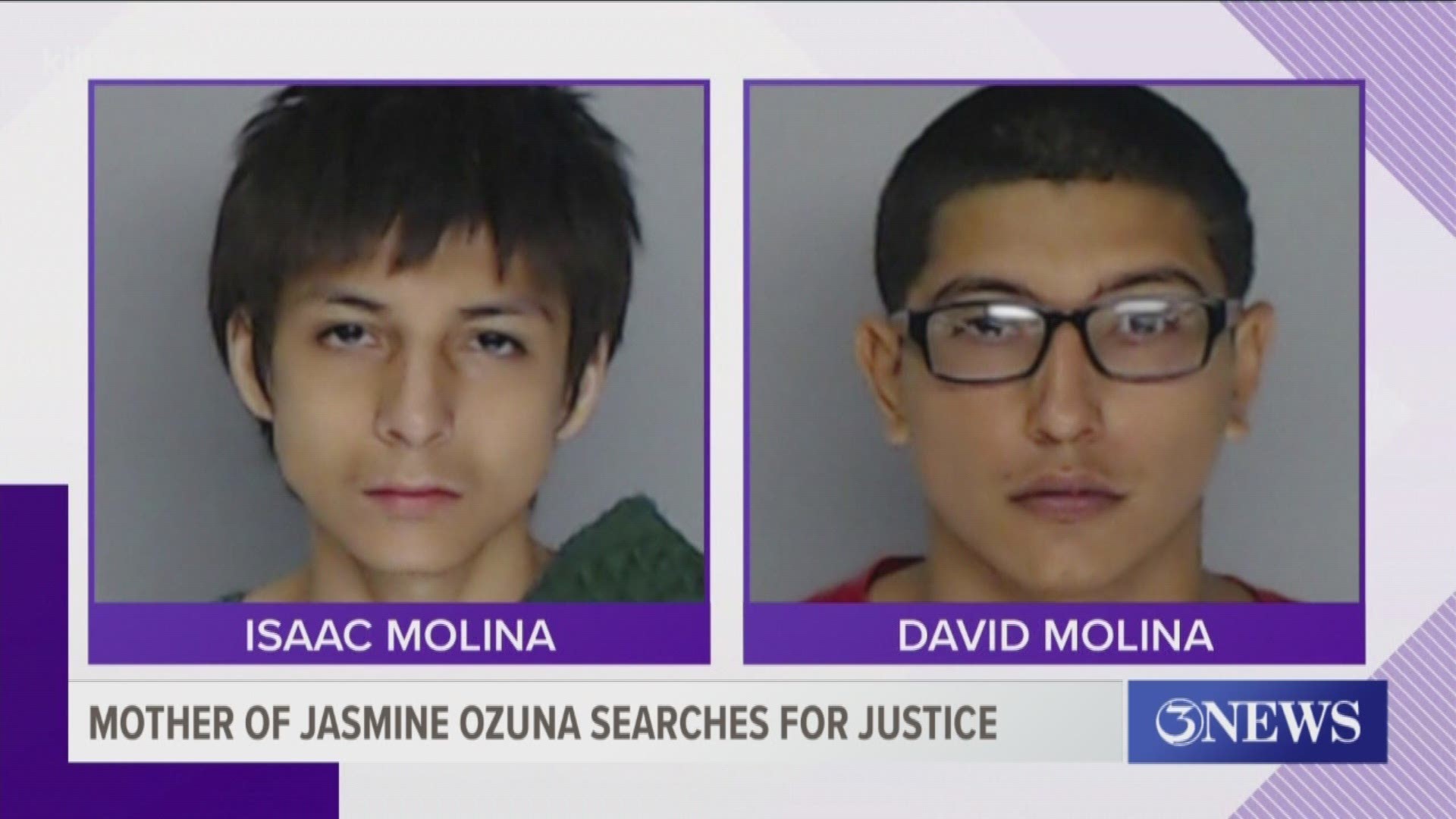 CORPUS CHRISTI, Texas — It has been six months since a young woman was shot and killed while driving near Moody High School.

"Every day we have to live with this, and knowing no justice has been served makes it worse for us," Sylvia Ozuna said.

According to Ozuna, not a day goes by she doesn't think of her daughter 21-year-old Jasmine Ozuna who was killed back in August.

Two suspects were arrested, brothers Isaac and David Molina, but a Grand Jury decided there was not enough evidence to send them to trial.

"According to detectives, they are still working on the case, it's not a case closed, I just pray to God I get the phone call they have gone back to a grand jury they have accepted them to go to trial, that is the call we are waiting for," Ozuna said.

3News reached out to police Tuesday, and they say they are currently waiting for evidence that is being processed by DPS.