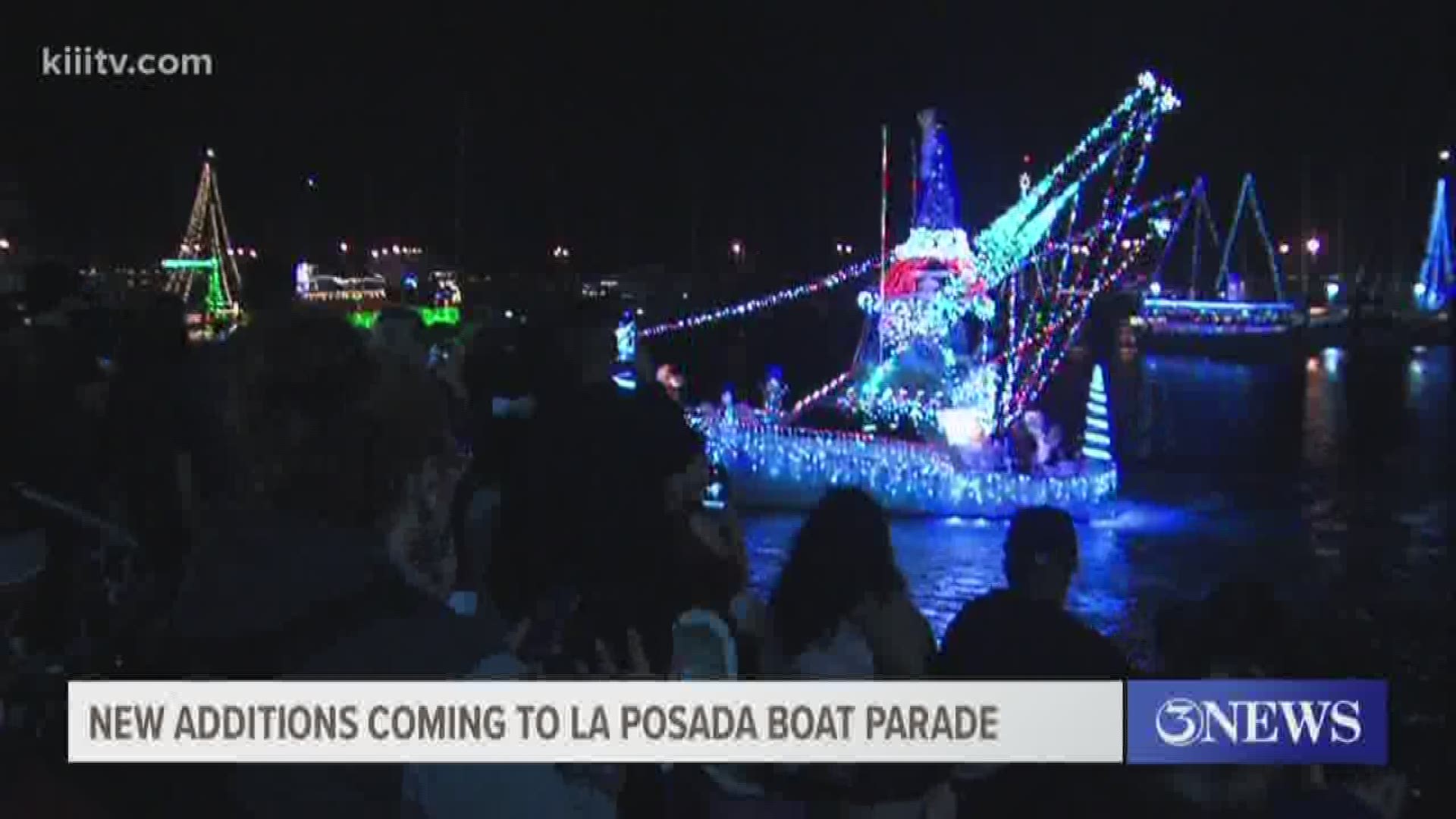 CORPUS CHRISTI, Texas — The La Posada Foundation on Padre Island is gearing up once again for the annual La Posada Lighted Boat Parade.

For five decades, Islanders have been decorating their boats for a parade through Island canals, and this year is no exception.

For the first time, the musician Gregg Rollie, two time inductee into the Rock and Roll Hall of Fame, is the 2019 Grand Marshall. Rollie co-founded the bands Journey and Santana, and this year has been on tour with Ringo Star. The second new item is a new corporate sponsor, the first in the history of the event.

"The biggest and latest news that happened this week is that IBC is the new sponsor and helping us a great deal," organizer Fred Edler said.

"If we have a bite with the IBC person put it here," said Harold Shockley Jr., President, and CEO of IBC Bank. "Hearing that La Posada is the largest donator to Toys for Tots, it seemed to be a good fit. We're a community bank, and we like to look at opportunities like this to help out in a community."

For tourists coming from town, the Friday parade on December 6 will start at the JFK Bridge.

The La Posada parade will raise money for the Marine's Toys for Tots campaign and is the largest single-day event for Toys for Tots in Texas. This looks to be the biggest year ever with more public viewing space both nights.