"That lid on the backside wasn't screwed down, and that girl was jumping on it, and when she jumped on it, the lid flipped, and she was gone," a witness said. 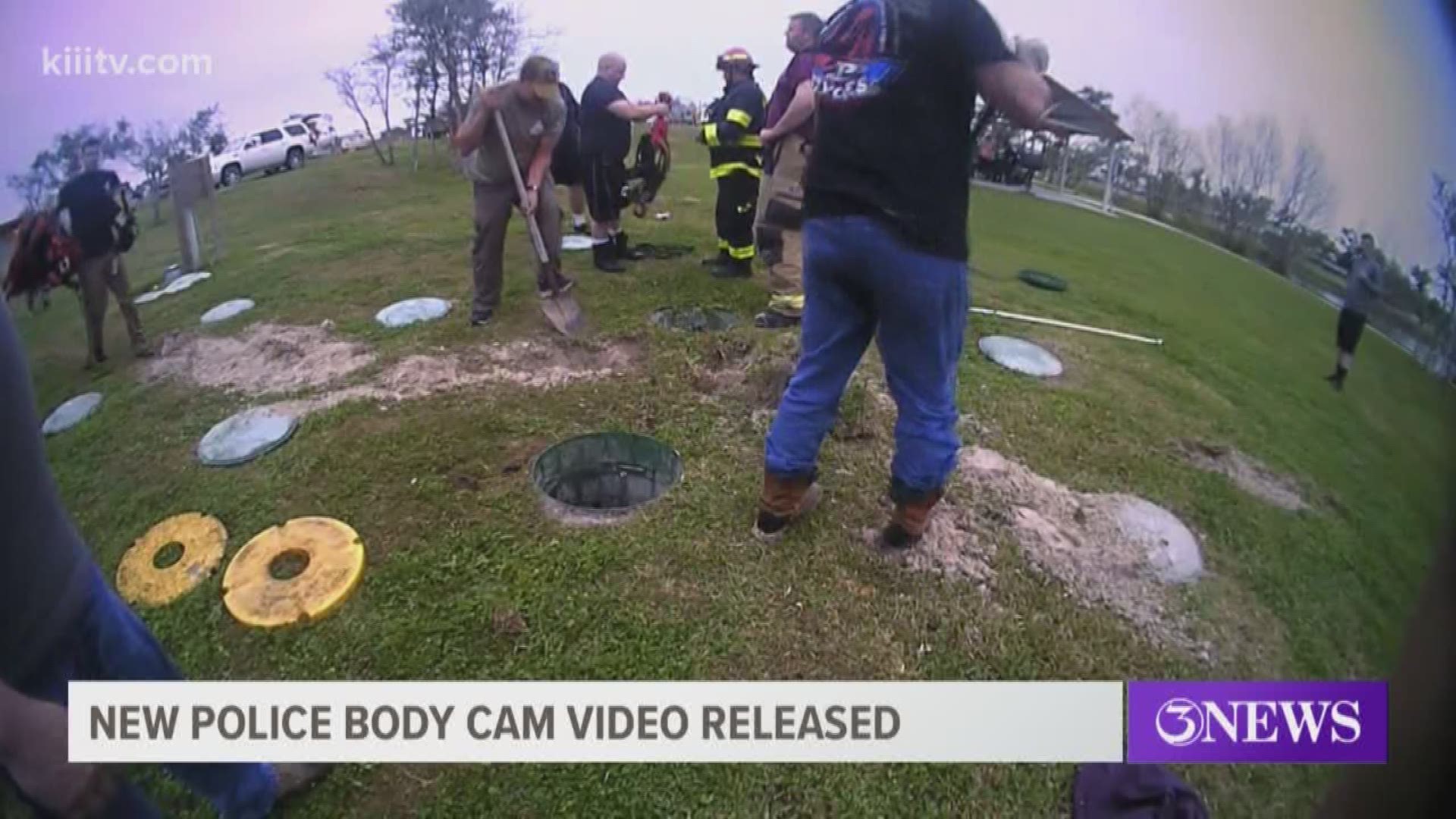 CORPUS CHRISTI, Texas — New details are being released Friday following the case of the 2-year-old girl found dead at the bottom of a septic system at a Paradise Lagoons RV Park near Rockport.

3News learned that the girl's family has hired an attorney and was able to obtain bodycam footage from police as they arrived on the frantic rescue scene.

"That lid on the backside wasn't screwed down, and that girl was jumping on it, and when she jumped on it, the lid flipped, and she was gone," a witness said.

A witness describes what they saw just minutes after 2-year-old Charleigh Nelson ended up down some 15 feet into a septic system pipe.

Rockport police bodycam video also shows the chaos of the scene as rescuers tried to get to the girl in time.

"We just pray about it. That's all you can do put everything in god's hands.  We'll get through it," aunt Shelby Seaman said.

According to Seaman, her family is devastated by what happened and wants to make sure it never happens to another family.

"There should be more of a guard around it a post, or something saying don't walk on it," Seaman said.

Rescue crews got Nelson out, but by that time, she was already dead.

Vogler watched the rescue drama unfold and believes that this tragedy should never have happened in the first place.

"They need to be held accountable 100 percent this was completely preventable," Vogler said.

Scott Mapes installs septic systems here in Rockport. He showed 3News the state TCEQ rules and regulations governing septic systems, and it's a fairly thick book that goes every aspect of these underground wastewater treatment structures, including the safety features that are supposed to be in place.

"Most lids are like this now that are installed today they have a dome top or flat top with a minimum of 4 screws on, and when you lift the lid, they will have a child restraint ring or safety ring inside," Maples said.

The family has hired the Buzbee Law Firm out of Houston to look into Nelson's death.

"The family is grieving and trying to figure out what happened, and we're going to take whatever action is necessary to do what we can to help," Tony Buzbee said.

3News also obtained the complete Rockport police incident report on the death, and in it, officers say they noticed the screw ears on the pipe that the lid was supposed to be screwed to.

Witnesses say the screws were broken and that a witness told officers that the lid was supposedly hit by a mower.