New Kingsville city manager outlines his priorities for the city

3News spoke with McLaughlin Wednesday and he shared some of the top priorities on his agenda. 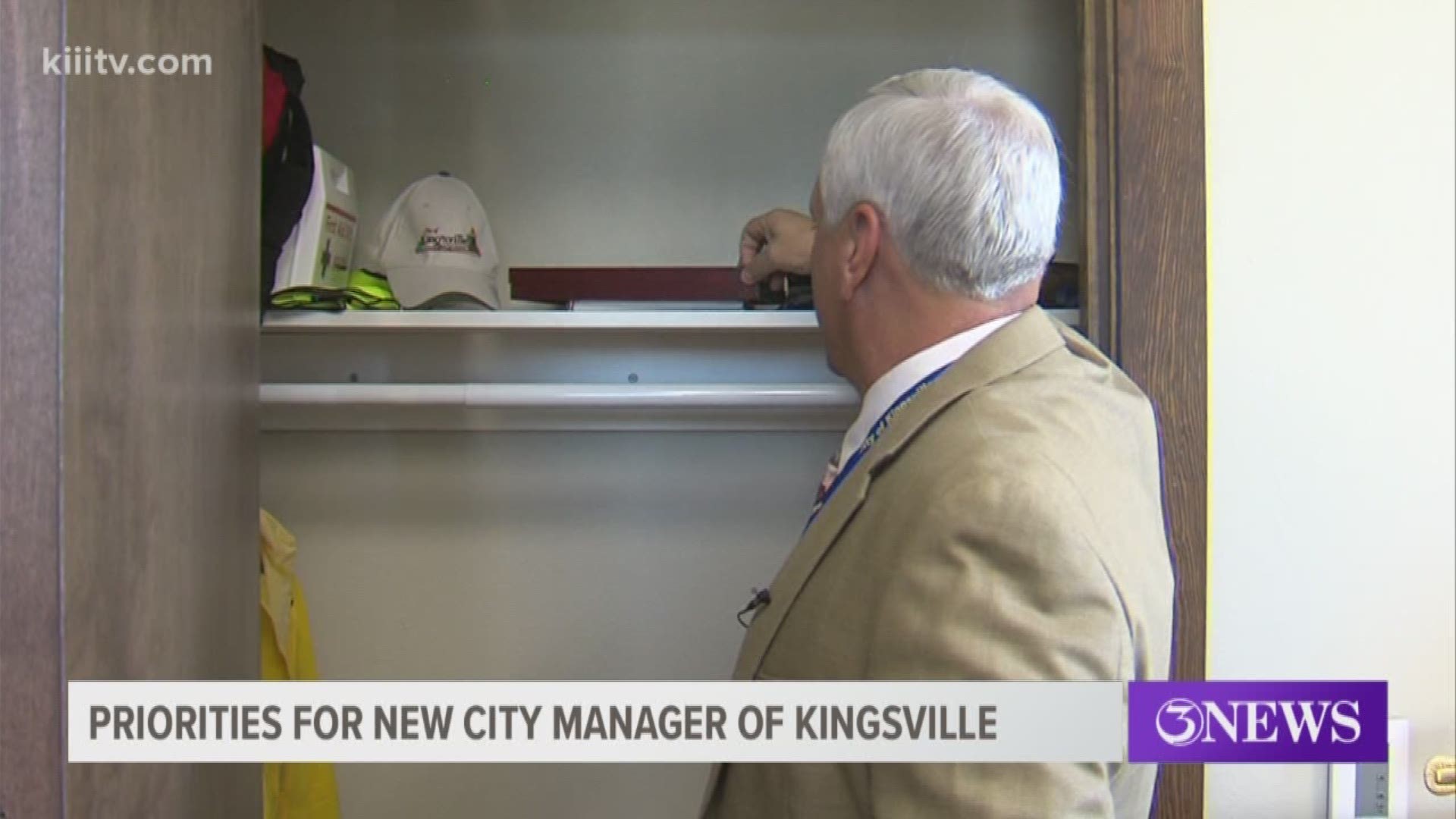 CORPUS CHRISTI, Texas — The City of Kingsville has a new city manager on the job, and the former U.S. Navy commander has some big plans for the city.

Mark McLaughlin previously served as the commander at Naval Air Station-Kingsville before leaving for a job as city manager for the City of Flatonia, Texas, located outside San Antonio. He is back in Kingsville Wednesday on day three of his new job as their city manager.

3News spoke with McLaughlin Wednesday and he shared some of the top priorities on his agenda.

McLaughlin also said he believes that NAS-Kingsville has the potential to expand in the future.