The Child Support Division is asking parents to call the AV hotline Monday through Friday at 866-202-4636 with any questions. 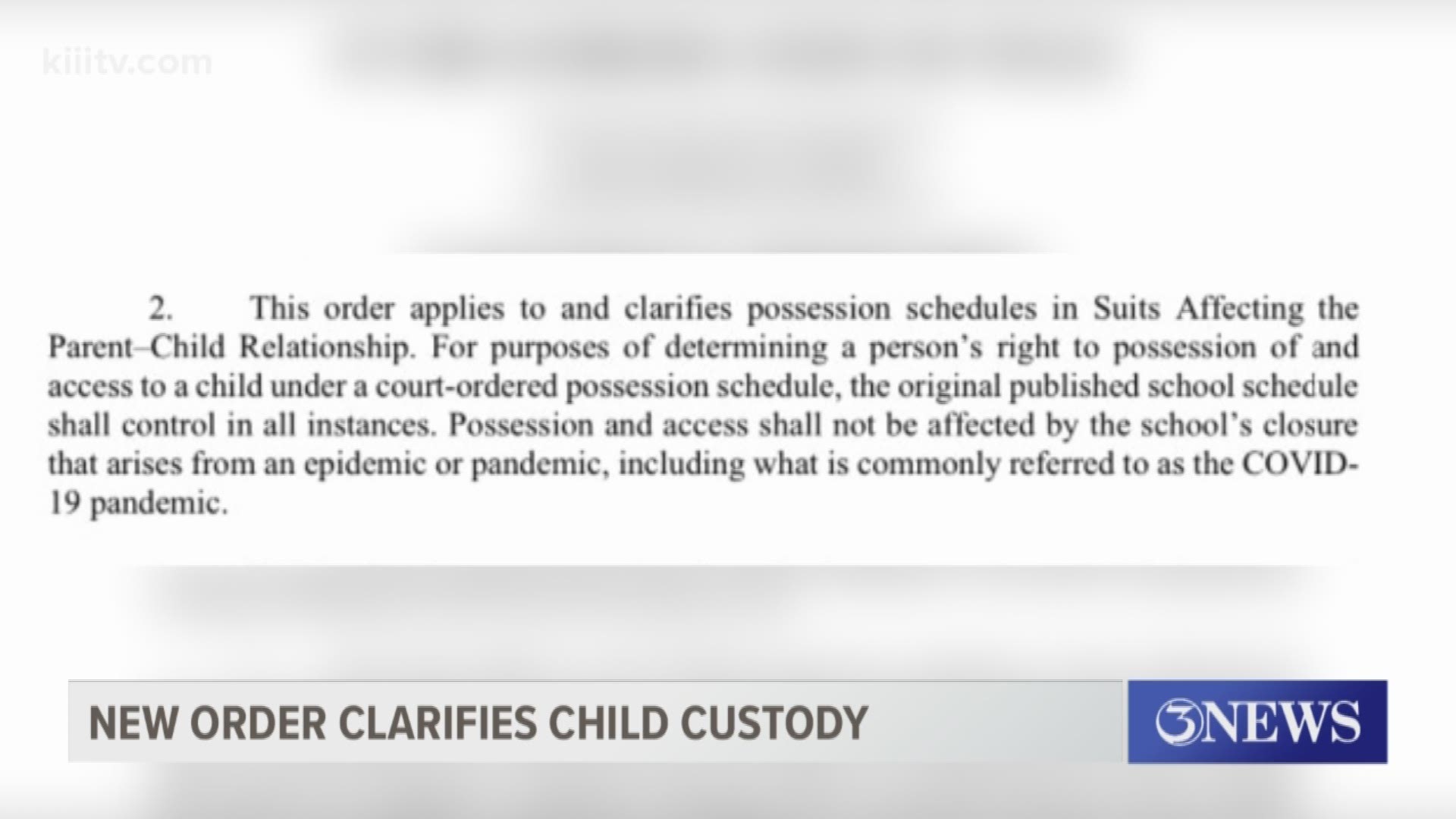 CORPUS CHRISTI, Texas — Parents have been wondering how child custody laws will pan out with many school districts extending closures due to the coronavirus concerns.

A second emergency order was issued Tuesday in response to schedules affecting child custody. The letter states that an original published school schedule controls court-ordered possession schedules of a child. This means child custody schedules should not be affected by the recent school closures or Spring Break extensions.

An area lawyer told 3News if parents refuse to follow custody laws, there could be consequences.

"The parent that is not in compliance faces a $500 fine, up to six months in jail, as well as the other parties attorney's fees," Attorney Steve Lopez said.

Lopez said even if parents are not charged in court, it could hurt the custody case in the future.

The Child Support Division is asking parents to call the AV hotline Monday through Friday at 866-202-4636 with any questions.