Residents thought the City was finally going to tear down the structures, but instead they said workers have started repairing them. 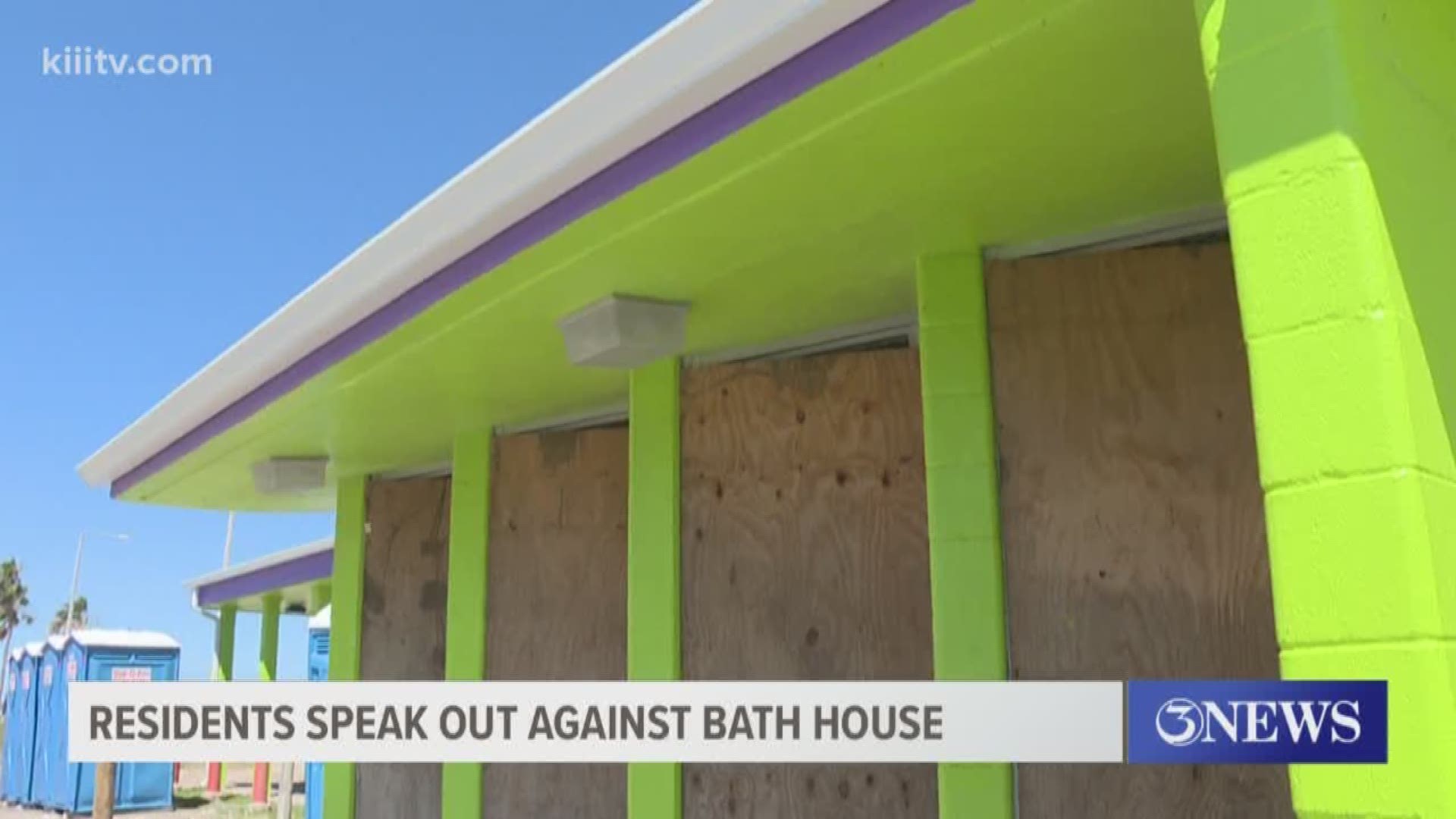 CORPUS CHRISTI, Texas — Residents of the North Beach area are speaking out about a couple of boarded up restroom facilities and showers that they say have become eyesores and have attracted all sorts of criminal activity.

Those residents thought the City was finally going to tear down the structures, but instead they said workers have started repairing them. They want to know what's going on.

3News Reporter Bill Churchwell looked into and came back with the details.

"This is the land that we are wanting to put a single family house on," said property owner Ron Graban.

It was the picture perfect view of the Corpus Christi Bay that sold Graban on the idea to one day live on North Beach next to Surfside Park, but just a few feet away, there was an eyesore.

City owned structures once used as bathrooms and showers for beach visitors are now boarded up, in disrepair, and the site of some not so family friendly activities.

"The final straw is when there was a drug deal down here.  That finally got the city to close the bathhouses down. It has been a lot better since they were closed," said Graban.

There are two structures at Surfside, and another located at Dolphin Park which is also on North Beach.

"The inside of these are horrible.  You really got to put some money in this to fix it.  I don't think that makes sense at all," said Spinelli.

She says the North Beach Community Association presented to the City reasons why the structures should be torn down.  They had hoped leaders would replace the structures with a model used by our neighbors in Port Aransas.

"They have porta-potties, showers on poles, areas for changing where you can see underneath so no one is sleeping in there," said Graban.

They thought that was finally going to happen after a series of meetings with city leaders.

"We spoke to Parks and Recreation.  At the time, everything was ready to go," said Spinelli.

"We were out here one day and they were renovating the bath houses, so that is when we started to call and ask what's going on," said Graban.

City Manager Peter Zanoni told 3 News he believes it's best to keep the structures at Surfside.

"Most council members are supportive of keeping both and so that is something we are looking at.  We still do have to double back with the community.  We feel that especially given the coronavirus, and worldwide demand to wash your hands, wash them thoroughly with running water and soap.  It makes sense to have a permanent facility.  We know North Beach has a lot of tourist, it's not just folks who live there who use the beach.  There are a lot of families who come down from across the state and even outside the state.  Most world class beaches have bathrooms. We did a survey of over a dozen beach communities across the US from California to Texas to Florida, every one of them has permanent restrooms," said Zanoni.

Zanoni told 3 News he believes the plan is a better alternative than to demolish the structures and put in porta-potties and gel stations.

He said the structure at Dolphin Park should be done within a month.

"The roof is already done, and the internal restrooms were being rehabbed. We are also putting in security cameras at both locations.  They were up and running as of last week," added Zanoni.

Zanoni said they have to figure out how to manage the structure at Surfside because of the compromised columns.

He said they might have to remove the whole patio.

"The one at Surfside, the goal there is to rehab that one for the next year or two, and then in the 2020 Bond program, we want to put a project in to rehab, to demolish and replace the whole thing and off set it to the side, but make it a whole project where the minute you drive into that parking lot it's all redone," said Zanoni.