While many people think of LEGO blocks as a part of their childhood, a recent college graduate has made it his full-fledged career 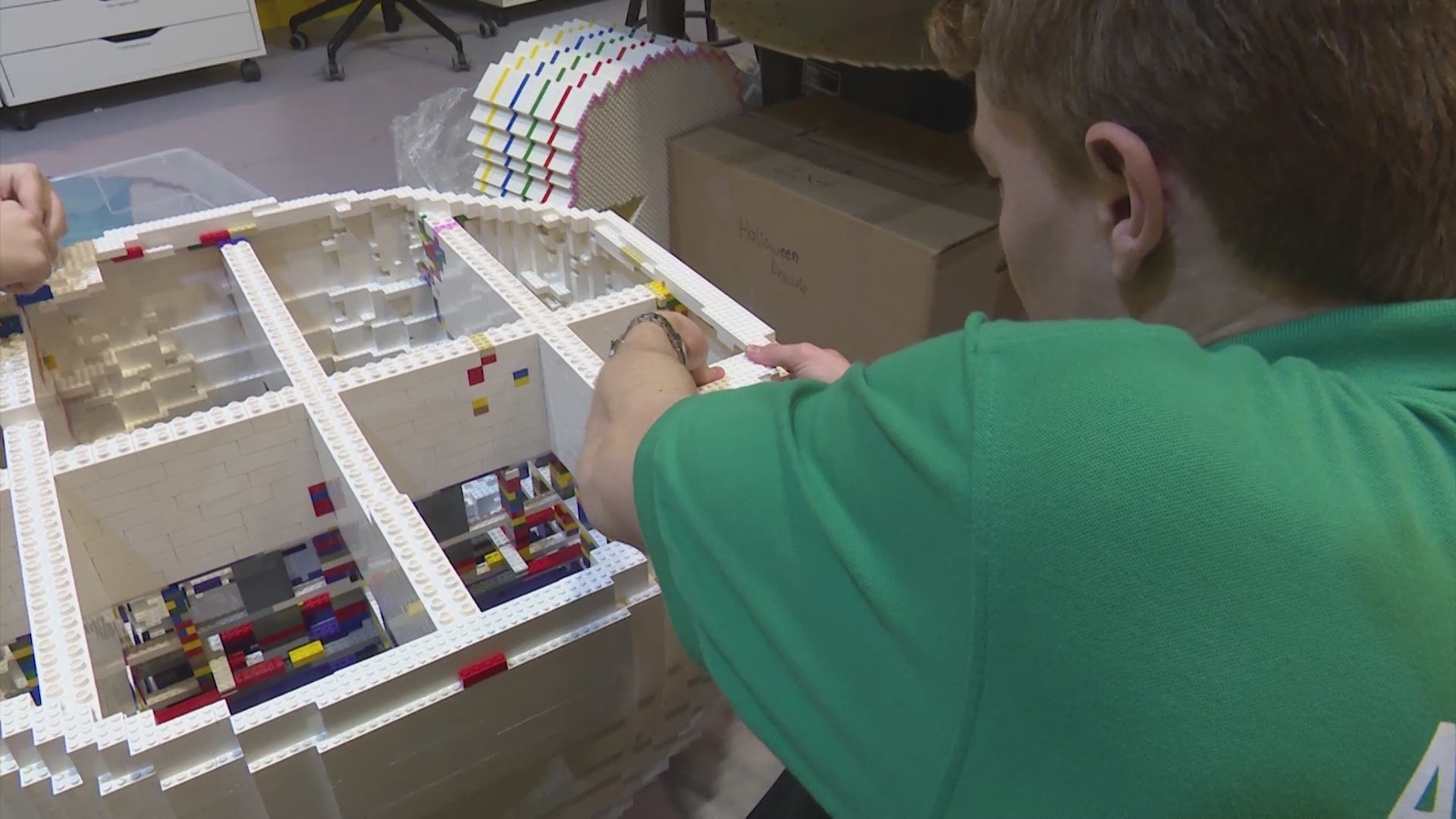 GRAPEVINE, Texas — Thaddeus Bennett has been a LEGO fanatic since as far back as he can remember.

It started as something he did in his free time and grew into a hobby that allowed him to think creatively.

"I knew so early it was going to be a passion," Bennett said.

But it remained that—a passion—as Bennett grew older. School and work became bigger priorities, as it does for a lot of people.

He eventually went to college and graduated with a degree in electronic media.

It wasn't until a close friend made him aware of a North Texas job opening this past year that his career path started moving in a different direction.

"I was thinking to myself, 'This is a full-time gig and you get to build LEGO,'" Bennett said with a pause. "How amazing would that be?"

The position Bennett is talking about is the Master Model Builder job at the LEGOLAND Discovery Center in Grapevine, which is an indoor LEGO playground. Nearly everything inside has to be conceptualized, designed and built by the main builder.

Bennett works in a glass-enclosed room that allows visitors to watch as he makes the next LEGO display.

"We can digitally create it in a 3D space, and then that's kind of our instruction template," Bennett said, describing how he starts some of his structures. "I am more used to just building freely, so if I can see something, I can recreate it."

One of the biggest jobs on Bennett's plate is during the holiday season when the center turns into "Holiday Bricktacular" in December. Along with all his normal structures, he must build LEGO decorations, ornaments and clothing to spread through the playground.

Credit: LEGOLAND Discovery Center
A LEGO snowman is one of the many structures Thaddeus Bennett and his team built for the center's Holiday Bricktacular.

And beyond building, Bennett said a major part of what he was hired to do is interact and engage with the kids who are interested in what he's doing.

"Just seeing their faces light up and interacting with them really puts a smile on my face," Bennett said as he waved to a kid outside his building room.

Once the holiday season ends, Bennett's next big project involves building a LEGO version of the new Globe Life Field. He will travel to the LEGOLAND Parks in either Florida or California to work with their main LEGO builders.