Chief Appraiser Ronnie Canales said he stands by his decision to deem the Valero property in Corpus Christi at $1.2 billion. 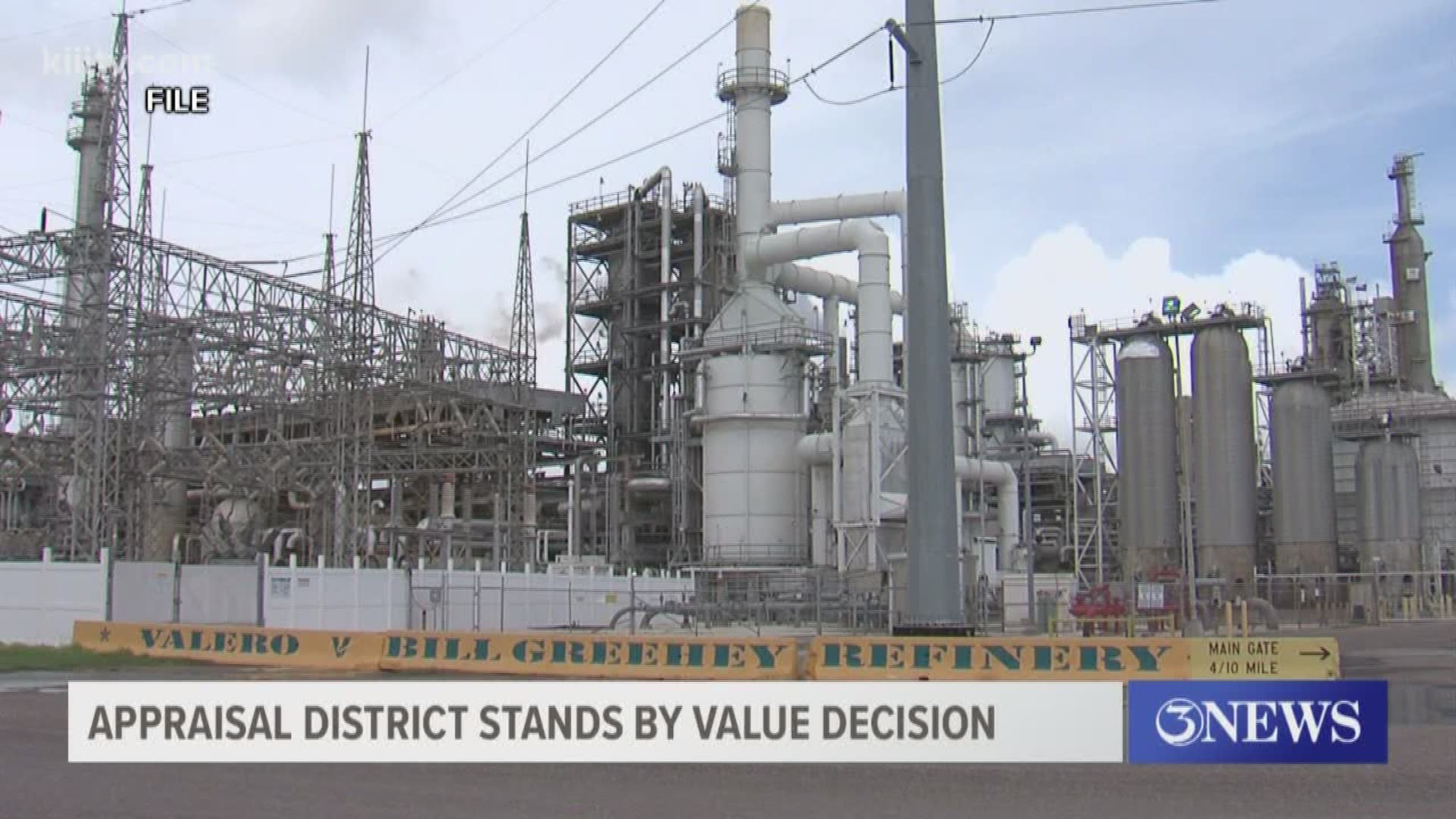 CORPUS CHRISTI, Texas — A back and forth battle has broken out between the Nueces County Tax Appraisal District and Valero. Chief Appraiser Ronnie Canales said he's been told by city and county officials that the company think they're worth less than $1.2 billion.

"We're under the understanding that they're telling people that we've been doing this year after year after year, well to begin with that's not true and I feel that they should be paying their fair share," he said.

Canales and his department worked through a lengthy process to deem the property $1.2 billion in 2019.

"We have made it a habit to make sure that we are consistent with what we do here, consistency to us here is transparency respect the tax payer also communicate well," Canales said.

"See, they can talk to the entity whatever they want to as far as their expansions but they shouldn't be talking about value," he said.

3News has reached out to Valero via email and phone several times, they have yet to reply.

So, what would happen if the Valero property was appraised at a lower value?

"It affects Corpus Christi Independent School District, it effects Del Mar, it effects the City of Corpus to a certain extent because of the industrial district contract that they have," Canales said.

Canales said while Valero is paid up for their taxes, he is working with a law firm out of San Antonio to settle the matter.

"You still need to pay your fair share of taxes not because you give 50,000 here, 20000 there, 30000- 'I'm the best thing that ever happened," because that's the way it's turning out to be, but at the end of the day, if any changes are gonna be made, it's not gonna be made by them it's gonna be made at this office here the appraisal district," Canales said.

The burden could also fall on homeowners if Canales didn't properly appraise Valero or any other entity that falls under the same umbrella. He hopes his team and officials with Valero can meet to conclude their concerns.