State lawmakers granted counties the authority to regulate game rooms in an effort to be able to root out all illegal gambling activity. 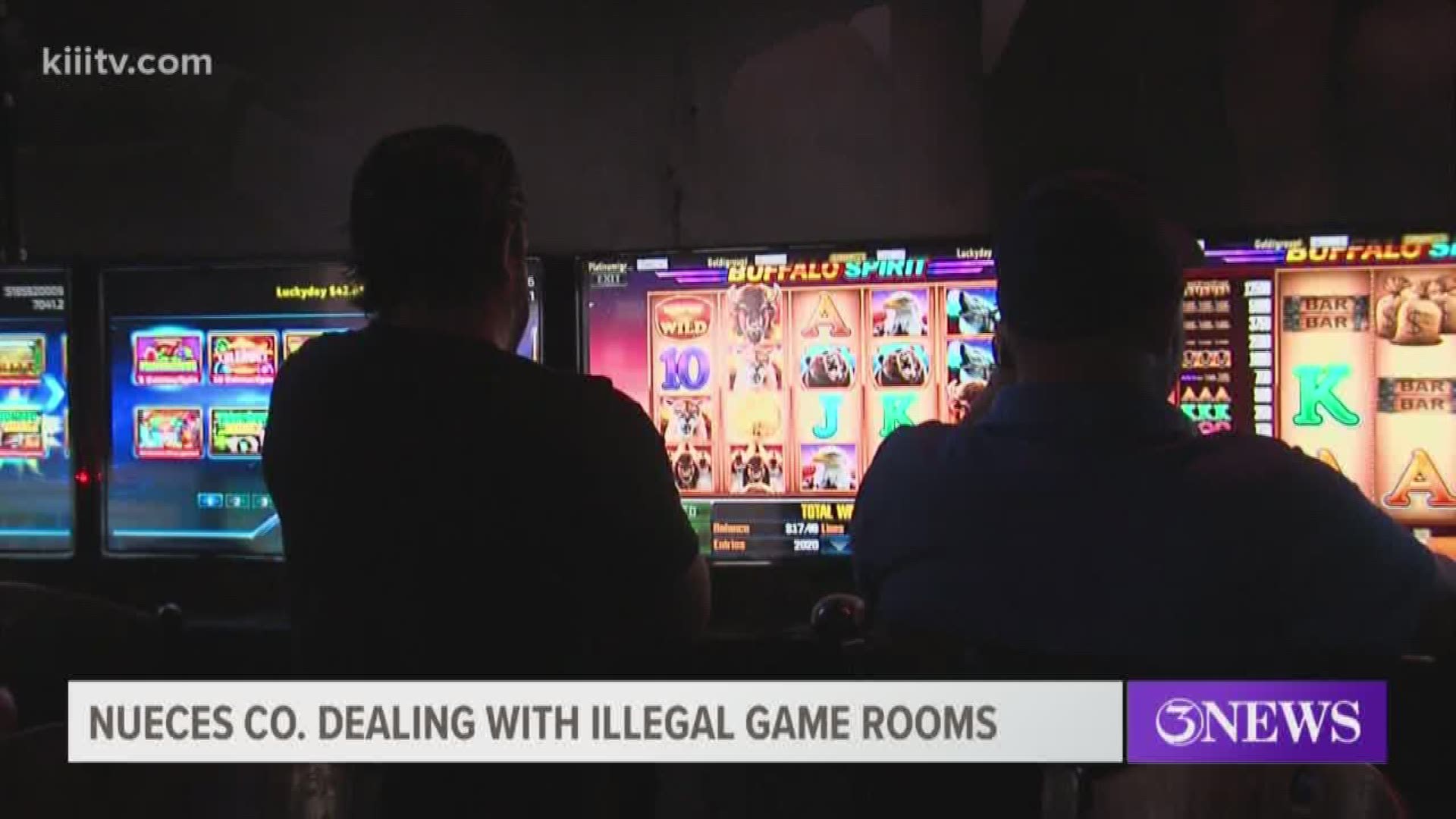 CORPUS CHRISTI, Texas — We've seen game rooms pop up from time to time around Nueces County, but did anyone realize there are now 51 of those businesses up and running?

Now the County is looking at regulating those establishments, which one Nueces County Sheriff's Department investigator says are all promoting illegal gambling.

"The bottom line is that we in law enforcement believe that what is occurring in these game rooms is gambling, and that's a violation of state law," Nueces County Sheriff John Chris Hooper said.

Hooper gave the Commissioner's Court the details about game rooms around the county. The sheriff said there are 51 in total with 30 of those being within the Corpus Christi city limits. The court is looking to set up rules and permit fees to regulate those businesses.

"Now they're bringing in gangs to operate these game rooms and what better way to make their money," said Capt. Robert Garza of the Nueces County Sheriff's Department.

The Sheriff's Department believes that drug and other illegal activity are going on in those game rooms.

State lawmakers granted counties the authority to regulate game rooms in an effort to be able to root out all illegal gambling activity.

Nueces County Commissioners didn't take any action on the proposal to regulate the game rooms but Judge Barbara Canales said she is ready to get the ball rolling.

"I want us to permit it. I want us to regulate," Canales said. "I hope the process is so onerous that no good person would apply and get one of these, and therefore law enforcement could step in."

The County is looking at holding a workshop over the next few weeks to hash out the details on the best plan of action to make sure there's no illegal gambling taking place in Nueces County.