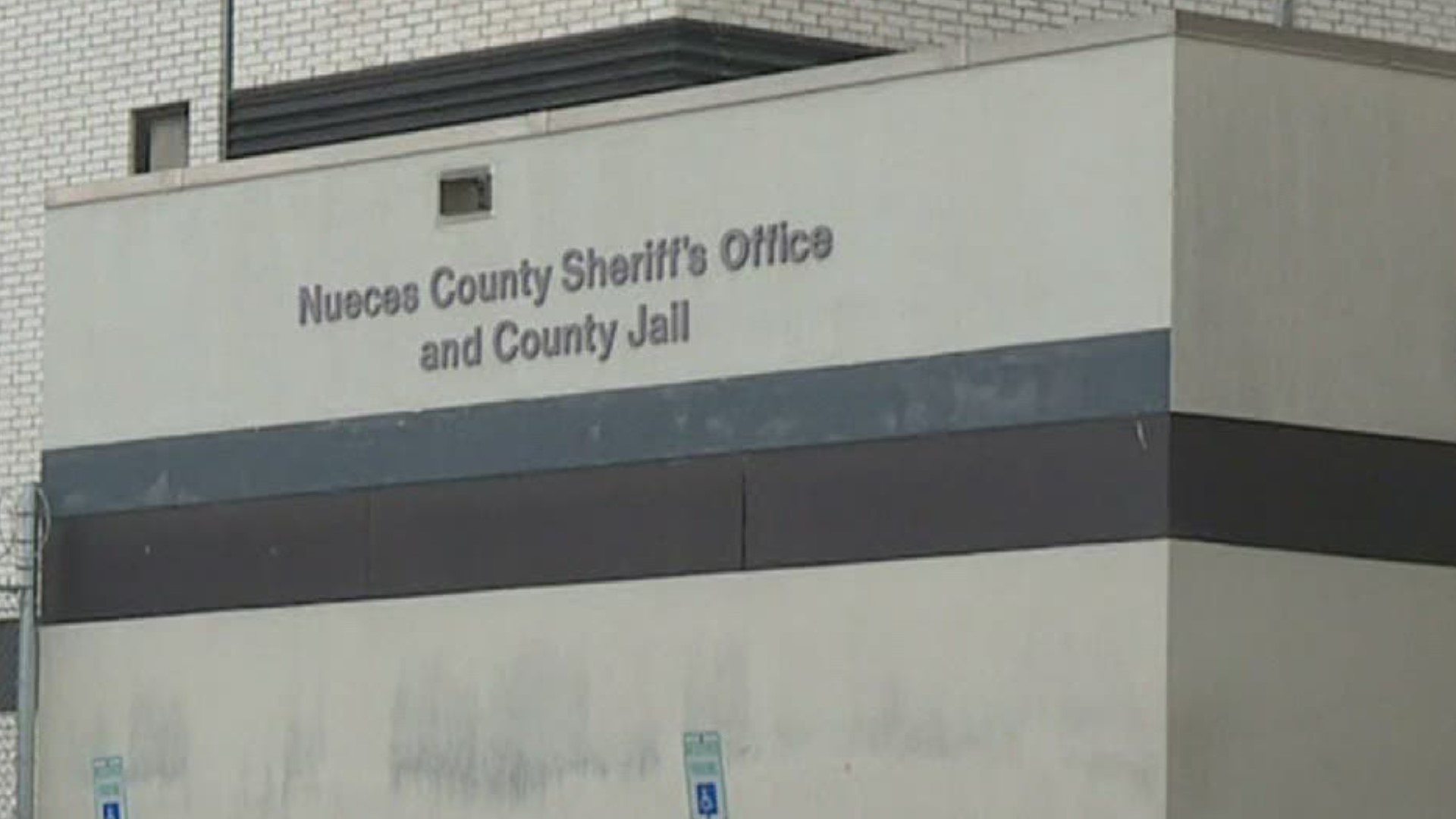 NUECES COUNTY, Texas — The Nueces County Sheriff is speaking out about the jail being at near capacity and how it could result in a failed jail inspection.

Sheriff J.C. Hooper told 3News that he believes the court system, which is back to conducting some in-person jury trials, needs to speed up the process in order to help relieve the strain the jail is experiencing.

Sheriff Hooper took to social media to state that his staff is dealing with a penitentiary type atmosphere, with 89 murder suspects under their care and 24 murder suspects in the county that have bonded out of jail, still waiting for their day in court.

1,700 days. That is how long Joseph Tejeda, a murder suspect in the 2016 killing of Breanna Wood, has remained behind bars waiting for trail.

He's one of 1,152 inmates currently putting the Nueces County jail at near capacity.

"The reason for this 99-percent jail population and the fact that we have been over 90-percent now for months, is because the courts aren't moving," said Sheriff Hooper.

Sheriff Hooper is hopeful of the court system that was brought to a halt during the COVID-19 pandemic can catch up to get trials heard.

Courts in Nueces County returned to in-person hearings about a month and half ago.

"I am definitely trying to move the in jail criminal docket as much as possible and make it a priority," said Judge Inna Klein of the 214 District Court.

Presiding Judge Inna Klein said since their return, judges have worked on every kind of case, including five jury trials.

Klein had a copy of Monday's docket on her desk.

"Today's docket has 27 cases I believe. All in jail cases," said Judge Klein.

Judge Klein said while jury trials are possible they are still very difficult to hold. Judges have tried to speed up the process by pairing up. While one judge is in a jury trail, another will hear that judge's docket.

"I understand and I feel his frustration, as another elected official, as a judge, as a tax payer in this county, I think it's going to take some time, and hopefully it will take less time if all of us work together, but it will not be an overnight solution," said Judge Klein.

The Sheriff confirmed to 3News that the jail recently underwent its annual inspection last week by the Texas Commission on Jail Standards.

While the commission has not yet released its findings to the public, the sheriff believes the jail will be found in noncompliance.

"When you are at 99-percent, almost all your housing bunks are full and then you also have people in your holding cell and when people stay in that holding cell for 48 hours, that is noncompliance," said Sheriff Hooper.

If found non-compliant, Hooper said he'll have 30 days to come up with an action plan and about a year to fix it, but he said the high population of inmates is the hardest issue to tackle.

"The only way to bring the population down is by getting these cases adjudicated or moving prisoners from this facility to another county jail," said Sheriff Hooper.

Sheriff Hooper credited his staff with keeping the jail safe and secure.

He said he has been in contact with other county jails to see if they have any beds available. Something he said isn't easy, because even if they do find available beds, they cost money, between 60 to 80 dollars a day, per bed.