Officer Dee Munsell has been with the CCPD for four years. Police said he is the sole officer who discharged his service weapon. 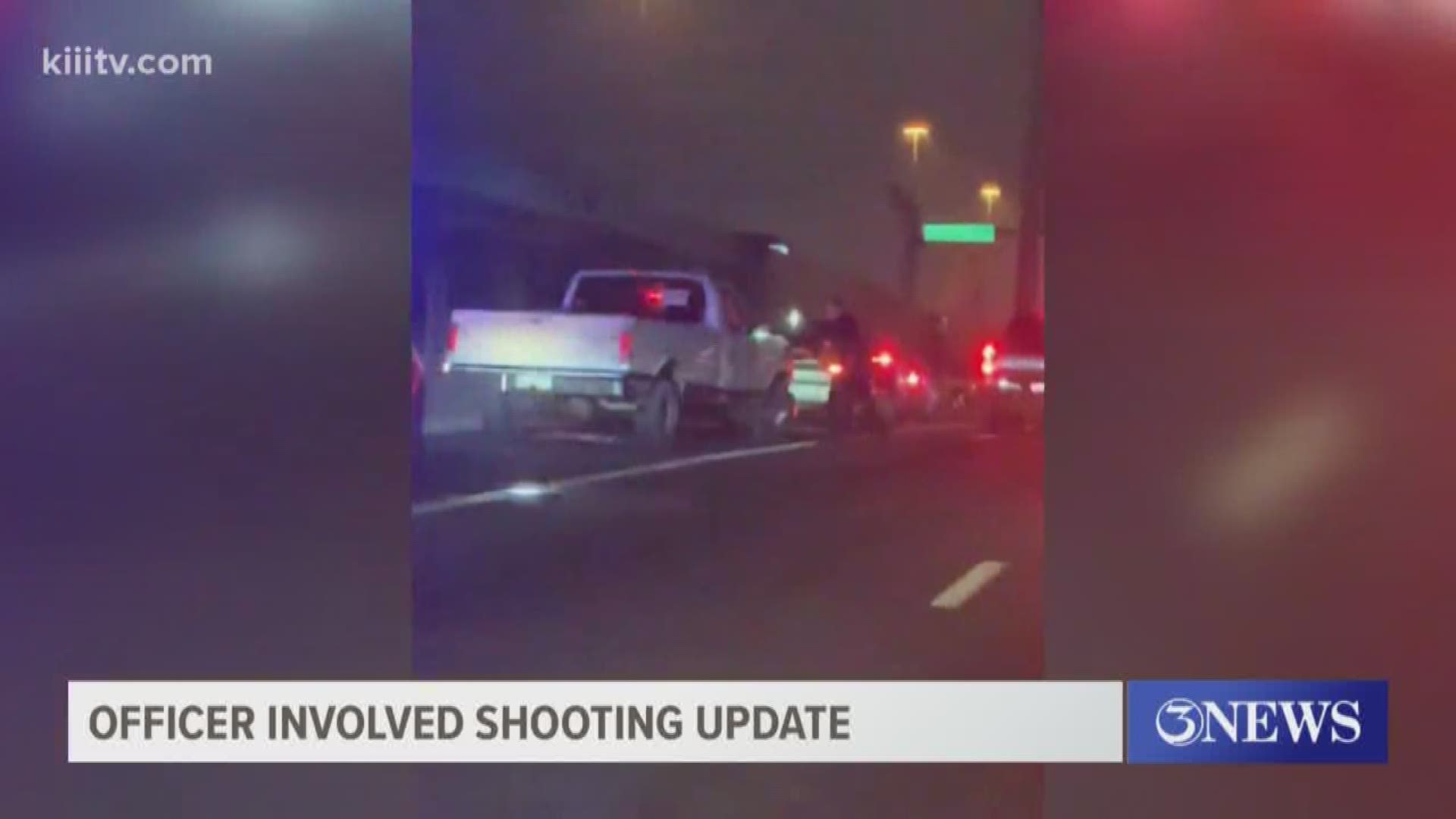 CORPUS CHRISTI, Texas — The Corpus Christi Police Department has provided more details into an officer-involved shooting that took place over the weekend.

According to police, it Saturday evening when officers conducted a traffic stop in the 4700 block of SPID. Police said the offender struck a vehicle and a marked police unit before driving in the direction of one of the responding officers.

That officer discharged his firearm and struck a third vehicle as the offender fled the scene.

The offender was quickly located in the 5900 block of Weber Road. The suspect was found just before 10 p.m. Saturday in an apartment. He had a gunshot wound and was transported to an area hospital where he was listed in stable condition.

Upon his release, the suspect is expected to face several felony charges including five counts of aggravated assault with a deadly weapon for striking two vehicles that were occupied by adults and children.

The CCPD officer who discharged his firearm, Office Dee Munsell, has been placed on paid administrative leave, as is department policy during officer-involved shooting investigations.

Munsell has been with the CCPD for four years. Police said he is the sole officer who discharged his service weapon.

If you have any information about this crime, call the Corpus Christi Police Department Criminal Investigations Division at 361-886-2840.