One man dead after fatal accident on Saratoga Friday night

According to Corpus Christi Police a pickup truck and motorcycle collided. 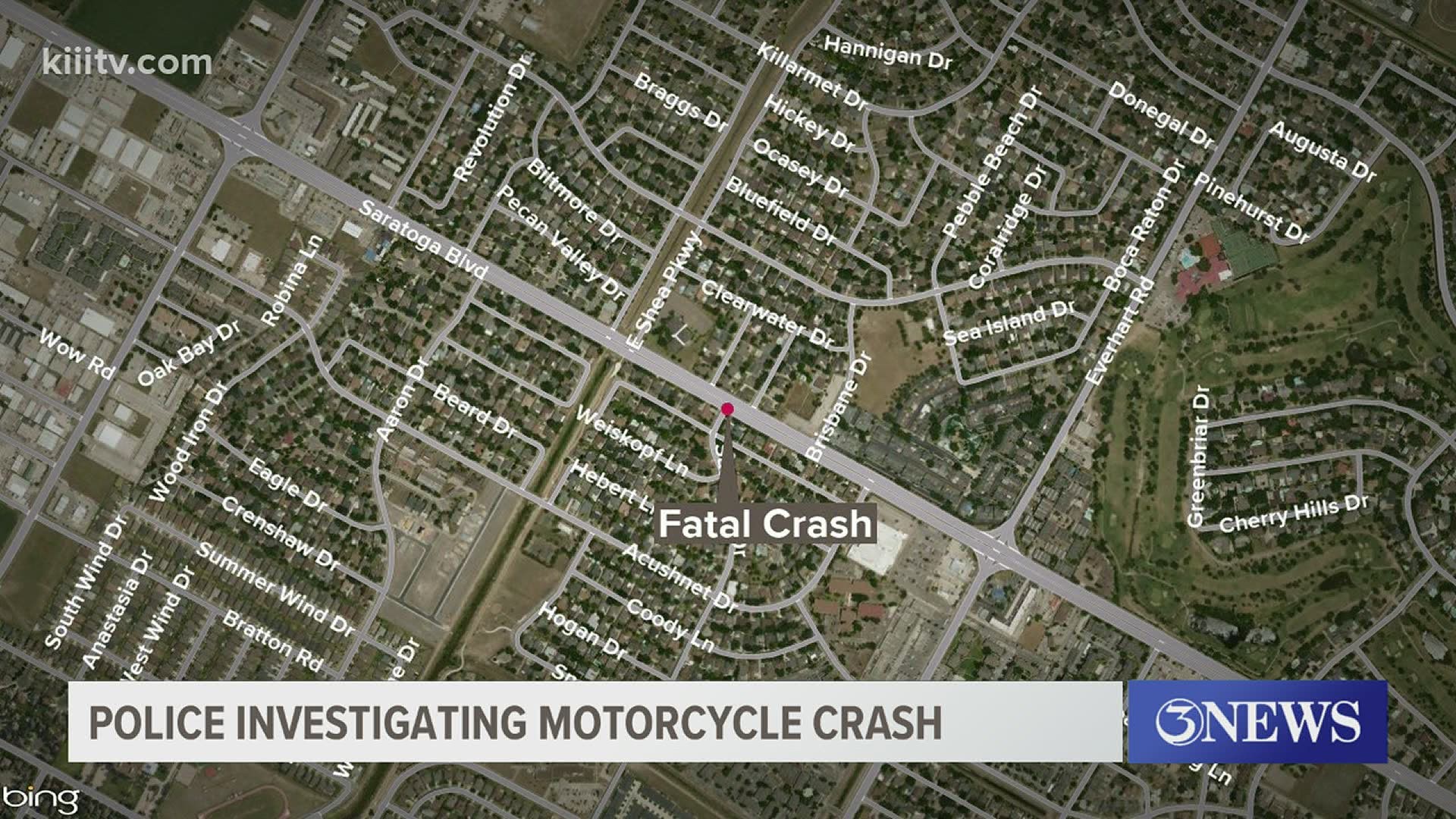 CORPUS CHRISTI, Texas — A 21-year-old passed away Friday night after a fatal accident on Saratoga.

According to Corpus Christi Police a pickup truck and motorcycle collided.

Witnesses told the police that the motorcycle seemed to be driving at a high rate of speed and that the truck may have failed to yield the right of way.

A 21-year-old male was driving the motorcycle; he was transported to the hospital with life threatening injuries and later died at the hospital.

Police say he was ejected from the motorcycle and was wearing a helmet.

According to police the driver of the truck remained at the location and was contacted and released on scene after a statement was taken.