Two dead, one injured after helicopters crash over ranch in Duval County

Duval County Sheriff Romeo Ramirez said three small helicopters were being used to net deer on a ranch when two of them collided. 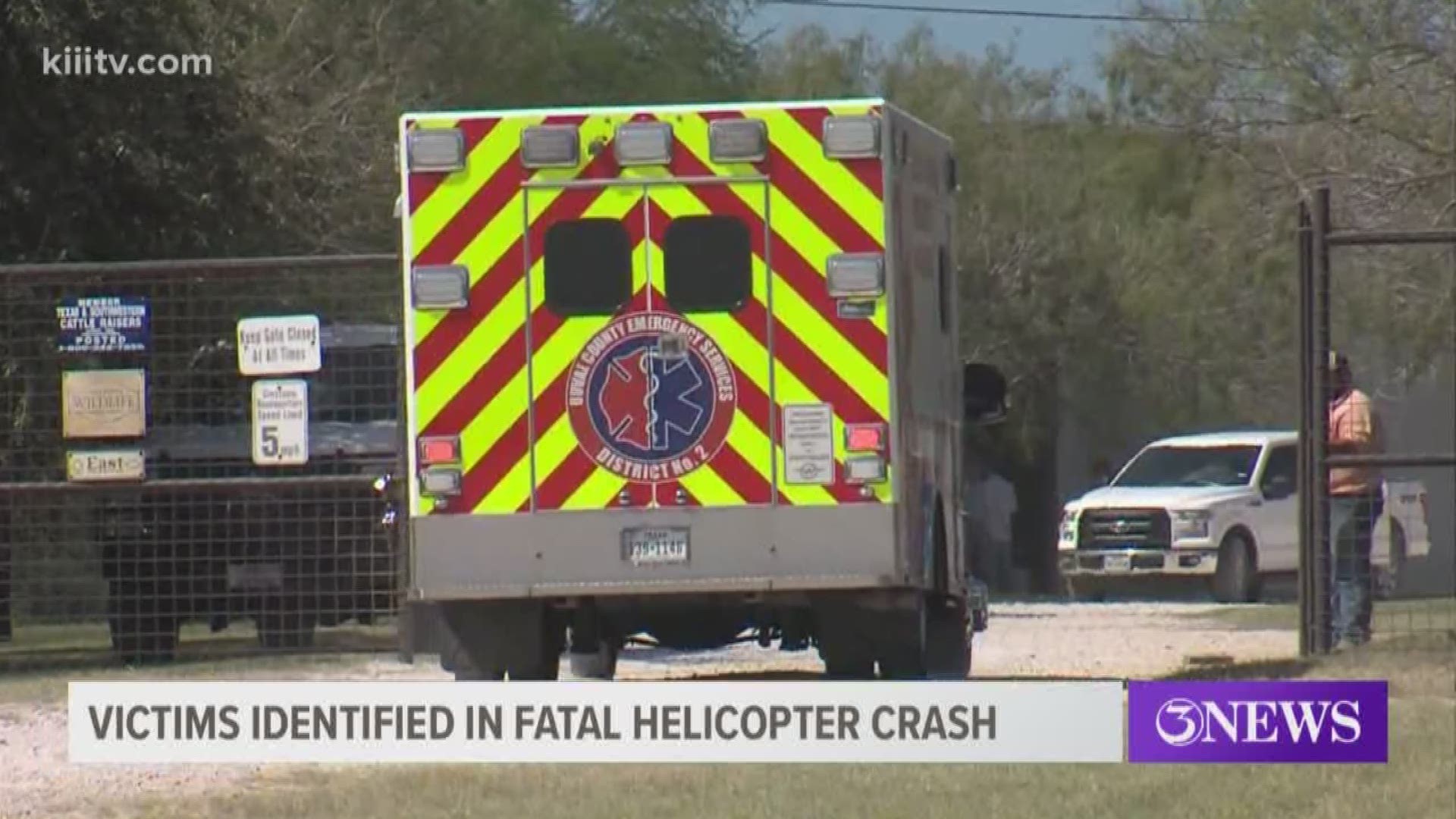 They were identified as 49-year-old James "Charles" Short of Alice, Texas; and 39-year-old Jose "J.R." Garcia from Realitos, Texas.

According to the Duval County Sheriff Romeo Ramirez, it happened Wednesday morning over a private ranch inside Duval County about five miles away from Hebbronville.

Ramirez said three small helicopters were being used to net deer on the ranch. It is believed that two of the helicopters got too close to each other and their rotors collided and one of them crashed. The other two landed safely.

According to the Duval County Sheriff, one person was confirmed dead at the scene. Another passenger was transported in critical condition via HALO-Flight to a hospital in Alice where they later died.

A third passenger was transported to the hospital in serious condition by ambulance.

Many 3News viewers who read this story early in the day asked us what exactly deer netting means.

Dear netting is part of a Deer Management Program, or DMP, used for either relocating the animals or for breeding purposes. The process is supposed to be approved by Texas Game Wardens ahead of time.

One Coastal Bend rancher explained the process to 3News.

"It's where a rancher can take and catch 20 white-tailed doe, deer, and put them into a five- or 10-acre, whatever size pen that he wants to, and the state or a biologist comes out and checks that he has plenty of water, brush, and food in there. If they get it approved then they can catch 20 does with any buck of their choice," rancher Jeff Curtis said. "It's a great deal that the State lets you do something like that."