Blackard Global, the company behind the project, was on-hand to answer questions. 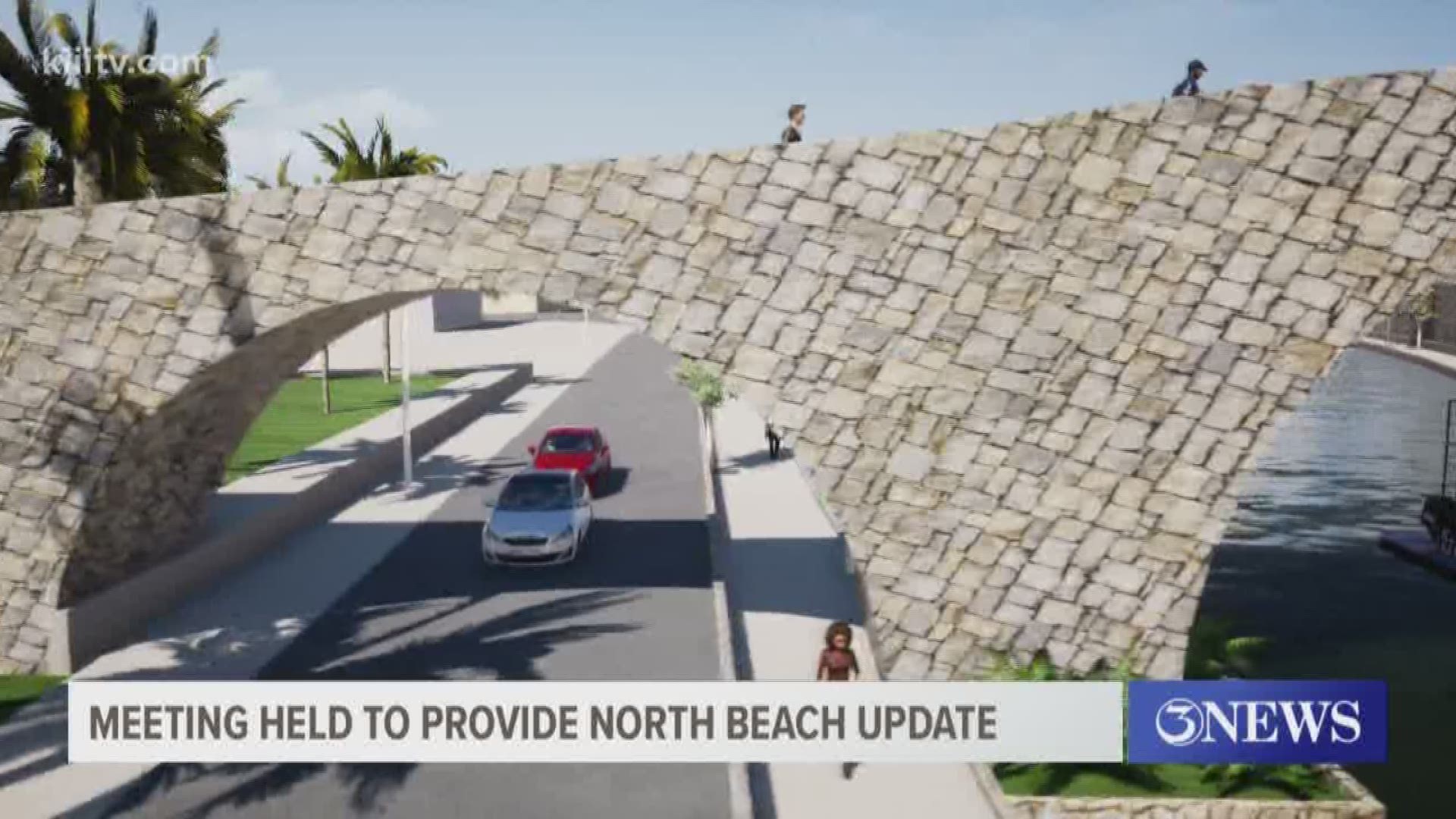 The purpose was not only to update the public on the North Beach revitalization but also, to answer any questions about it.

Lynn Frazier, the owner of Fajitaville sits in the heart of where the future North Beach will exist. He said as a business owner who started with a dream and made it come true, he's behind the project.

"It's just unbelievable, it's exactly, well, it was a little more than i was expecting, so it's really nice," he said.

Employees with Blackard Global showed a part of the documentary which shows the virtual future of North Beach.

RELATED: The future of North Beach

Jonathan Gonzalez with the company presented an update on the breaker islands and canal with the project.

He said there are six engineering companies who are working on studies for the project. Currently, two of them are looking into the breaker islands. Employees said they are needed to protect the beach from waves created by big barges and any weather hazards. Gonzalez said there's even potential for them to turn the islands into a habitat for wildlife such as oysters and birds.

"Drainage ditch and canal are both showing that, very early on, that yes, this in theory does work, but we'll have hard number to come from it, they're coming up with some cost estimates as well as feasibility, as how this works," Gonzalez said.

Gonzalez said they may have to raise North Beach up to prevent future flooding. Additionally, they may be able to use leftover dredging debris and material when the old Harbor Bridge is removed, for the canal and breaker islands.

The company said they need all of the support from the community, to get involved, visit their page here.