The action shields the company from paying any damages in excess of about $9.4 million in total to all plaintiffs. 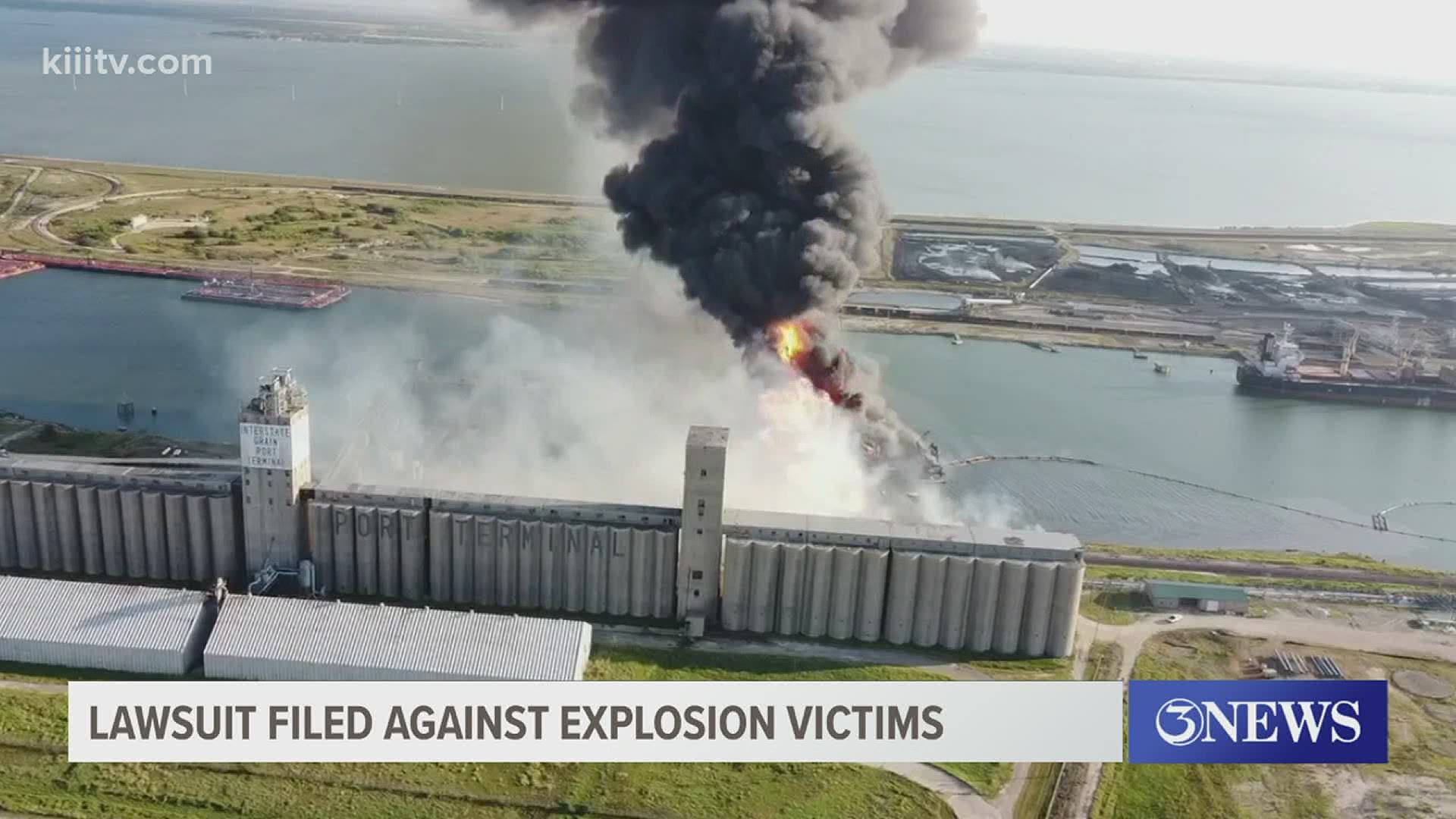 CORPUS CHRISTI, Texas — There are new developments in that deadly barge explosion in the Corpus Christi Ship Channel back in August.

We have learned that Orion, the company who owns the vessel involved, has filed a suit against the families of the victims.

At least four crew members were killed and many more were injured, which resulted in several lawsuits that have been filed against the company. This includes one by Houston based Attorney Kurt Arnold. He is representing one of the men who was severely burned and is seeking $100 million.

Orion filed what's called a limitation action in federal court. Kurt said what that does is shields the company from paying any damages in excess of about $9.4 million in total to all plaintiffs.

1 / 4
Facebook
Chief Executive Officer at the Port of Corpus Christi tells 3News a private dredging operation clipped the propane line. That propane line has been shut off.

"Ultimately, companies have the opportunity to do the right thing after these kinds of disasters," Arnold said. "Many people were killed. Many were seriously burned. Many were injured. They didn't have to avail themselves of this aggressive tactic of suing the families in their most vulnerable moments, but they chose to. The families, while they are recovering, are going to have to get somebody to protect their rights or they will lose them all in 60 days."

Arnold said the limitation action cites a law from 1861 that he says is outdated and has been battling to eradicate. He is working to get his client's case heard by a jury trial.

Arnold and Itkin LLP filed a lawsuit against Orion Group Holdings Inc. on behalf of Jose Cantu. Cantu is seeking $100 million in damages for injuries suffered as a result of the deadly dredging barge explosion and fire in the Port of Corpus Christi in the early hours of August 21.

The defendants in the Orion explosion lawsuit have filed a Limitation Action, citing an antiquated 169-year-old law in an attempt to shield them from paying any damages in excess of $9,481,760.00 in total to all plaintiffs.

The action also helps to prevent the families of workers who were injured and killed from realizing their constitutional right to a trial before a jury of their peers.