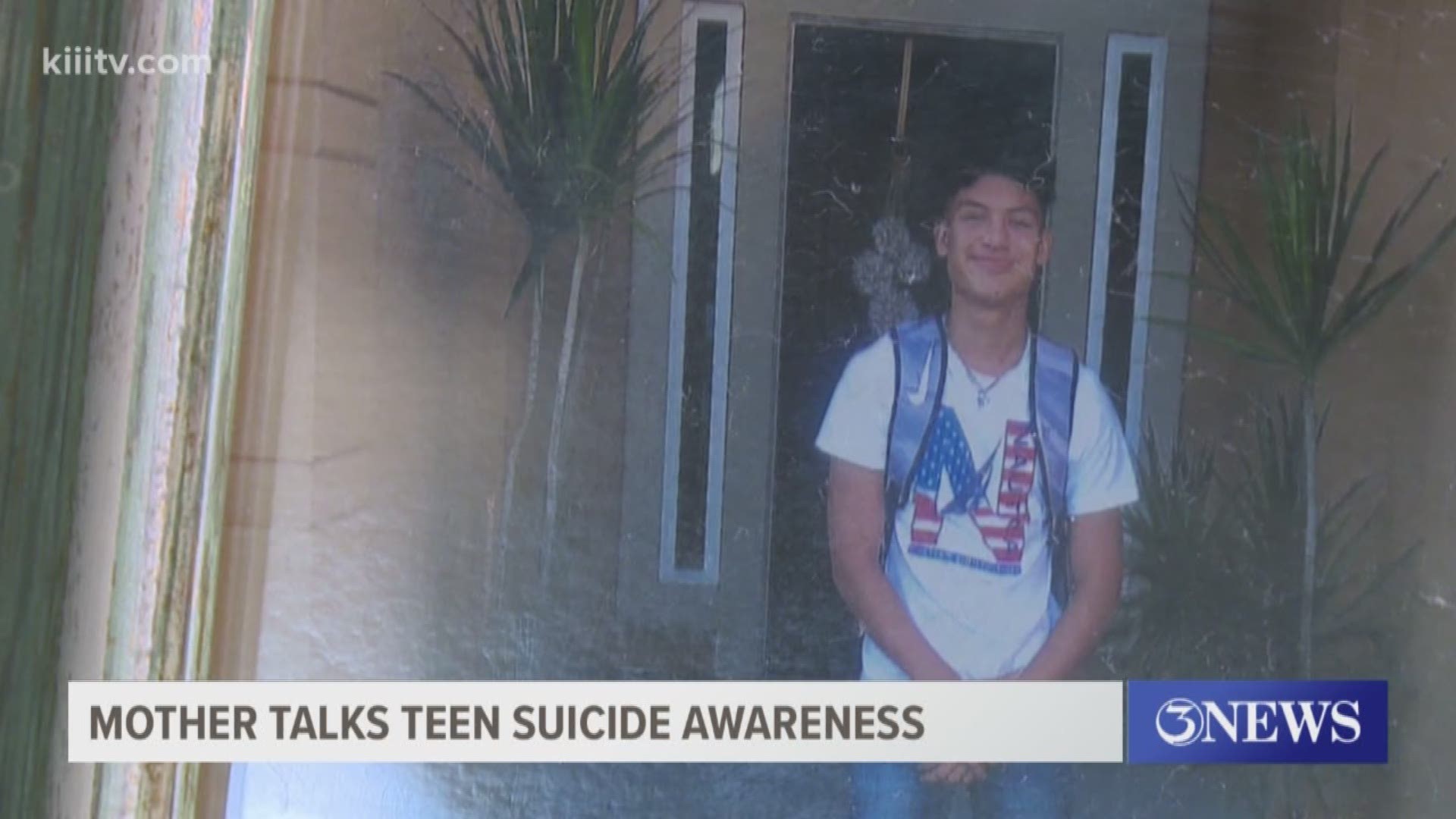 CORPUS CHRISTI, Texas — September is Suicide Prevention Month, and on Wednesday a Coastal Bend mom spoke out about the death of her teenage son in hopes of raising awareness about a topic that is hard for many to talk about.

Christine Martinez sat down with 3News for a candid interview about the often taboo subject. Martinez hopes that her son's story can help prevent another family from experiencing the same kind of tragedy.

"He was a beautiful, beautiful boy," Martinez said.

Cristian Rodriguez was a freshman at Veterans Memorial High School.  Videos and pictures show him doing what he loved most, playing sports especially basketball. Rodriguez was seen with former Spurs player Danny Green in one pictures provided by his family.

"He was happy. That is why it is so shocking to us and tragic, because he was a happy child," Martinez said.

Rodriguez was a seemingly happy kid full of life and dreams ahead of him, but at the young age of only 14, he decided to take his own life.

"We have gone through so much, I can't believe I'm actually sitting here speaking to you about my son. There were no clues, no signs. I have to say that thinking back now, you have to constantly talk to your kids which we did."

Martinez hired legal counsel to help obtain access to her son's phone and social media to shed some light into his death.

"I really want them to get a sense of hope and better understanding that this is something that is very current, very real in our society today," Martinez said.

Martinez organized a walk in Cristian's name as a way to keep her son's memory alive, but also to start a conversation.

"Even in the midst of my grief, I had to talk to myself.  Do you want to be at home doing absolutely nothing, and still miserable or do you want to help someone else? Honor your son, and bring awareness, so that no other parents have to go through this.  To say painful is an understatement," Martinez said.

Martinez is encouraging parents out there to talk to their children, to know what they are doing, who they are talking to, and to know their passwords.

Registration for the walk will begin at 8:30 a.m. Saturday, Sept. 7 and it will take place at the Grant Middle School Track on Aaron Drive. The event is free, but they will be accepting donations which will benefit the Cristian Gabriel Rodriguez Memorial Scholarship Fund.