Neighbors on Padre Island help each other through the winter storm

Four residents from the island shared with 3News how the community came together as one. 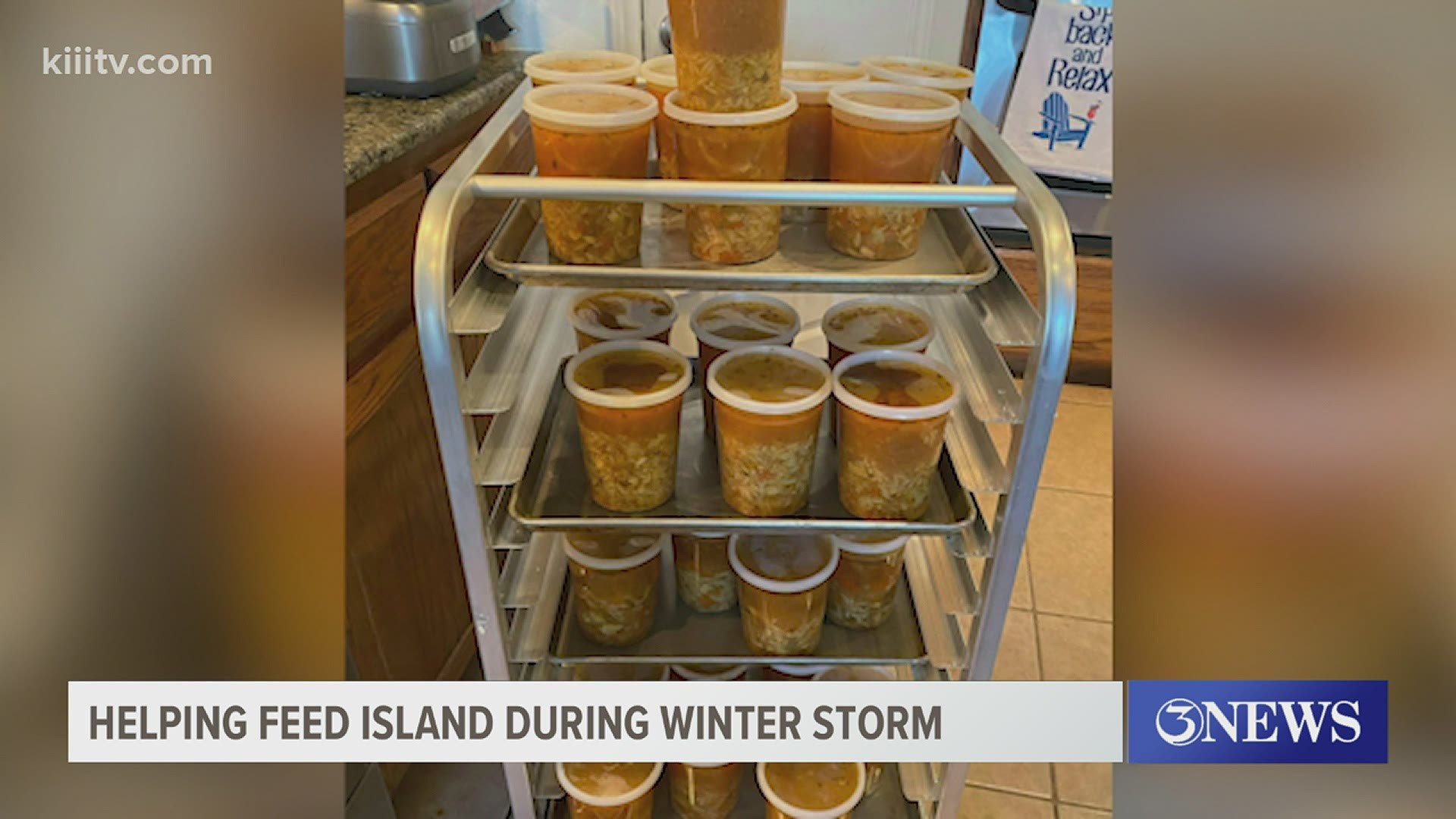 CORPUS CHRISTI, Texas — Neighbors helping neighbors is something we’ve seen plenty of times through hurricanes, the pandemic and most recently the winter storm.

Gail Huesmann, Jessica Chappell, Rachael Warner, and Lauren Denver-Potter are just four of the many faces from Padre Island that helped their neighbors during the winter storm.

“We are a very close-knit community and so when we see one of our own suffering when one of us has the resources to help them, we like to join in and pitch in as much as we can,” said Denver-Potter.

“I saw a good amount of people who were in need so I just kept going and then everybody showed up at the door calling me can I come help, donated food I mean they were so many people that helped,” said Warner.

Warner along with many other residents helped make hundreds of meals and delivered them in the freezing temperatures.

“There was at least one person cooking every single day and getting meals out to people,” said Huesmann.

Smiles were brought to even the youngest of neighbors and restaurants kept their doors open to lend a hand.

“We’re gonna sell everything until everything’s gone and then hopefully by that point the other restaurants will be open and we can take a step back and pick up where we left off, which is exactly what happened,” said Jessica Chappell, owner of Padre Poke.

Neighbors even handing out supplies to one another. Supplies like generators, space heaters, PVC, gas cans and much more.

Residents on the island lent out a helping hand to each other the entire week.

“There were multiple households doing this at one time, multiple restaurant owners, so we just kept on going till there wasn’t a need anymore.” Said Warner.

Neighbors across the island came together as one.