A number of voters that spoke to 3News understood the parents concerns and believe voters should wear masks even though it's not mandatory. 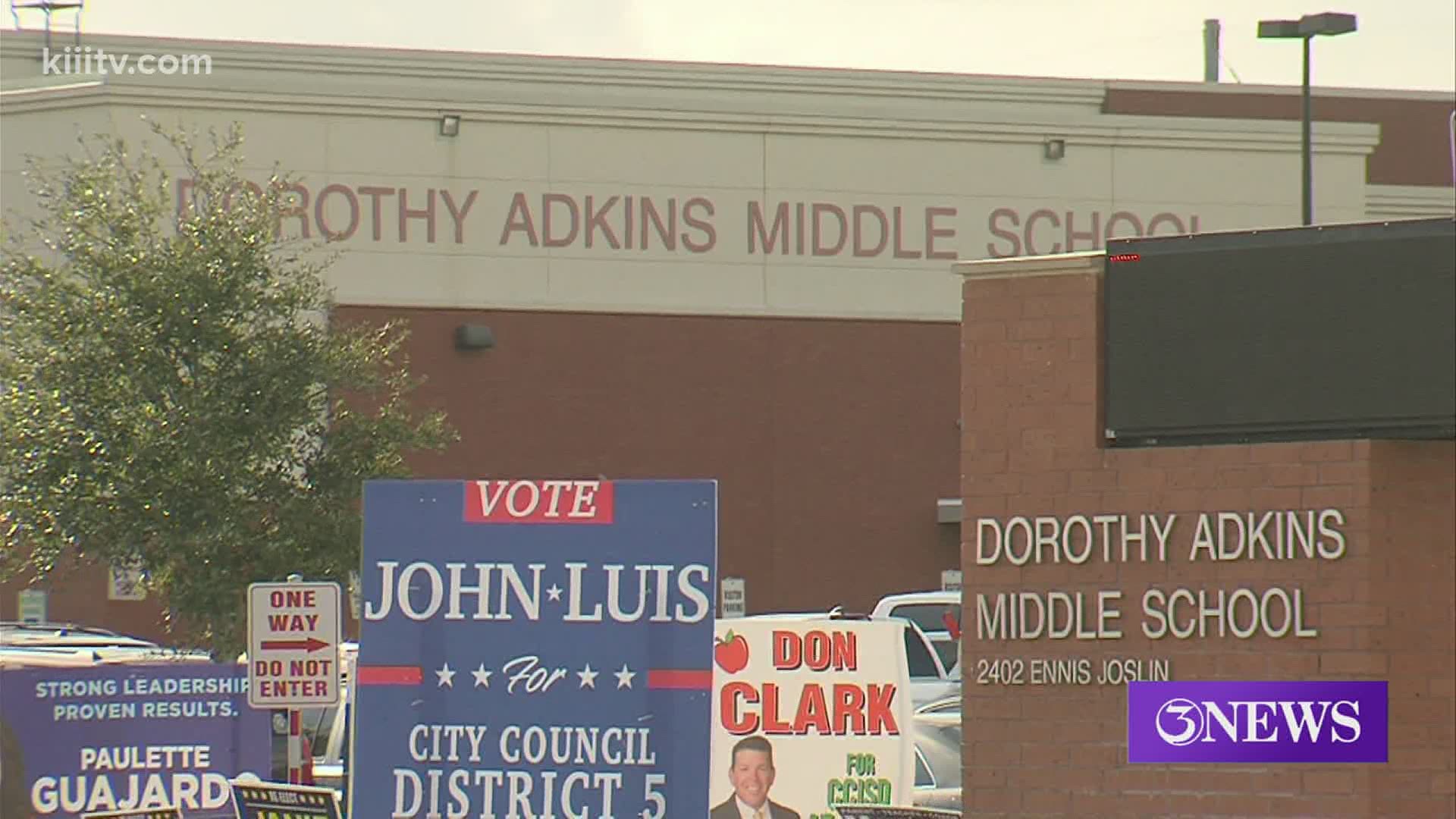 CORPUS CHRISTI, Texas — Some Coastal Bend parents have expressed to 3News that they would prefer their children's schools not be used a election day voting sites. They believe there is no guarantee that their school will be clean and coronavirus free when their children return the next day.

Veterans Memorial High School and Dorothy Adkins Middle School are two of the Corpus Christi Independent School District campuses where early voting is taking place. District officials said that is because they were able to isolate voters at the schools from students and staff.

RELATED: Vote 2020: Where you can vote early in Nueces County

However, on election day there will be quite a few schools serving as voting sites. Those schools' students will stay at home that day and attend virtual classrooms. They will return to school the next day. That plan was put into place because officials said they could not isolate voters from students on those campuses; but parents like Amber Silva worry about sending her kids to school the next day to a building that was full of voters -- none of whom were required to wear a mask.

"We need to have temperature checks and wear a mask and social distance and vote from their vehicles, if it's at all possible," Silva said. "This is not something to play with. These are kids."

Many other parents agree that voters should not be allowed into the schools. Especially when there is no mask mandate.

"A lot of the polling places are schools, and the kids are required to wear a mask to come to school and they're required to do social distancing," parent Kathy Jackson said. "We voted today at Veterans and my son attends the school. However, he is homebound because he is immune compromised."

A number of voters that spoke to 3News understood the parents concerns and believe voters should wear masks even though it's not mandatory.

"I think that's very wrong," voter Samer Jifi said. "I think because they are risking their health and others too. You need to think about others, not just yourself."

One person told 3News that she thought the voting system in place was well thought out and very sanitary.

"They have it pretty isolated from the students," voter Joan Oliver said. "You were not required to wear a mask but there were old people in there. Solely out of courtesy I wore mine. They do have the sanitation stations set up and it is touchless, and so they hand you a Q-tip and you touch the screen and you vote."

The man in charge of CCISD's custodial operations feels that his crews have been doing a great job cleaning schools where early voting is taking place.

"Our custodians are being very vigilant. They are disinfecting all of the high touch areas. The high touch surfaces," CCISD Custodial Operations Coordinator Jeremy Tremblay said. "The areas that are currently being used for the early voting are in areas that are located with very little-to-no traffic from the campus itself."

Tremblay also believes his cleaning crews will have the schools sanitized and ready for students to return to the classroom after election day.