For the man trapped in floodwaters, clinging to an umbrella for a way out, his prayers were answered. 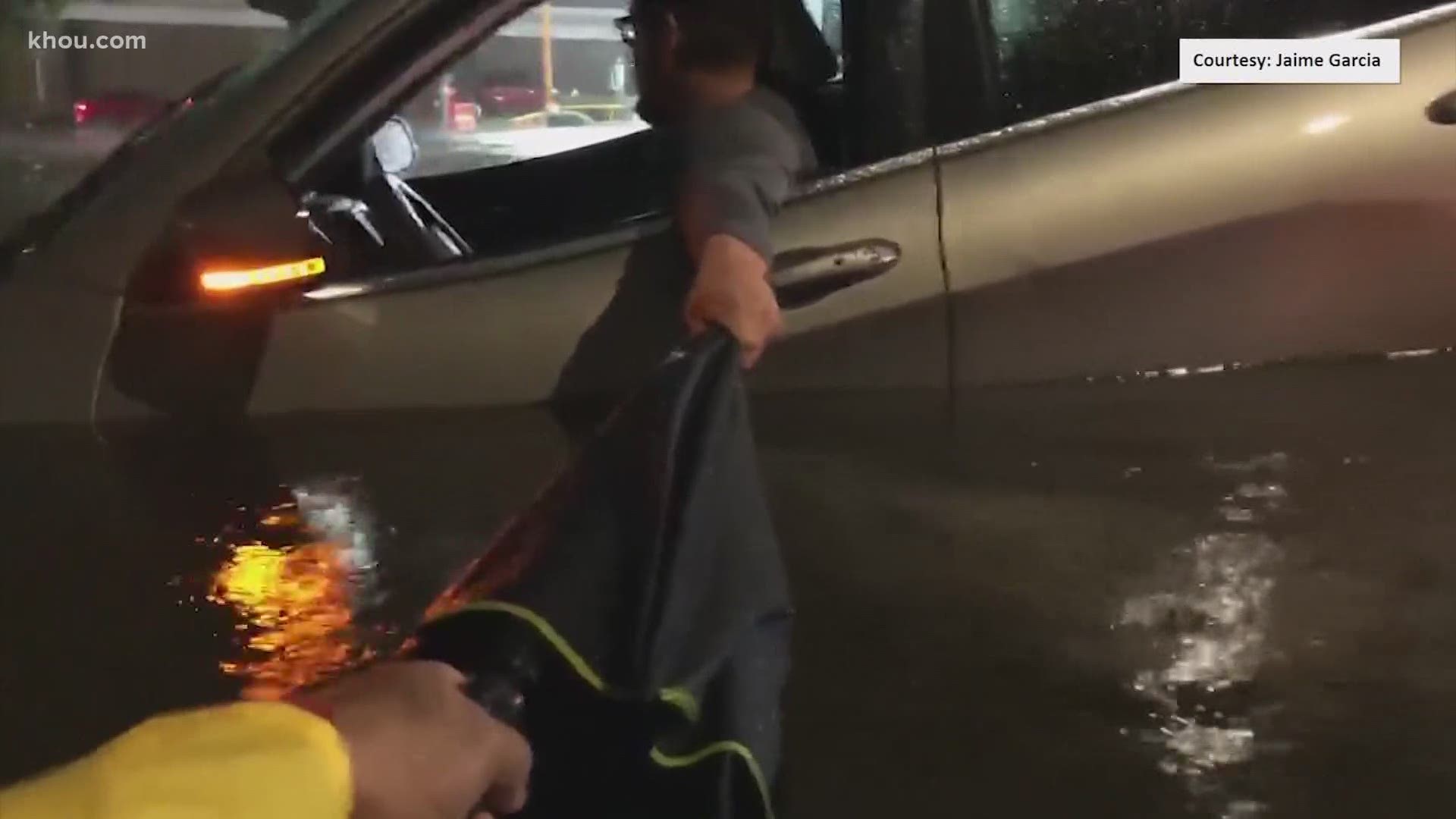 HOUSTON — A driver whose SUV began floating away in Tropical Storm Beta floodwaters is safe thanks to a Houston-area pastor.

“Sir, you need some help?" Pastor Jaime Garcia asked the man whose car was trapped in floodwaters. "Guys, I'm going to stop the footage. Come on and open that door!"

Garcia is no stranger to saving people, but this isn't Bethel Baptist Church.

“There was not an option but to help this man,” Garcia said.

Garcia helped with something that always comes in handy when it rains.

“I’m literally floating him to me. Look at this guy!" Garcia said. “Because I didn't know the condition or how deep it actually was in that area, I had to use that umbrella as a bridge to connect us and it worked. As he hanged on and as I hanged on, I was able to float him to an area where he could get off safely."

For that man, clinging to an umbrella for a way out, his prayers were answered.

“I tried to get out really quick, but I started feeling the car turning sideways, like it was going to flip,” the man said. “When I opened the door, the water started pulling the car down.”

As flash flooding fills people with angst, Garcia said for him, it's purpose.

“I’m a weather enthusiast, but it also gives you the opportunity if there's a good situation to be able to help someone and make a difference,” he said.