Investigators found the lid to a storage case near where remains have been found the last two days during the search for missing Fort Hood soldier Vanessa Guillen. 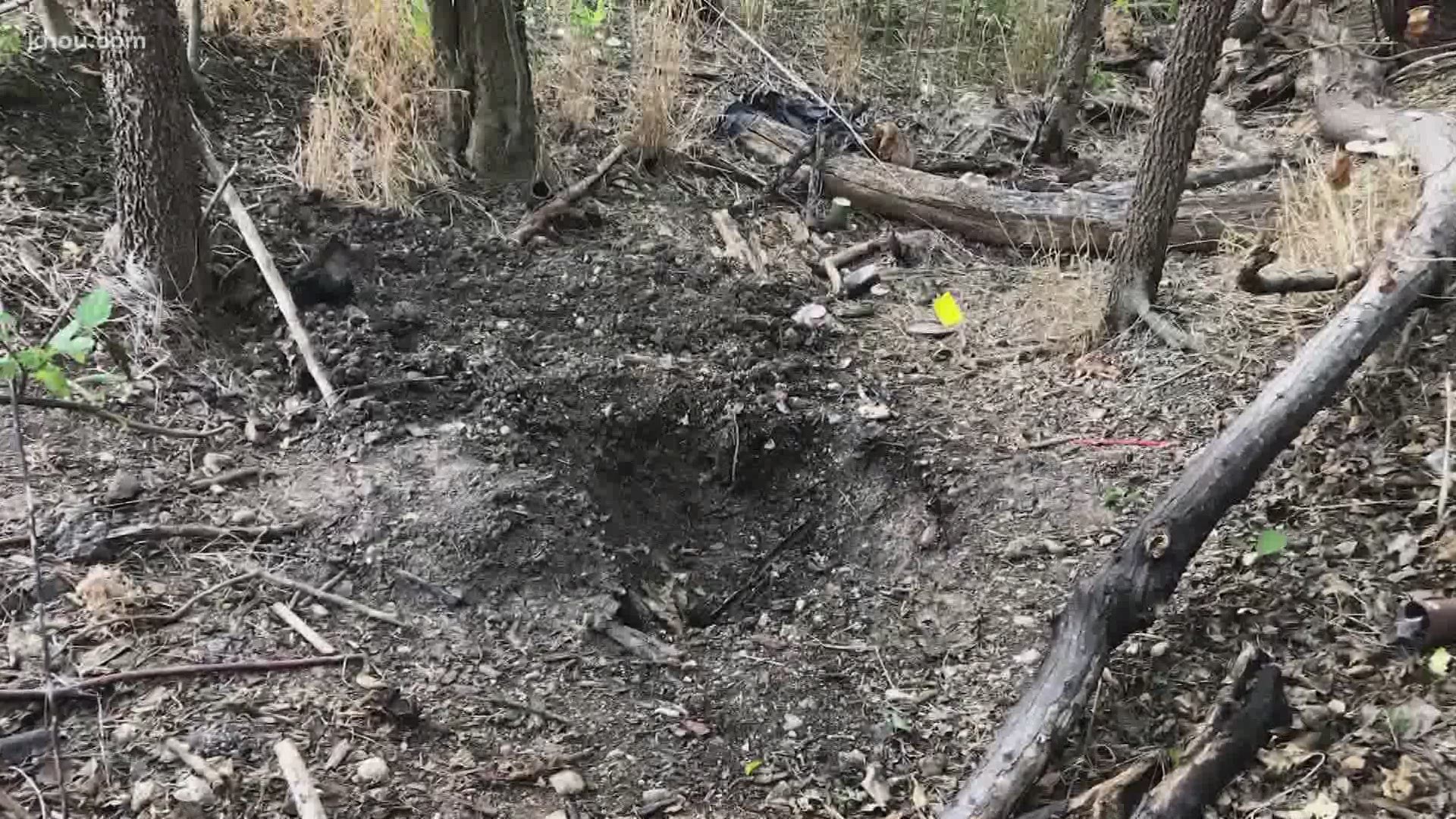 HOUSTON — More human remains were found Wednesday as investigators searched for a second day at the same location roughly 30 miles from Fort Hood. The remains have still not been positively identified, but Texas Equusearch's Tim Miller has called off his search and believes the remains found are Vanessa Guillen.

Guillen is the missing soldier from Houston who was last seen April 22. Now, we’re learning more about what led investigators to the remains and what happened when police confronted the man they believe was responsible.

A picture given to KHOU 11 News shows the location where investigators found the first piece of evidence last week that led them to believe the search for Guillen was close to over. But at the time, they didn't realize she could have been buried in a shallow grave nearby. It wasn't until a man working in the area smelled a foul odor that investigators were called out again.

"We knew immediately, yep we are in the right spot," Miller said.

He said the evidence they found was the lid to a Pelican storage case. A case a witness said they saw being loaded into a car around 8:30 at night around the time Guillen disappeared.

Miller said the spot where they found remains was well-concealed.

"It appears he buried her, put lime on her, mixed up concrete, put that over her, put dirt over her, rocks and stuff," Miller said.

Overnight video showed the scene where Killeen police confronted the suspect. They said he ultimately took his own life. However, the Army said there's another suspect in custody. The estranged wife of a different man who they said is a former Fort Hood soldier.

In Houston, a mural was painted outside Taqueria Del Sol. It's a popular restaurant near the city of South Houston.

"It's just important for people to remember her," said Alex Roman.

Roman is a Houston artist who goes by Donkeeboy. People came to the mural Wednesday night to honor Guillen. They gathered to call for justice and answers.

"I'm from this neighborhood and so is she, so I had to do it," Roman said.

The Army hasn't said how the two suspects are connected. The remains have still not been positively identified, though, searchers say they believe it's Guillen.

Great news if you watch TV with an antenna

KHOU has just upgraded its technology.  If you were unable to receive KHOU with your antenna in the past, try again on channel 11.11.  You may have to rescan your channels for it to work – if that’s the case, we’ve got some instructions at KHOU.com/antenna.  If you already see KHOU on 11.1, you may now ALSO see it on 11.11 – it’s the exact same programming.  We’re really excited to be able to bring our KHOU 11 News, CBS shows and sports, Wheel of Fortune, Ellen and Great Day Houston to more homes around the area.  If you’re still having trouble, please contact us here and we’ll try to get you set up.