Mayor Paulette Guajardo tells 3News that she is pushing to add 10 officers to the police department next year. 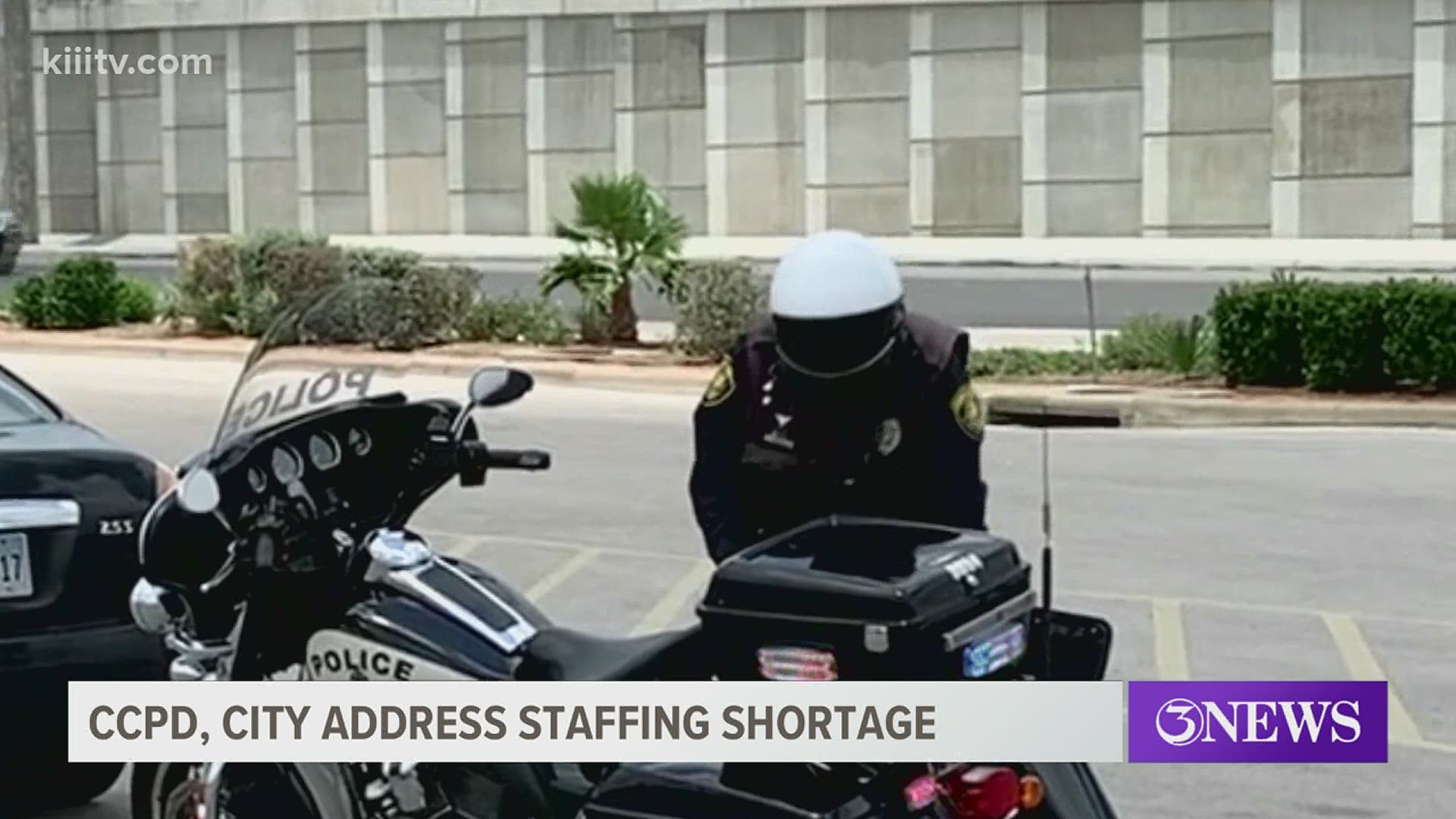 CORPUS CHRISTI, Texas — The City of Corpus Christi is currently in the middle of budget talks.

One of the big items to come out of those discussions is the possibility that the city is going to sign off on a plan to increase the number of police officers from 456 to 466.

That would be an increase of 10 police officers added to the force next year.

"Instead of adding five police officers, we are going to recommend that we add 10," Mayor Paulette Guajardo said. "Our budget process allows for that and our budget process is about prioritizing many things and that's what it comes down to."

Guajardo told 3News that she is pushing to add 10 officers to the police department next year. There has been an agreement in place for several years to increase those numbers by five each year.

"If you had police force that is completely balanced with your population, we would be down about 116," she added.

Currently, the police department has 51 men and women in it's academy. They will help to fill the positions of officers who have retired or left the department over the past year, along with those who will retire at the end of the year.

That's good news for the department because this year, it's already down 20 officers and another 20 could retire at the end of the year.

"We make our best predictions on what we've known from the past so we may end up over one or under one so you just kind of look at what's done in the past as you predict out what's going to happen in the future," Deputy Chief Bill Breedlove with the Corpus Christi Police Department said.

Scott Leeton, the president of the Police Officers Association, agrees with the need for more officers on the streets.

"It takes steps and so this is a start," Leeton said. "They have been continually moving forward on this so it is good news but it's not gonna make an eye opening change."

Leeton added that city council's desire to add more officers mirrors that of residents who don't stand behind the defund the police concept.