The victim's wife said that nothing seemed out of the ordinary before the shooting happened. 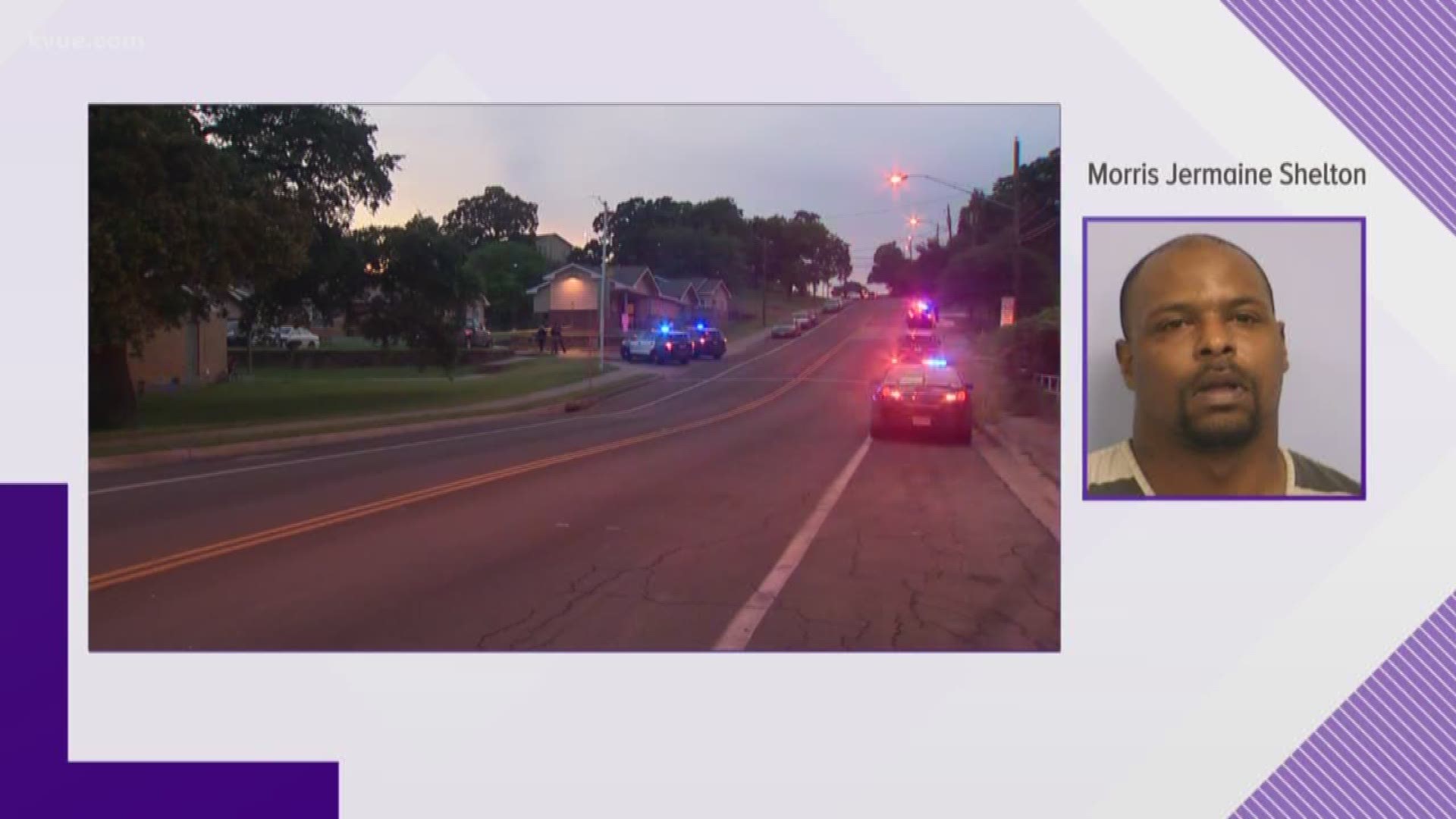 AUSTIN, Texas — The wife of a man who was fatally shot outside his longtime friend's East Austin apartment said the shooting appeared to have been "completely unprovoked," an affidavit stated.

The incident happened at 7:46 p.m. in the 2600 block of Rosewood Ave. on June 24. Police have accused Morris Jermaine Shelton of shooting Bruce Wayne Washington, 47.

According to an affidavit obtained by KVUE June 26, investigators spoke with Washington's wife, who said the attack was "completely unprovoked." She said Washington and Shelton had been friends for years and that Shelton was previously married to Washington's sister.

Before the shooting, Austin police said Washington went to stop by Shelton's apartment briefly while Washington's wife waited at their car.

Washington asked his wife to come inside Shelton's apartment with him. Before they walked inside, Washington's wife said she heard gunfire erupt from inside the apartment. She said her husband had been shot through the screen door of the apartment.

She said Shelton then stepped out of the apartment and continued to shoot Washington "as he lay defenseless on the ground," the affidavit stated. The victim's wife said Shelton apologized before going back into his apartment.

She later told investigators Washington was in a particularly good mood and there "was no indication whatsoever that anything was awry as they approached the door of the apartment."

According to police, officers responded to the scene of the shooting and transported Washington with life-threatening injuries to an area hospital. Police said he succumbed to his injuries and was pronounced dead at 8:44 p.m. that day. The Travis County Medical Examiner's Office said June 25 that Washington died from gunshot wounds.

Shelton was taken into custody shortly after the shooting happened, according to police.

When investigators spoke with Shelton about what happened, he said Washington came to his apartment to buy drugs, according to the affidavit. Shelton said he shot Washington "over some B.S.," the affidavit stated. When questioned further about the shooting, Shelton asked for a lawyer.

According to online records, Shelton is in police custody.

Anyone with information regarding this case is asked to contact police at 512-472-TIPS.