Police said it's the worst intersection in town based on the number of accidents that happened there in 2018. 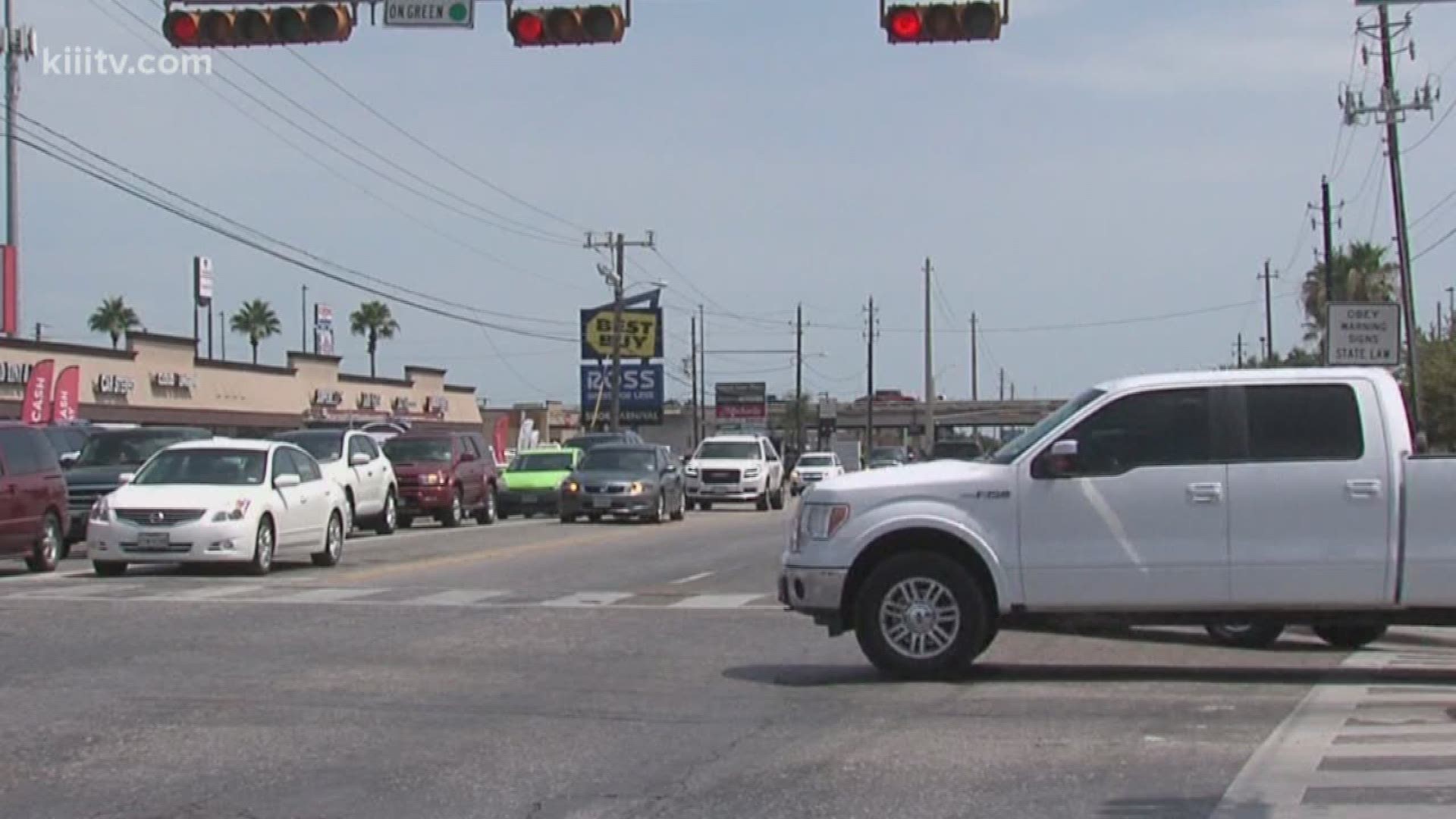 CORPUS CHRISTI, Texas — Corpus Christi police released Wednesday a list of the top 10 most dangerous intersections in town, and right at the top of the list was the intersection of SPID and South Staples Street.

Police said it's the worst intersection in town based on the number of accidents that happened there in 2018.

"To people constantly on the go, it's like that one or two seconds that you would save just in that little gap is worth not letting people in," CCPD Lt. Tim Frazier said. "So what happens is you get too close."

Frazier is head of the City's traffic division and said Texas, including drivers in Corpus Christi, think of speed limit signs as suggestions and not the law. His division has identified the top 10 most dangerous intersections by the number of accidents in 2018.

Staples Street and SPID topped the list with 69 crashes, followed closely by SPID and Airline Road, SPID and Kostoryz Road, and SPID and Everhart Road.

Fifth on the list was Staples Street and Saratoga Boulevard, followed by SPID and Rodd Field Road, and then Highway 286 and Crosstown.

Four intersections tied for 9th place, including Everhart Road and Saratoga Boulevard, Staples Street and Holly Road, I-37 and Shoreline Boulevard, and Cimarron and Saratoga boulevards.

Last on the list was SPID and Greenwood Drive.

Frazier said police are targeting those intersections sometimes twice a day. They have averaged passing out 60-70 citations in just two hours at many of those locations. Frazier said the City and State are making corrections as well, like the widening of Rodd Field Road at Yorktown Boulevard and changing the off ramps on southbound SPID.