The shooting victim was taken to the hospital but is expected to be okay. 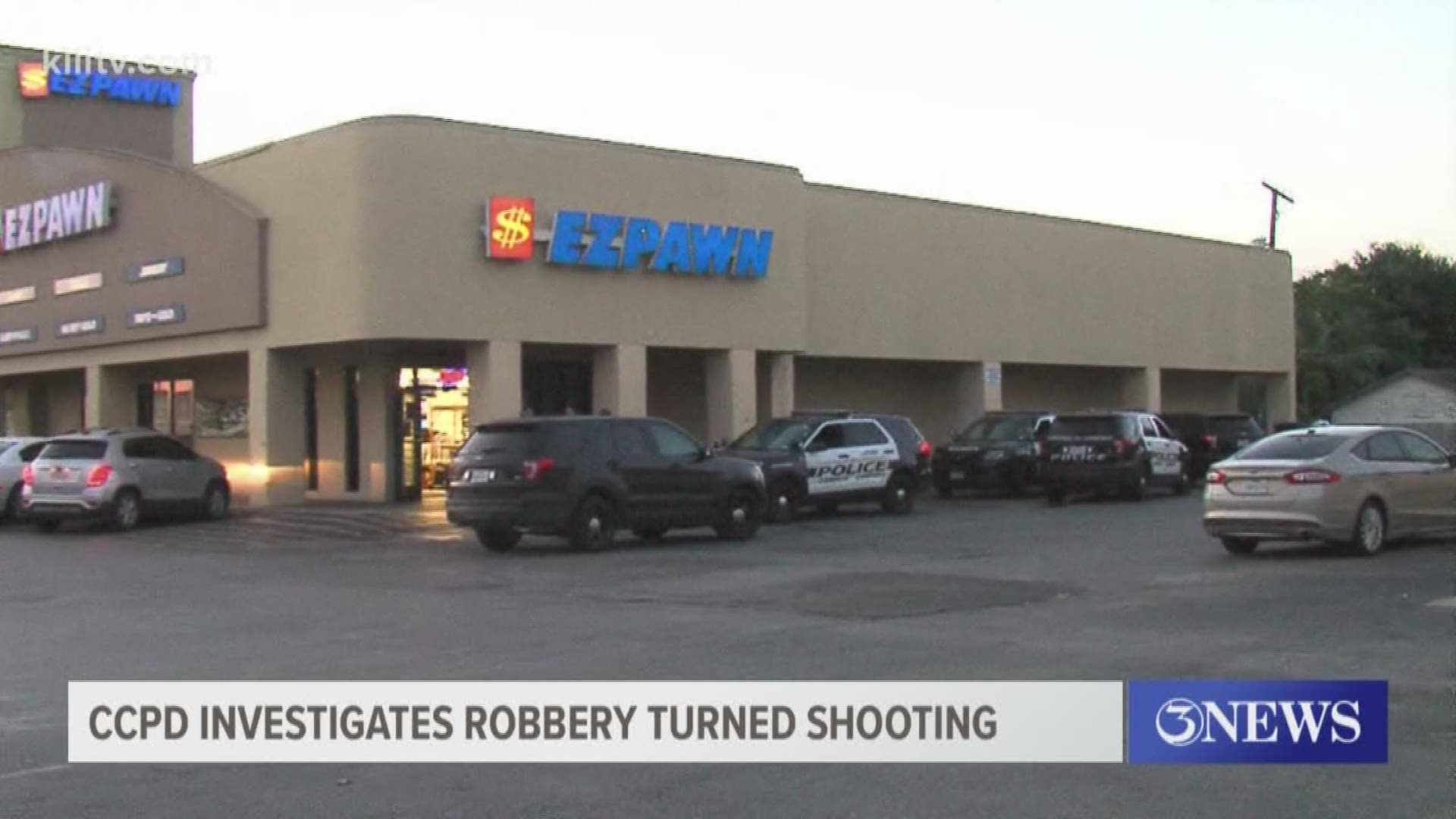 CORPUS CHRISTI, Texas — Corpus Christi police are looking for two armed men after a robbery Monday night resulted in a shooting that sent one person was to the hospital.

Police were called to EZ Pawn just before 6 p.m. on SPID and Weber in response to an armed robbery.

When officers arrived at the scene employees told them two men came into the store and stole some merchandise.

According to police, the two men got away on foot hopped some fences and ended up at a house on the 3900 block of Delphine. Residents at the house confronted the two men.

"A struggle ensued, and one of the suspects discharged a firearm, striking one of the residents," Lt. Michael Pena said.

According to police, the residents were taken to the hospital with non-life threatening injuries.