The City of Port Aransas estimates that there may be up to 125 people with their RV's hooked up to utilities all around Port Aransas. 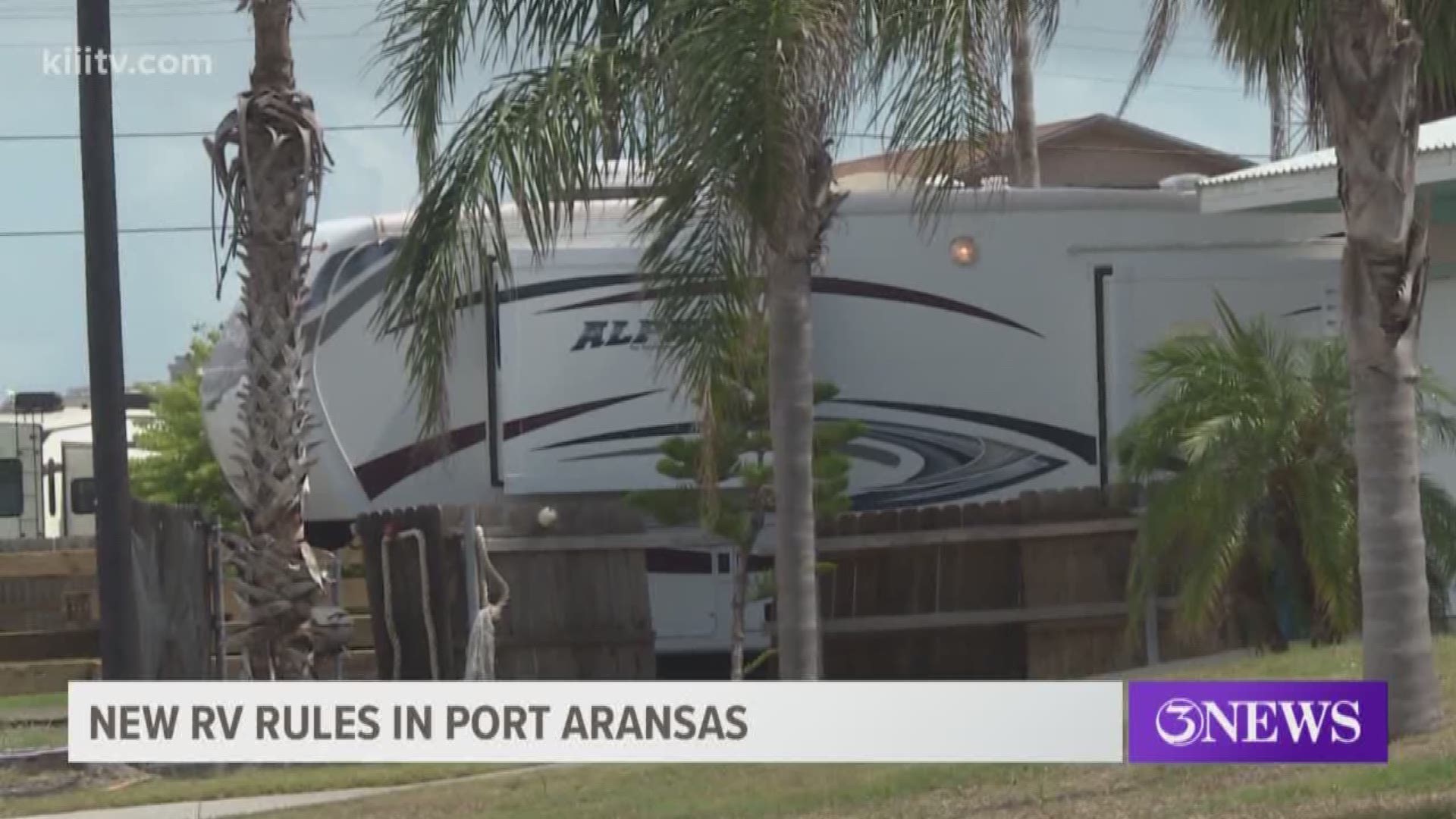 PORT ARANSAS, Texas — Port Aransas City Council is moving to get their residents to stop living out of RV's unless they have a building permit that shows they intend to rebuild their hurricane-damaged home.

City officials were seen handing out flyers Tuesday to residents who may still be living out of their RVs on their property. Officials said if residents don't stop that practice by the end of October, they could face fines.

The City of Port Aransas estimates that there may be up to 125 people with their RV's hooked up to utilities all around Port Aransas. Some residents may still be living in RVs after the hurricane, and others could be renting them out.

According to the City, RV's have to stop.

"We want to give everyone the benefit of the doubt that they're going to do the right thing. It's just, in Council's opinion, time to get back to as much normalcy as we can after a catastrophic hurricane like we had, so that's the idea. Certainly not to impede anyone's progress," Port Aransas City Planner Rick Adams said.

3News found a newly constructed home on 7th Avenue D, and resident Blakely Aycock living in an RV behind her dad's place. According to Aycock, she did not know anything about the changes to the RV rules in town.

"It sucks for the people who don't have anywhere to go. If they have a property, I don't see why it's a problem. I'm paying for that, for all the electricity. All that. So I don't get why it's a big problem," Aycock said.

Aycock will not be living in the RV forever because her dad is going to build a house identical to his on the spot where the RV sits.

Port Aransas is giving everyone in Aycock's situation until late October to get a building permit to start on the construction of a new home. If residents do not obtain a permit, they face a daily fine or even having their RV removed from the property by the City.