According to the lawsuit, the city is violating Texas law which currently prohibits cities from taking any action to regulate an oil and gas operation. 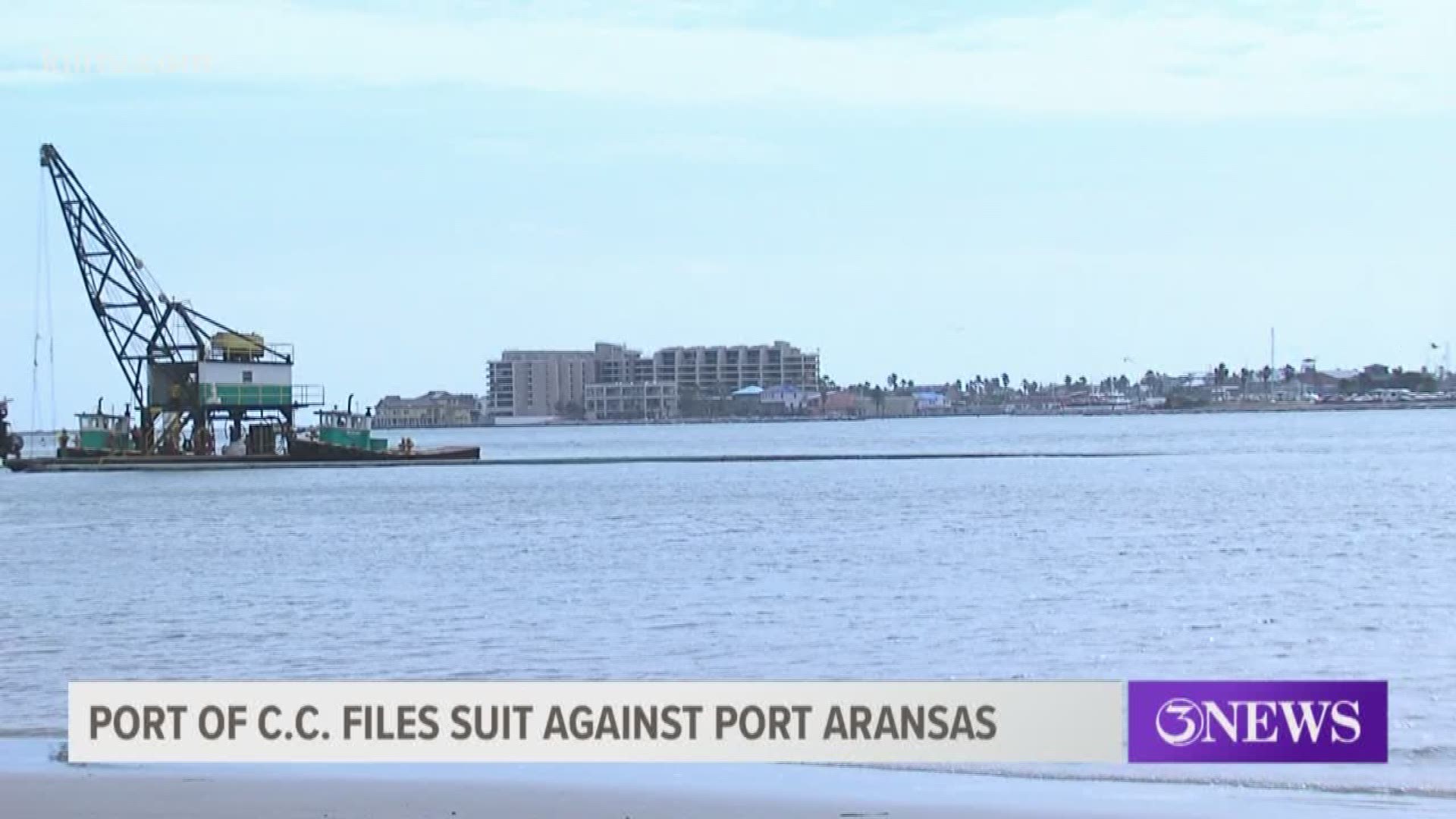 Termination could have a significant financial impact on Port Aransas because of the millions of dollars in annual revenue that the city receives from all the boat slips and charter services in that Marina.

The lawsuit is a direct result of a decision by the Port Aransas City Council to impose a moratorium on further heavy industrial development on Harbor Island where the Port of Corpus Christi intends to build a multi-billion dollar crude oil terminal.

According to the lawsuit, the city is violating Texas law which currently prohibits cities from taking any action to regulate an oil and gas operation.

The council vote also appears to violate a portion of the current lease agreement that expressly prohibits the City of Port Aransas from doing anything to adversely affect the development or expansion of the Corpus Christi ship channel.

3News reached out to the Port of Corpus Christi for comment. They declined, explaining they do not comment on pending litigation.

"We've been meeting with our attorneys and we disagree that our marina lease has been terminated as they say. Just to make the point absolutely clear -- We intend to vigorously defend our position," Port Aransas Mayor Charles Bujan said.

Officials say the moratorium needed to happen in order for the council to consider changing the zoning on Harbor Island, which is expressly prohibited under the existing lease agreement.

In the lawsuit, the Port of Corpus Christi does not ask for financial compensation. Instead, it seeks a rescinding of the Port Aransas City Council ordinance which they call unlawful.

Currently, there is no word whether Port Aransas council members would be willing to rescind the ordinance.

The lawsuit has not been assigned to a specific court.