It's a conversation that is being held by police personnel all across Texas. 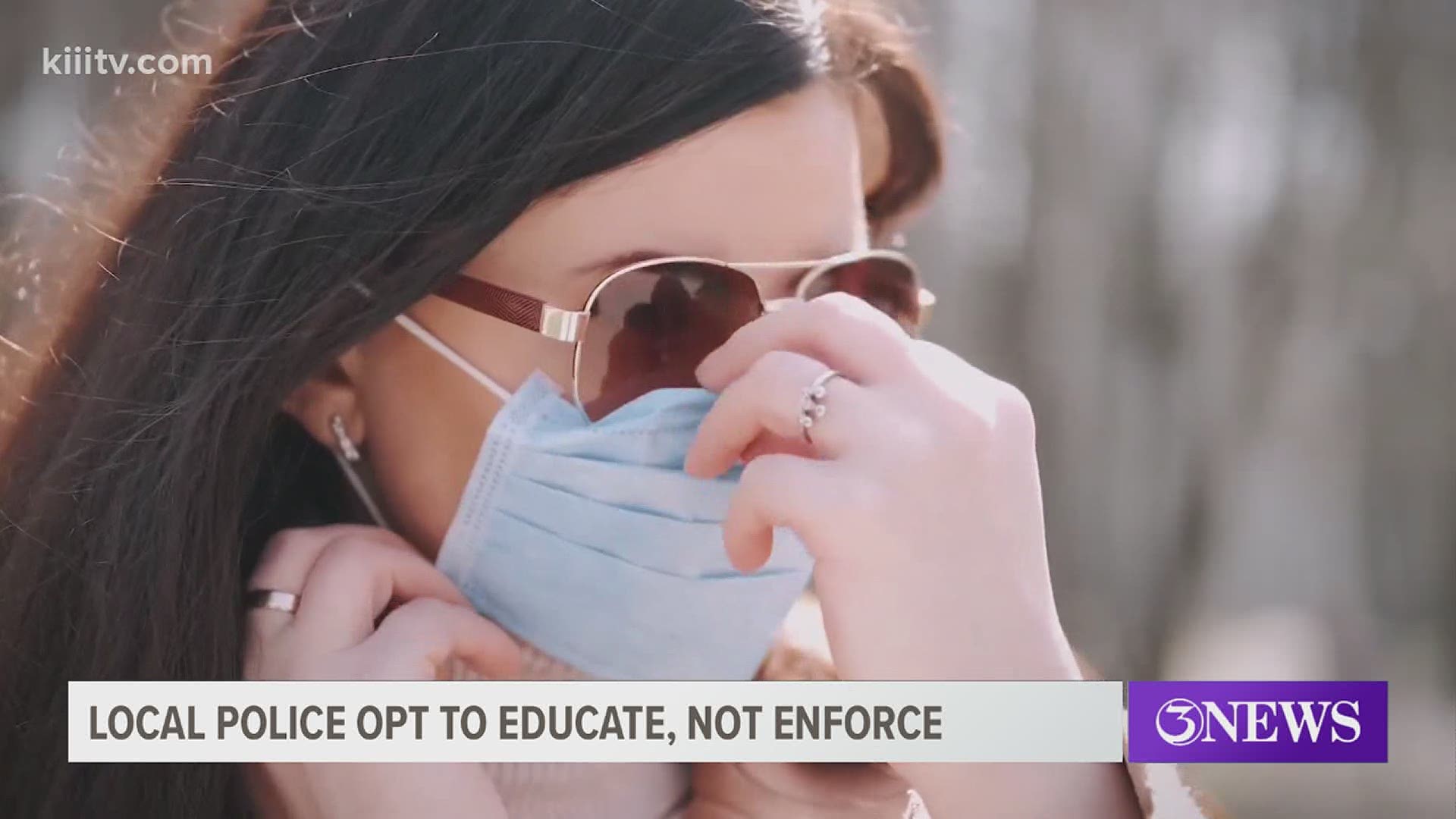 TEXAS, USA — When it comes to enforcing Texas Governor Greg Abbott's recent executive order mandating the use of masks or face coverings, not everyone is on board.

You may have seen the videos circulating with the fight at HardKnocks Bar and Grill where no one was seen wearing masks Saturday night. Earlier that same Saturday afternoon, dozens of people dueled at political rallies on the Corpus Christi bayfront.

When we asked the police for comments on their enforcement of the state and county mask orders, they told us several times they will not be enforcing the orders, and will instead try to educate the offenders. It's a conversation that is being held by police personnel all across Texas.

Portland Police Chief Mark Corey said his officers are using the order to educate the public about the safety measures and why they're so important.

"We've been checking businesses and all that we've seen are in compliance with the signage and we're continuing to you know do business walk throughs and make sure that everyone is wearing their mask as required by the governor's order," Chief Corey said. "At this point, we're not seeing any issues."

Even though the governor's mask order is meant to curb the infection rate, not all police departments are on board when it comes to enforcement.

Aransas Pass Police Chief Eric Blanchard said while his officers understand the governor's order, all they can do is educate.

"I'm not really expressing an interest one way or the other on the face mask order," Chief Blanchard said.

"If I can't detain somebody and compel them to participate in the enforcement of the action, I put myself and my officers at risk trying to take enforcement against somebody."

So what does the law actually allow?

Chief Blanchard said therein lies the question of enforceability and issuing a citation. That is up to the individual officer.

"That has been left for them to decide, but I deeply frown on that," Chief Blanchard said.

In speaking with several other law enforcement representatives in the Coastal Bend, all of them echoed the same sentiment, just wear a face mask, because you want to be safe.