City Manager Peter Zanoni said the fee is something the City has never had. 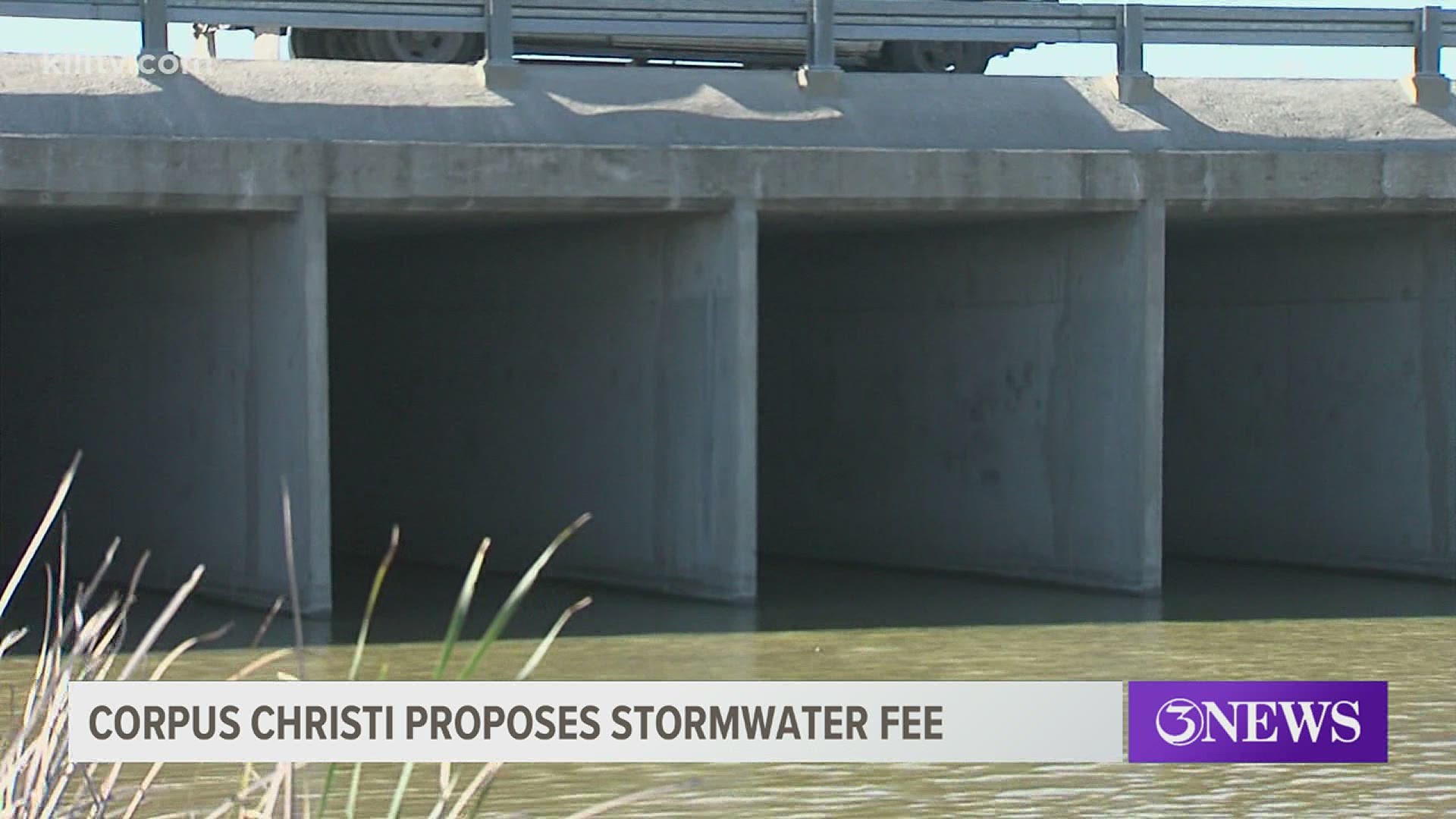 CORPUS CHRISTI, Texas — The Corpus Christi City Council has been presented with a $1.2 billion dollar budget for next year.

Part of that budget includes a proposed stormwater fee, something City Manager Peter Zanoni said we have never had.

Under the city’s current Stormwater Program, those who use a lot of water end up paying more for stormwater. However, as Zanoni pointed out at Tuesday’s council meeting, that is not fair because the two are not related.

This new approach would be based, instead, on stormwater runoff – figuring how much each property owner sends into the system.

To calculate the amount of stormwater runoff, the City would look at areas on each property that do not allow rainwater to soak into the ground. That would include concrete and rooftops.

Richard Martinez, Corpus Christi’s Director of Public Works said “When we’re looking at impervious cover and looking at what the runoff will be, it’s based on a fair structure. It brings it back to how much you’re discharging into the system and makes it a fair process across the board.”

Most customers would fall into Tier 2 of the proposed rate structure, paying $6.12 a month with a slight increase over each of the next four years. It is money that will allow the city to make what many consider to be overdue improvements.

According to Martinez, “Being able to do a standalone Stormwater Utility Fee allows us to build a comprehensive five year program that addresses a lot of things that are happening today in our city and in the system.”

So, what will you get for your money?

In 2022 alone, the City would be able to double arterial street sweeping, from four to eight times per year. That allows for garbage and other debris to be picked up before it enters our bays and estuaries.

The City would also be able to add another Ditch Maintenance Crew.

Martinez tells us that at this point, there is only one crew trying to maintain over 600 miles of open ditches.

In addition, a stormwater fee would allow something that the City Manager says is not happening now – the ability to televise and inspect underground pipes.

Zanoni pointed out in presenting the proposed City budget that pipe failure and collapses happen because they are typically not sure of the age or condition of those pipes. This money will help develop a plan to maintain those underground systems.

During August, the city will hold public meetings in each district to get input from residents on the proposed budget. All meetings begin at 6 p.m.