Jessica Wilson, who owns Oasis Counseling and Psychiatry, treats over 300 people with schizophrenia. 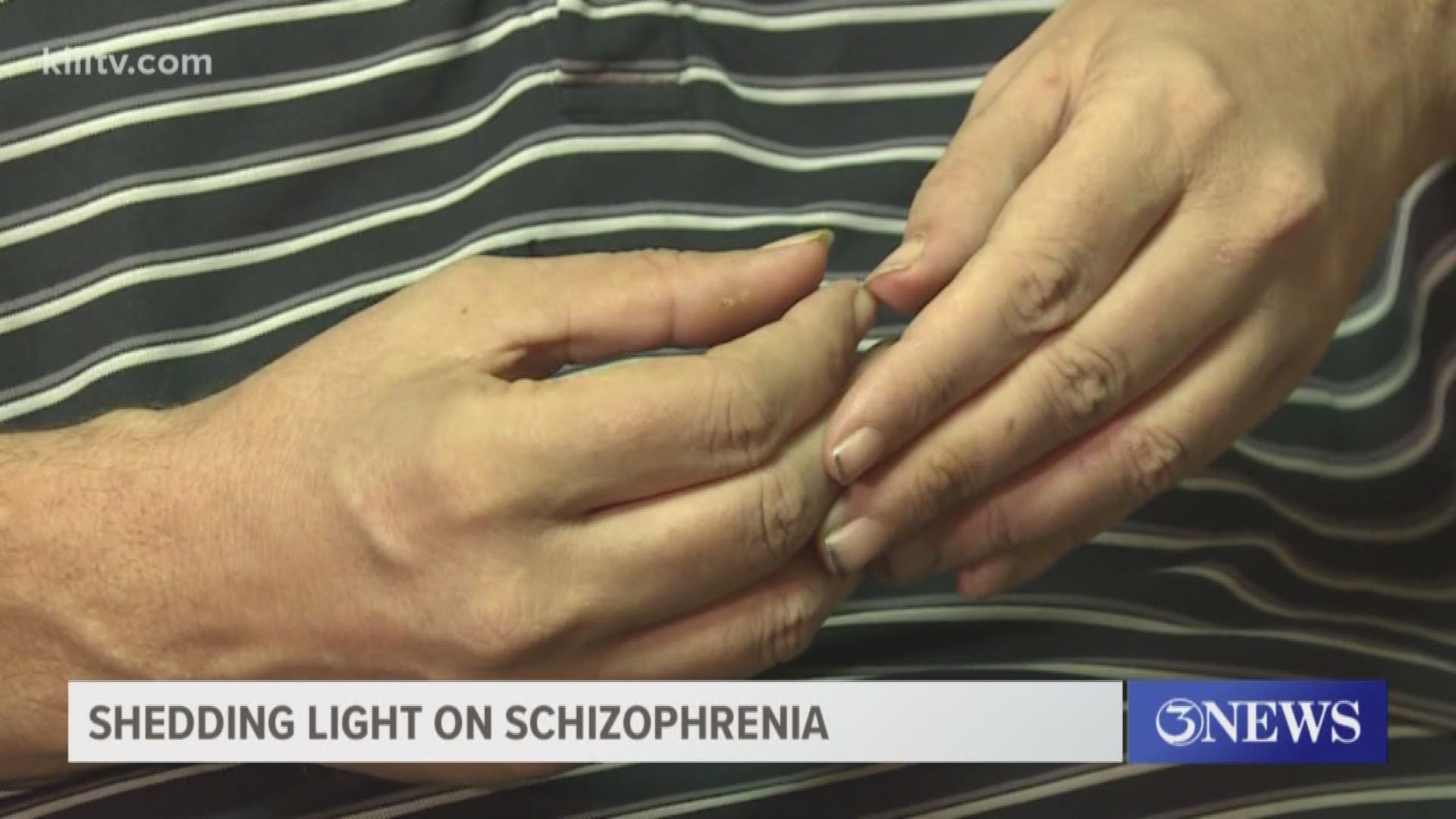 CORPUS CHRISTI, Texas — "Out of all the illnesses I treat, that has to be the most debilitating," Jessica Wilson, an Advanced Practice Registered Nurse referred to schizophrenia.

The mental illness can manifest in different ways in different people but, Wilson said, it affects how people think, feel and behave. Most of the time, she explained, the disease doesn't appear until people enter adulthood.

"When someone least expects it and they're the most healthy they are in their life and suddenly it's all, like taken away from them," she said.

After speaking several of her patients, Wilson decided to start a new type of therapy group; a meeting for people with schizophrenia.

"That would be great for them to have that support and be with people who are going through the same thing," she said.

Two of her patients with schizophrenia, Daniel Hudson and David King, recall what it was like when schizophrenia crept into their lives.

"I started having the delusions and that's when I started hearing voices and having hallucinations," David King said.

Luckily, both men were able to seek help.

"I completely lost control of myself I didn't know where I was who I was what I was doing luckily I was able to be picked up by a couple of cops that managed to get me into the hospital, they saved my life," King said.

Now, the men along with a couple other of Wilson's patients are excited about a group therapy setting. They hope to reach even more people in the Coastal Bend who haven't yet sought help.

"Schizophrenia can cause a flat affect where people don't even smile anymore and that- to see them smile and happy again just makes me feel like I've really done my job," Wilson said.