However, the minute you think Jim Lago has turned soft, he changed gears during his interview with 3News. 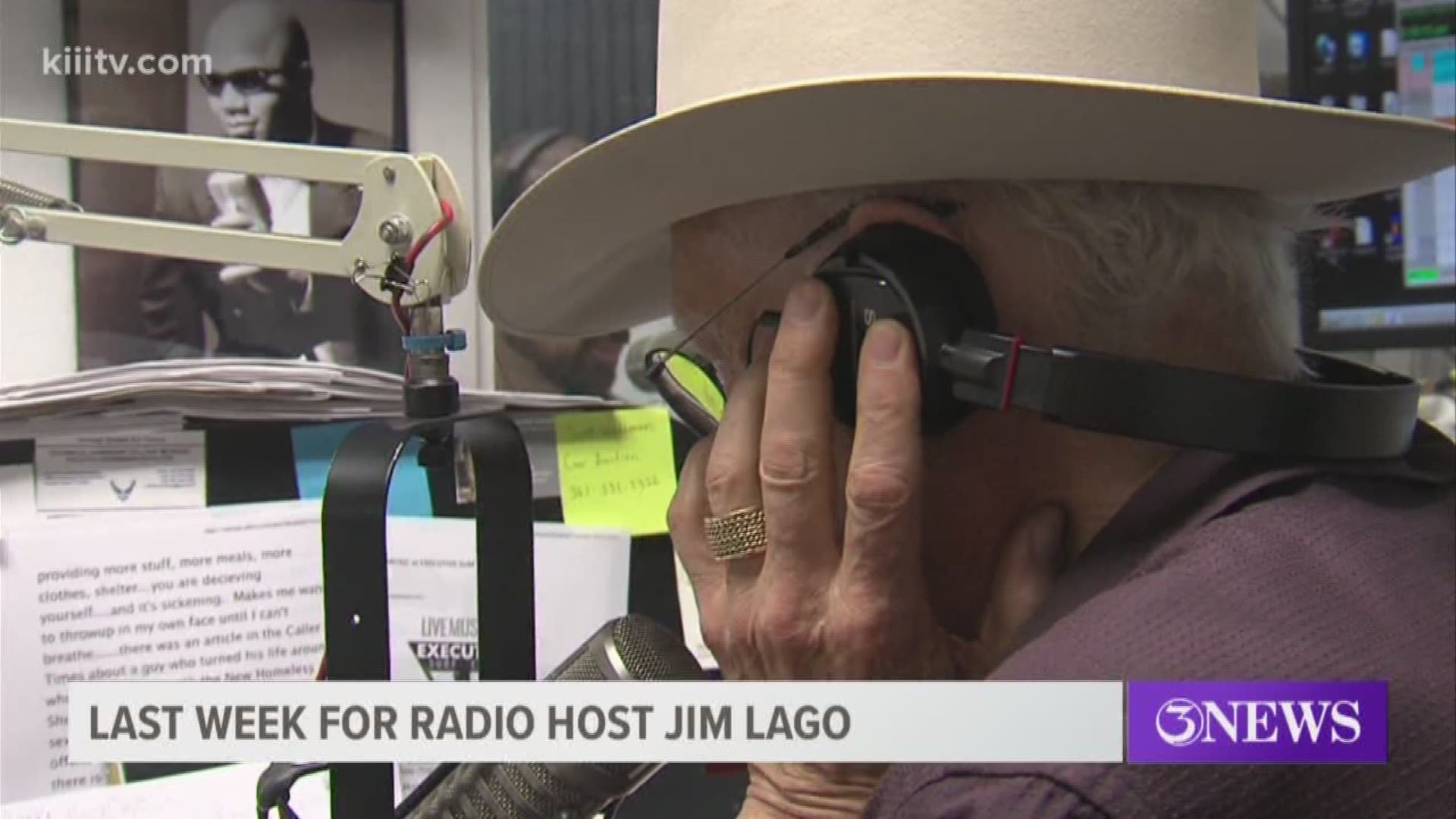 CORPUS CHRISTI, Texas — A longtime Coastal Bend radio talk show host is retiring this week; but before Jim Lago hangs up his mic, we wanted 3News viewers to see him in action and get his thoughts on his career.

Lago has been an institution on Corpus Christi radio for decades, and at the end of the week he is finally calling it quits.

"It's phenomenal, the people who listen to the show, and they represent a broad spectrum of the community. You just don't realize the impact on the community he's had over the years," McComb said.

Many have grown up listening to Lago in the Morning. All those years of being the most recognizable radio voice in town had the 74-year-old host feeling emotional on the air Wednesday morning.

"You just will never, I can't explain how deeply my gratitude is embalmed in me to be able to be of service to a community I love," Lago said.

However, the minute you think Lago has turned soft, he changed gears during his interview with 3News.

According to Lago, he plans on spending his retirement focusing on the true love of his life.

"I'm really happy that I can finally show my wife how much I love her, instead of just telling her all the time," Lago said.

Lago has two more shows to do, and that means two more opportunities for people to listen in as the local legend addresses the local issues of the day.