The two structures are slated to reopen in January and will mark a recovery milestone for the town since Hurricane Harvey made landfall. 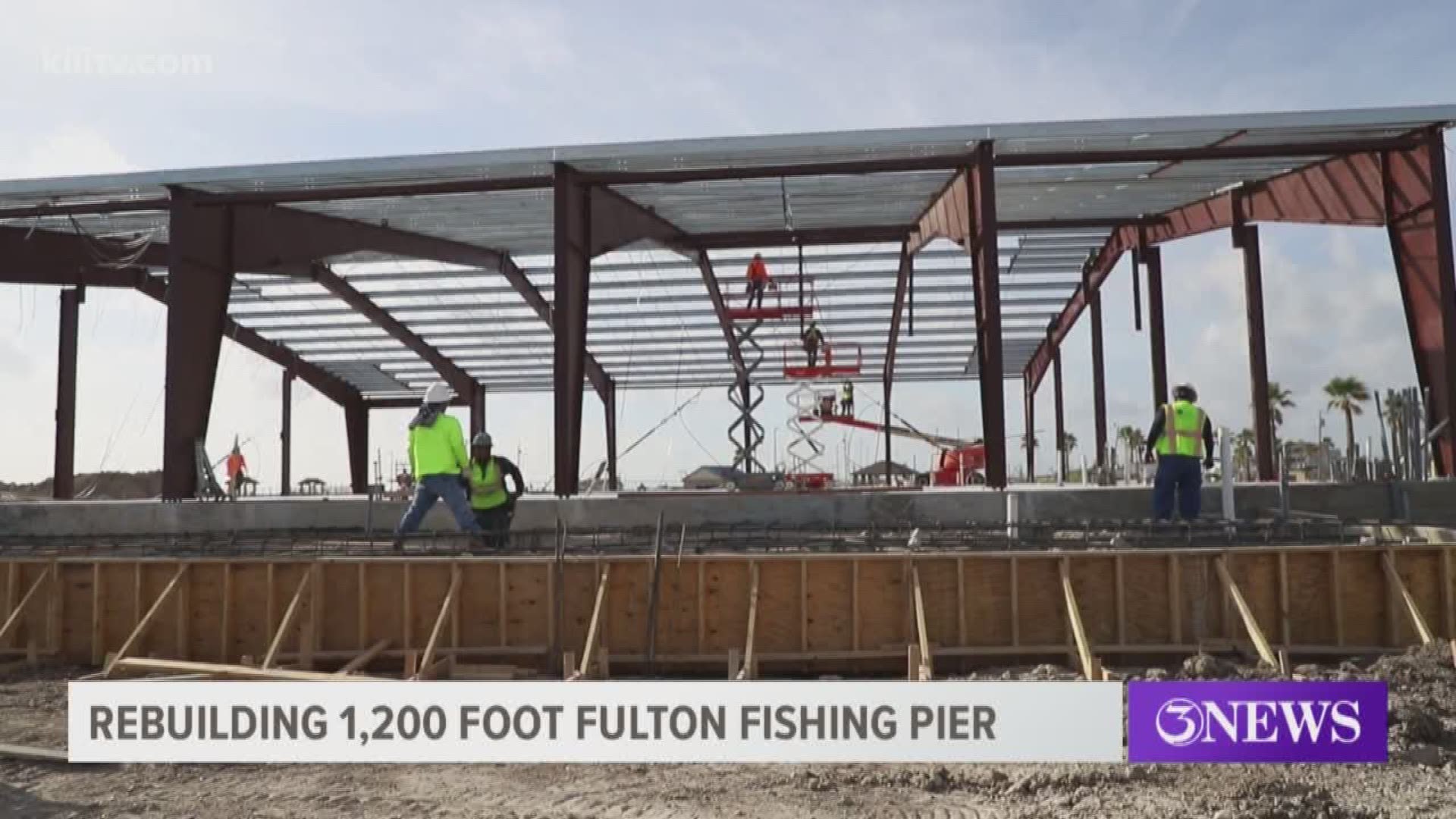 FULTON, Texas — The rebuilding of the Fulton, Texas, fishing pier and convention center destroyed by Hurricane Harvey two years ago will begin on Saturday.

Not only will the City of Fulton begin rebuilding the iconic fishing pier, but they will also be working on the new Fulton Convention Center's Paws and Taws building, which workers began building in late July. The two structures are slated to reopen in January and will mark a recovery milestone for the town since Hurricane Harvey made landfall.

"It's been here for a long time. Been a part of this community, a cornerstone of this community, and when it was destroyed it was hard to get over that," Mayor Jimmy Kendrick said. "We have a lot of community events, from Chamber of Commerce events to a ton of fishing tournaments."

Both the fishing pier and convention center are being rebuilt through grants from the FEMA Public Assistance program that total more than $3.8 million and cover 90-percent of the costs.