Visit Corpus Christi's strategic marketing in other cities seems to be working. 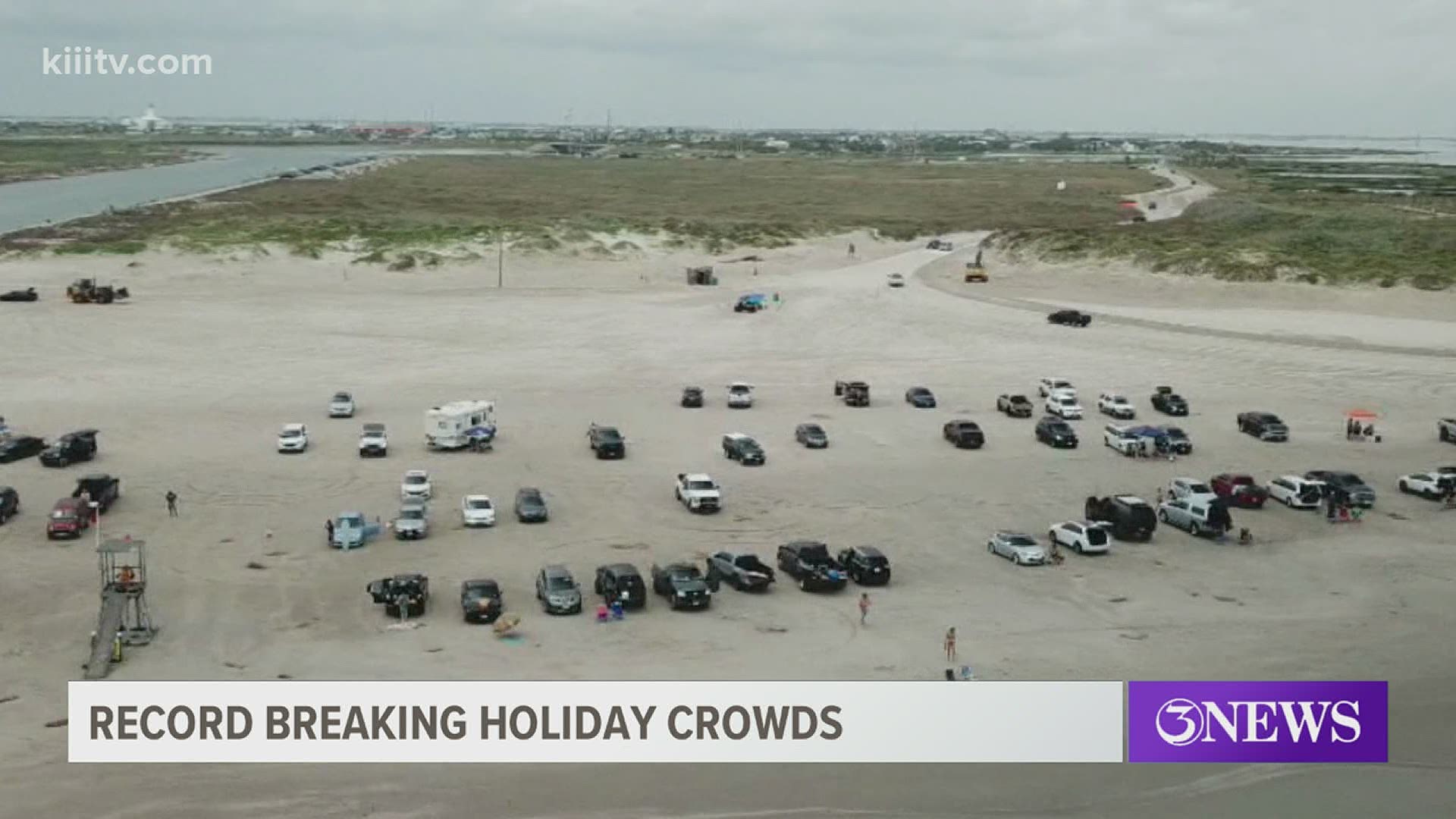 CORPUS CHRISTI, Texas — Over 150,000 people visited the city during the Memorial Day weekend according to numbers from the city's convention and visitor's bureau.

"Steve Banta, the executive director of the U.S.S. Lexington Museum reached out to me. Said it was their best Memorial Day Weekend they've ever had," Brett Oetting, President and CEO of Visit Corpus Christi said.

USS Lexington was not the only popular spot on the holiday weekend.

"Fred Sour at Doc's Seafood and Steaks out on The Island, they were on a 3 hour wait on Saturday at one point and said he walked out into the parking lot- he's never seen so many out of state vehicles in his parking lot at one time," Oetting said.

That was just some of the information passed along to city council this week on the number of visitors in our area for the holiday.

And the visitors... keep on coming.

"This last weekend was very, very busy as well. Obviously not as busy as a Memorial Day weekend but comparable to the week after Memorial Day last year, it was just as busy as well, Oetting said. "So two weekends in a row to kick start the summer- it's going to continue being record breaking crowds coming to Corpus Christi over this whole summer."

In his presentation, Oetting showed figures for the four day weekend which showed at least 150,000 visitors. A majority of the visitors were day trippers while almost 40 percent spent one to 3 nights in the city.

He also pointed out the importance of the more than 10 million tourists visiting the city each year including employing 24,000 hospitality employees, 22 million dollars in sales tax revenues and 26 percent of citywide sales tax collections.

The owner and manager of the House of Rock says he also saw great crowds on the holiday.

"It's a big mix. I've seen a lot of local faces of people we haven't seen in awhile which we're excited to see back. We try to talk with people as they come in. There's a lot of people who traveled up from Brownsville that we noticed. A lot of people coming from San Antonio and Houston, had quite a few people from Dallas who came down. So I feel like it seem people still aren't traveling by plane as much. They're in Texas. They want to get away."